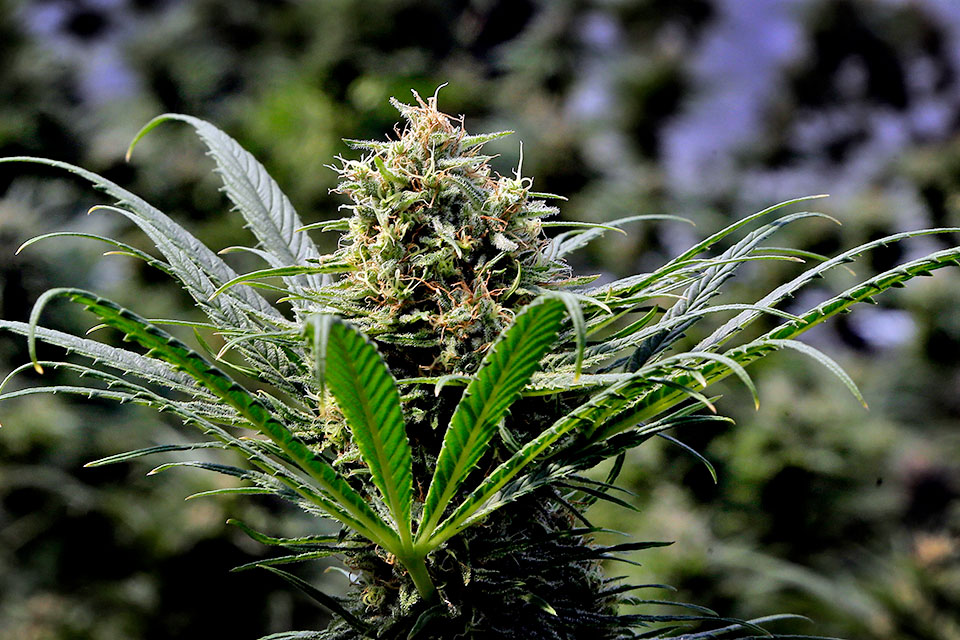 Mayors from Denver, Seattle, Portland, San Francisco, Los Angeles, Las Vegas and West Sacramento — all in marijuana-friendly states — sponsored a resolution at the U.S. Conference of Mayors in Boston that asked the U.S. government to remove cannabis from a list of illegal drugs, among other things.

It was approved unanimously by the broader gathering Monday, Larry Jones said, a spokesman for the conference.

Mayors from Oakland, California and Thornton, Colorado weren't sponsors but pledged to advocate for federal reforms.

"As mayors of cities that have successfully implemented and managed this new industry, we have hands-on experience that can help Congress take the right steps to support other local governments as they prepare to enter this new frontier," said Denver Mayor Michael B. Hancock, who led the coalition. "We all face common challenges."

"Cannabis prohibition has failed. It has failed to keep our children safe, it has failed law enforcement, and it has especially failed communities of color disproportionately targeted and prosecuted for low-level drug offenses," he said in an email Monday.

"Eventually, legalization will come to every state — and we want to make sure it's done so safely and effectively."

The resolution comes after Trump said he would "probably" back a bipartisan congressional effort to ease a U.S. ban on the drug that about 30 states have legalized in some form. The bill supported by both parties was introduced June 7 and would dramatically reshape the nation's legal landscape for pot users and businesses.

The federal ban that puts marijuana on the same level as LSD and heroin has created a conflict with states that have legalized pot in some form, creating a two-tiered enforcement system at the state and federal levels.

The legislation with four sponsors, including Republican U.S. Sen. Cory Gardner of Colorado, would ensure states have the right to determine the best approach to marijuana within their borders. Some U.S. restrictions would remain, however, including sales of non-medical pot to people under 21.

"I support Senator Gardner. I know exactly what he's doing," Trump told reporters in Washington, D.C., on Friday, when asked about the legislation. "We're looking at it. But I probably will end up supporting that, yes."

The mayors' resolution adopted Monday asks Congress, among other things, to:

The resolution's approval means that the U.S. Conference of Mayors as an organization will now create federal policy recommendations to submit to Congress starting next year.

This story has been corrected to say mayors from seven cities have formed a coalition to push for federal marijuana policy reform.