Organizers Hope Half a Million Will Rally for Gun Control 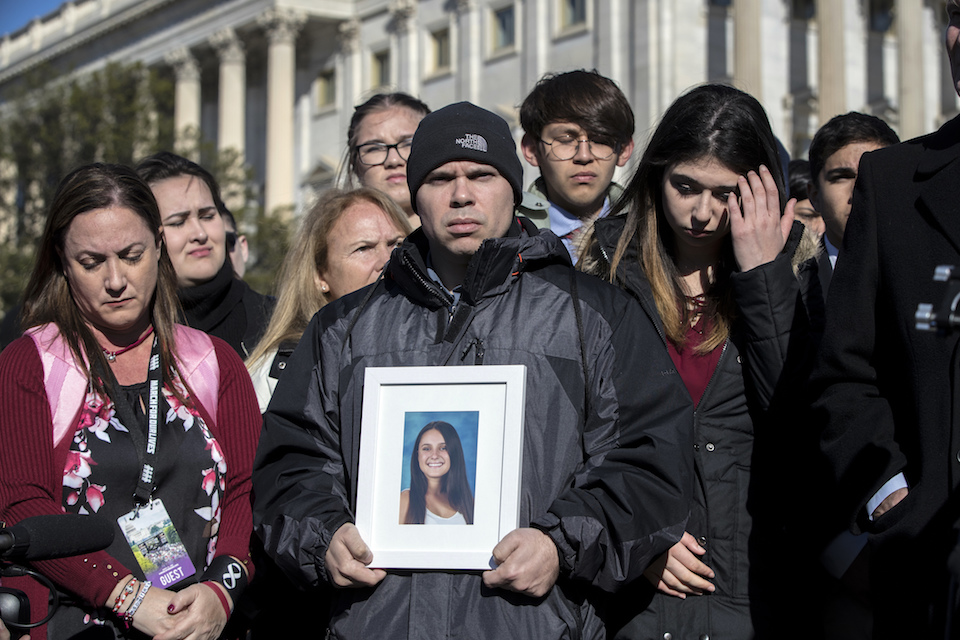 WASHINGTON (AP) — Thousands are gathering in Washington Saturday for a protest that organizers claim will be a defining moment in the long-simmering national debate over gun-control legislation.

Organizers of the March for Our Lives rally are hoping to draw 500,000 protesters; that would match last year's women's march and make this one of the largest Washington protests since the Vietnam era. It would also bolster claims that the nation is ready to enact sweeping changes to its gun control laws. More than 800 marches are planned in cities across America and dozens of locations overseas to be held at roughly the same time.

Washington is generally nonchalant about protests, but Saturday's gathering has prompted more attention and speculation than usual. Washington officials say they are prepared to handle the crowds — more prepared than they were for the women's march, which far exceeded the organizers' official predictions of 300,000.

The protesters, many of them high school students, claim that the youth leadership of this initiative is what will set it apart from previous attempts to enact stronger gun-control legislation.

In the wake of the Feb. 14 mass shooting at Marjory Stoneman Douglas High School in Parkland, Florida, the students have tapped into a powerful current of pro-gun control sentiment that has been building for years. They have also partnered with well-funded liberal groups such as Everytown for Gun Safety, the gun control advocacy group founded by former New York mayor and billionaire Michael Bloomberg.

Polls indicate that public opinion nationwide may indeed be shifting on an issue that has simmered for generations, and through dozens of mass shootings.

A new poll conducted by The Associated Press-NORC Center for Public Affairs Research, found that 69 percent of Americans think gun laws in the United States should be tightened. That's up from 61 percent who said the same in October of 2016 and 55 percent when the AP first asked the question in October of 2013. Overall, 90 percent of Democrats, 50 percent of Republicans and 54 percent of gun owners now favor stricter gun control laws.

But even with claims of historic social momentum on the issue of gun control, the AP poll also found that nearly half of Americans do not expect elected officials to take action. Among the questions facing march organizers and participants will be how to translate this one-day event, regardless of turnout, into meaningful legislative change.

One way is by channeling the current energy into mid-term congressional elections this fall. Students in Florida have focused on youth voter registration and there will be a registration booth at the Saturday rally.