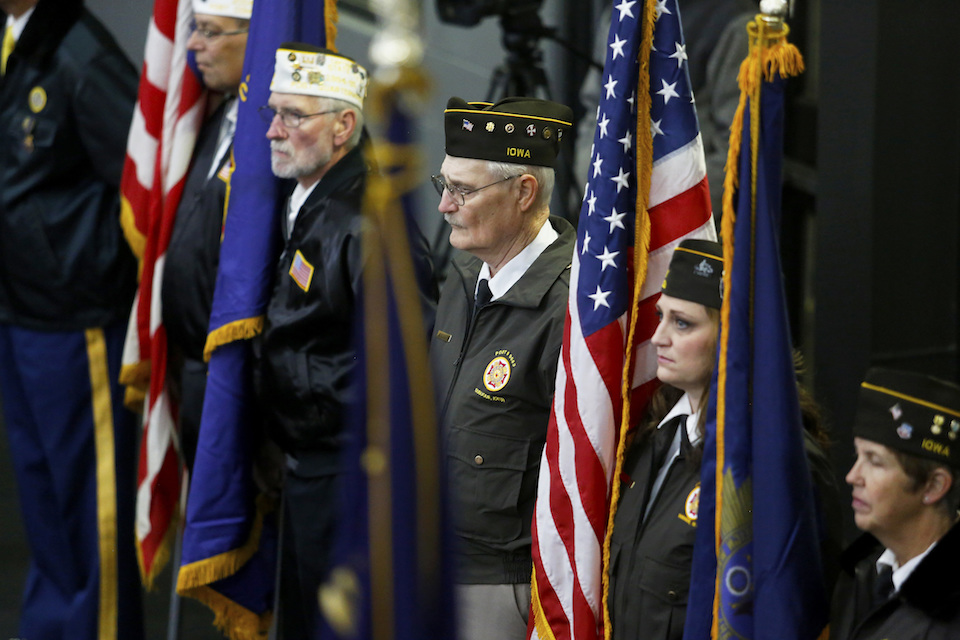 (THE CONVERSATION) On Nov. 11 each year, Americans honor military veterans who have transitioned to civilian status from active duty.
The cultural transition back to civilian life goes smoothly for some, but for others it is a challenging and sometimes lengthy process.

Those who have deployed overseas or spent a substantial amount of time in the military may even deal with “reverse culture shock” – that is, upon return, their home culture can feel distant and disorienting.

Along with the cultural transition, veterans may be coping with post-traumatic stress disorder. More recently, clinicians who work with veterans have identified an additional cluster of symptoms that are related to military deployment but do not fit the criteria for PTSD.

These symptoms fit with what has been called “moral injury.”

What is moral injury?

Moral injury can occur when a personal moral code – one’s understanding of “what’s right” – is violated. Most individuals develop this code in childhood based on instructions from parents, teachers and religious leaders.

This sense of morality can incorporate fundamental values of religious and legal doctrines such as “Thou shalt not kill” and “Do unto others as you would have them do unto you.”

Most of us occasionally stray from what our code says is right, but military service – especially in combat zones – can expose people to situations in which every available choice has morally fraught results.

One combat veteran who served in Afghanistan, for example, told my psychology of war class that he had shot and killed a child soldier who was about to fire on his men. He knew he had made the “right” choice, but the responsibility for a child’s death was still a heavy moral burden.

The moral conflict created by the violations of “what’s right” generates moral injury when the inability to reconcile wartime actions with a personal moral code creates lasting psychological consequences.

Psychiatrist Jonathan Shay, in his work with Vietnam veterans, defined moral injury as the psychological, social and physiological results of a betrayal of “what’s right” by an authority in a high-stakes situation.

In “Achilles In Vietnam,” a book that examines the psychological devastation of war, a Vietnam veteran described a situation in which his commanding officers used tear gas on a village after his unit had their gas masks rendered ineffective due to water damage.

The veteran stated, “They gassed us almost to death.” This type of “friendly fire” incident is morally wounding in a way that attacks by an enemy are not.

Psychologist Brett Litz and his colleagues expanded this to include self-betrayal and identified “perpetrating, failing to prevent, bearing witness to, or learning about acts that transgress deeply held moral beliefs and expectations” as the cause of moral injury.

A research study published in 1991 identified combat-related guilt as the best predictor of suicide attempts among a sample of Vietnam veterans with PTSD.

Details of the veterans’ experiences connected that guilt to morally injurious events. As the authors noted:
"
“One man, for example, shot and killed a woman who was advancing toward his patrol and did not heed his order to stop. She turned out to be wired with explosives, but the veteran ruminated about whether he could have stopped her by firing a warning shot or wounding her in the legs.”

A more recent study of active duty service members found that the connection between guilt and suicidal thoughts was strongest among those with combat exposure.

Another review of research concluded that service members who committed acts that violated accepted bounds of behavior were more prone to substance abuse and suicidal behavior. 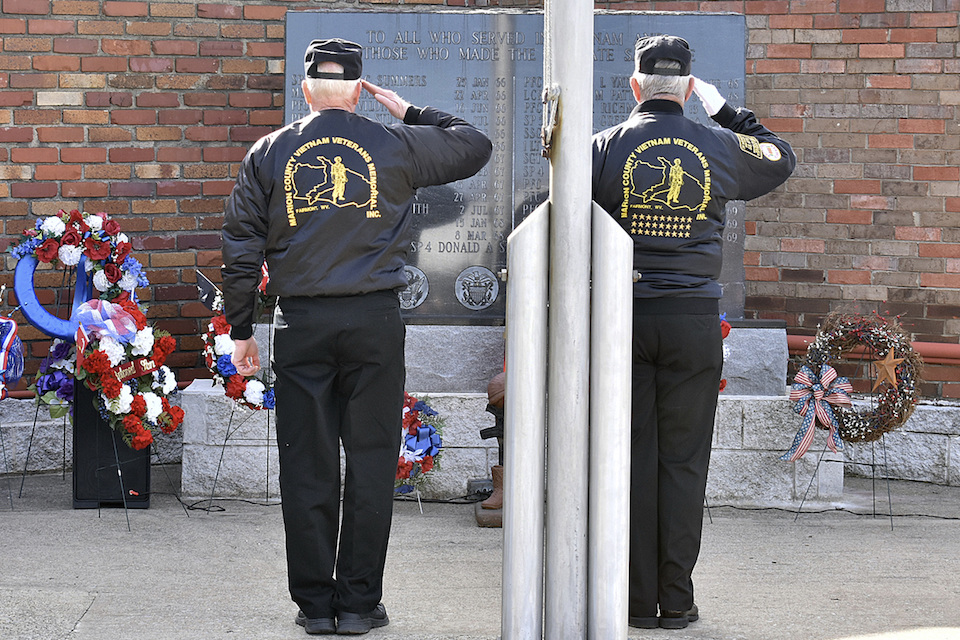 Photo: Members of the Marion County Vietnam Veterans Memorial, Inc salute the monument at the Vietnam Veterans Memorial at East Marion Park, Saturday, Nov. 11, 2017, in Fairmont, W.Va. The monument bears the names of Marion County residents who served in Vietnam. As each name was read Veterans walked in pairs to the monument to salute that individual who gave their life during the war in Vietnam. (Tammy Shriver/Times-West Virginian via AP)

Can moral injury be healed?

The truth is that military engagement will always involve morally problematic actions. However, healing from moral injury is possible.

Treatment can come in other forms as well.

Psychotherapist Edward Tick, for example, organizes trips to Vietnam for U.S. veterans to meet their Vietnamese counterparts, for the healing of decades-long wounds.

However, we don’t need to be trained therapists to make a difference. Everyday social connections can also help the morally injured heal.

For his dissertation, the second author of this article conducted a series of interviews with veterans exposed to potentially morally injurious events and found consistent differences between those with higher levels of depression and suicidal thoughts and those with fewer symptoms.

Veterans who weren’t doing so well felt isolated and lacked support by friends, family and peers.

Veterans with few symptoms felt supported by family, friends, peers and by their community.

That’s the rest of us.

When we discover that someone has a military background, replacing the perfunctory “Thank you for your service” – which rarely leads to a meaningful exchange – with questions that start a conversation can create a new connection.

The hopes, dreams, insecurities and mistakes of those who have served may be somewhat different based on their military background; many won’t be different at all.

More positive social connections aren’t just psychologically healthy for veterans and their families. They are good for all of us, on Veterans Day and every other day of the year.

This article was originally published on The Conversation. Read the original article