NBA Media Days Certain to Have Plenty of Trump Talk 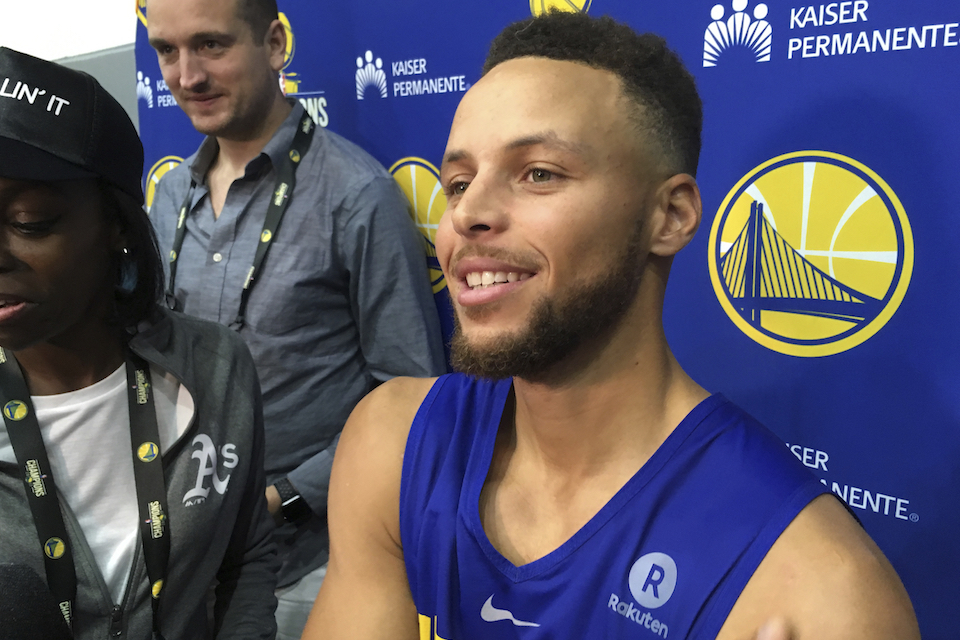 The most retweeted post ever sent by LeBron James before this weekend was one in 2013 in response to the incessant who's-better debate about him and Michael Jordan.

And then LJ took on POTUS , calling President Donald Trump a "bum." James' Twitter account exploded from there, the 640,000 and counting retweets making it one of the top 15 shared posts ever.

If James' tweet is any indicator, politics will be center stage across the NBA on Monday when 28 teams gather for their media days — the annual precursor to the start of training camps.

Carmelo Anthony will formally become part of the Oklahoma City Thunder on Monday, Kyrie Irving's first season in Boston will truly begin and Dwyane Wade is about to become a free agent after reaching a buyout with Chicago.

But those story lines, and probably all others, will almost certainly take a back seat to athletes reacting to politics.

"The decisions that players, athletes, people make to speak their conscience is their choice," Miami Heat President Pat Riley said.

"We live in a world where you have an opportunity to speak that conscience. ... There's tremendous power on the part of the players in this league, especially the players that have 10, 15, 20, 30 million followers, to make a statement in the right way. And I think those players have done it very well for the most part."

The intersection between sports and politics got very busy this weekend, starting on Twitter.

On Friday, Golden State star Stephen Curry said he didn't want to go to the White House for the traditional visit by championship clubs to meet with the president.

Trump spoke at a rally in Alabama that night and, among other things, bemoaned how some NFL players have knelt during "The Star-Spangled Banner" or partaken in other actions that the players say were designed to raise awareness about police treatment of blacks and other social injustice.

"Total disrespect for everything we stand for," Trump said about the kneeling.

Saturday morning, Trump tweeted that Curry was no longer invited to the White House. James weighed in with his tweet not long afterward, the Warriors ultimately said that Trump beat them to the punch — the inference being they weren't going to the White House anyway — and that tenuous marriage between politics and sport dominated the Sunday NFL news cycle with teams kneeling, sitting or in some cases sitting out for the national anthem.

So welcome back, NBA. Basketball will be talked about Monday, but probably not that much.

"I'm calling on everyone who has ever been a fan or a player, as a kid or as an adult, to affirm our shared values and to reject the President's comments in no uncertain terms," former NBA star and U.S. Senator Bill Bradley said Sunday.

"It's time to show up, united and cheering together and for one another, at the arenas and stadiums where our common love of the game and for our country takes flight."

Media days in the NBA are usually a mixture of basketball-related interviews, photo sessions and some frivolity. At Heat media day, Udonis Haslem traditionally commandeers his own camera crew and does his own interviews.

Coaches take questions en masse, often talking about what has to get done at training camp.

End-of-the-bench players often walk around in near total anonymity.

This year, all that will happen again. But inevitably, the questions about Trump and politics will also come. And based on James' tweet, people will clearly be listening to those answers.

"I have a deep respect for our nation's unwavering commitment to free speech and support all Americans' right to freely express themselves," Sacramento Kings owner Vivek Ranadive said.

"The President's recent comments are deeply disappointing, because our focus should be on fostering a culture of sensitivity and inclusion."