Shooting in One of Cincinnati’s Few Hip-hop Venues 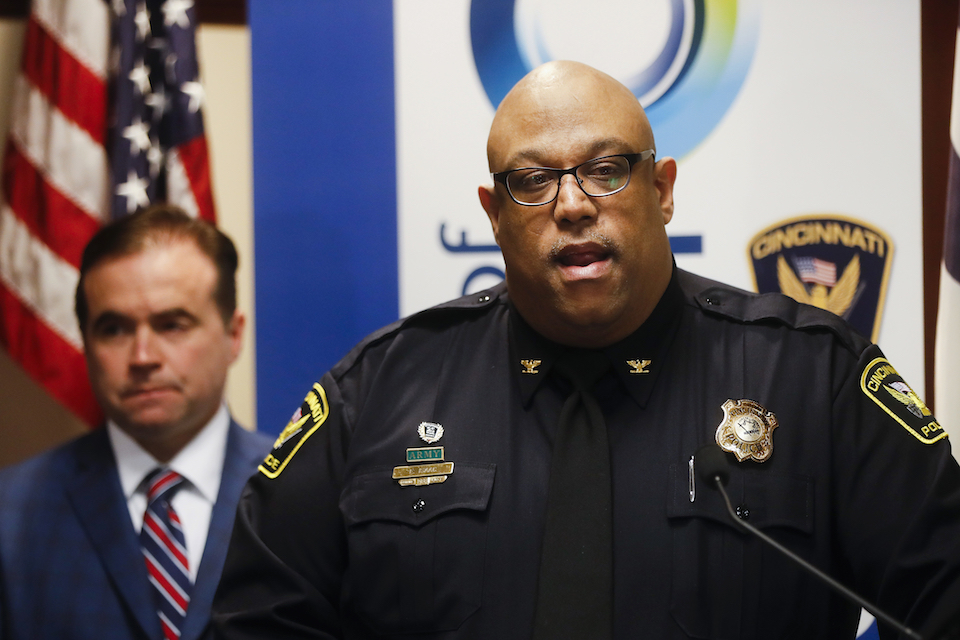 CINCINNATI (AP) — A gunfight broke out inside a crowded Cincinnati nightclub early Sunday, leaving one man dead and 15 others wounded after a dispute among several patrons escalated into a shootout, authorities said.

No suspects were in custody by late afternoon in the shooting at the Cameo club, which has a history of gun violence, and police said there was no indication of any terrorism link.

Police began receiving calls at 1:30 a.m. about gunshots at the club near the Ohio River east of downtown Cincinnati. Isaac said some 200 people were inside the club, one of the few hip-hop venues in the city, for music and dancing.

Isaac identified the dead man as 27-year-old O'Bryan Spikes, but provided no other details. He said 15 others were injured, with some already treated and released from hospitals.

"What we know at this point in the investigation is that several local men got into some type of dispute inside the bar, and it escalated into shots being fired from several individuals," Isaac said. It wasn't clear how many people fired shots. 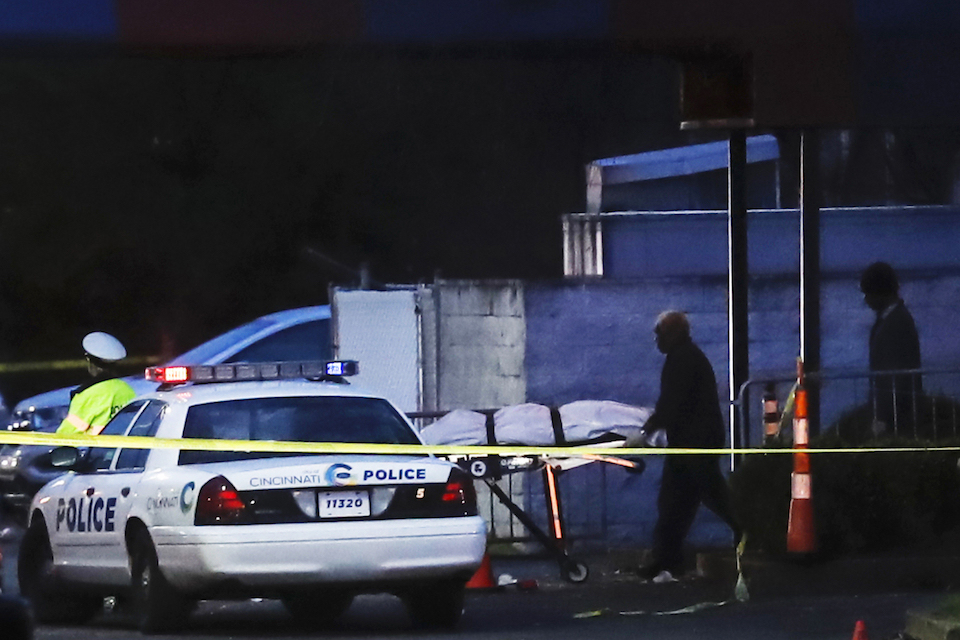 PHOTO: A body is removed as police work at the Cameo club after a fatal shooting, Sunday, March 26, 2017, in Cincinnati. (AP Photo/John Minchillo)

Club patron Mauricio Thompson described a chaotic scene in which as many as 20 shots were fired as people scrambled to get away. He said there was a fight and people were yelling for security to intervene before the gunfire began.

"Once I got outside, people coming out bloody, gunshot wounds on them, some of their friends carrying them to the car, rushing them to the hospital," Thompson told WCPO-TV. "It was just crazy."

Isaac said the club has its own security operation that uses detection wands and pat-downs, but that police believe several firearms got inside. Four officers were working security in the club's parking lot and some tried unsuccessfully to revive the man who died.

Cameo's Facebook profile says it caters to college students on Friday nights, when anyone over 18 is allowed in, while Saturdays are "grown and sexy night" for ages 21 and older.

The club has a history of gun violence, including a shooting inside the club on New Year's Day in 2015 and one in the parking lot in September of that year, City Manager Harry Black said.

Police Capt. Kim Williams said there was "just a lot of chaos, obviously, when shots were fired."

"Saturday night, it is a very young crowd. We have had incidents here in the past, but this is by far the worst," she said.

Referring to initial speculation about possible terrorism, Mayor John Cranley said: "What difference does that make to the victims? Innocent people were shot."

He called the shootings "unacceptable" and said authorities would work to find ways to prevent such violence.

A single body was removed by the coroner shortly after 6 a.m. A federal Bureau of Alcohol, Tobacco, Firearms and Explosives team was also at the scene.

Among the injured, five were treated at the University of Cincinnati Medical Center and released, hospital spokeswoman Kelly Martin said. She said two people were in critical condition and another two were listed in stable condition. She had no details on the types of injuries or the ages of the victims.

Other injured people were taken to or drove themselves to other hospitals.

Authorities asked anyone with information to come forward. Investigators were checking to see if surveillance cameras were working, Williams said.
An Associated Press phone call to the club Sunday morning went unanswered.

The area is mostly industrial but also home to several nightclubs with a smattering of homes. A regional airport is nearby.

The neighborhood is fairly desolate at night, with the exception of the nightlife scene and 24-hour gas stations. The road where the club is located was easily cordoned off by a single police cruiser and officer at either end.

First responders had problems reaching the shooting victims because the parking lots were full, Sgt. Eric Franz told the Cincinnati Enquirer.
Ohio Gov. John Kasich said on Twitter that he was "saddened to learn about last night's shooting" and that he was offering the state's assistance.