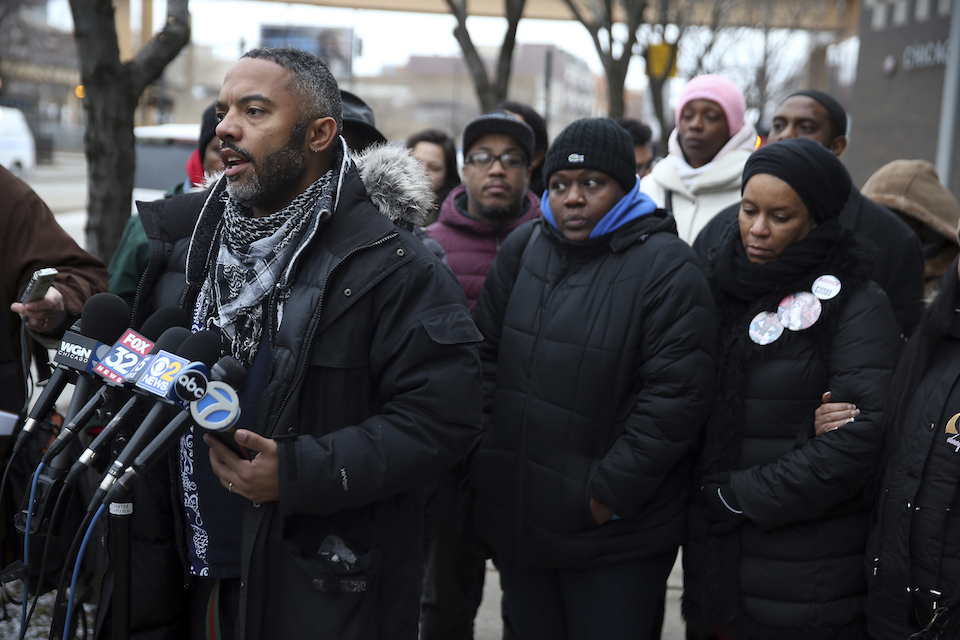 CHICAGO (AP) — Chicago officials are pledging to revamp the city Police Department following a scathing federal report, but a change in presidential administrations could spell uncertainty for the critical next step in the process: negotiating a court-enforceable improvement plan with the Justice Department.

A report released Friday in the final days of Attorney General Loretta Lynch's tenure found that police in the nation's second-largest department had violated the constitutional rights of residents for years, including by frequently using excessive force, shooting at people who did not pose imminent threats and using stun guns on others only because they refused to follow commands.

The report was the culmination of a yearlong investigation, one of about two dozen civil rights probes of local law enforcement agencies undertaken by President Barack Obama's Justice Department.

The findings come just a week before Donald Trump is sworn in as president, marking a change from a Democratic White House that has strongly backed the review process to a Republican one that has expressed far less support for federally mandated overhauls of troubled police agencies.

The Justice Department began investigating the police force in December 2015 after the release of dashcam video showing a white officer shooting black teenager Laquan McDonald, who was hit 16 times as he held a small folded knife while walking away from police.

The video of the 2014 shooting, which the city fought to keep secret, inspired large protests and cost the city's police superintendent his job.

The report's conclusions were unsparing, blaming "systemic deficiencies" within the department and the city, including insufficient training and a failure to hold bad officers accountable for misconduct.

The federal government's recommendations follow an especially bloody year on Chicago streets. The city logged 762 homicides in 2016, the highest tally in 20 years and more than the combined total of the two largest U.S. cities — New York and Los Angeles.

Mayor Rahm Emanuel said the results of the investigation were "sobering" and pledged to make changes beyond those the city already has adopted, including de-escalation training and stricter use-of-force policies.

Federal authorities and city officials have signed an agreement that offers a broad outline for reform, including commitments to improved transparency, training and accountability for bad officers.

The Justice Department and the city will negotiate a final settlement to be enforced by the courts. 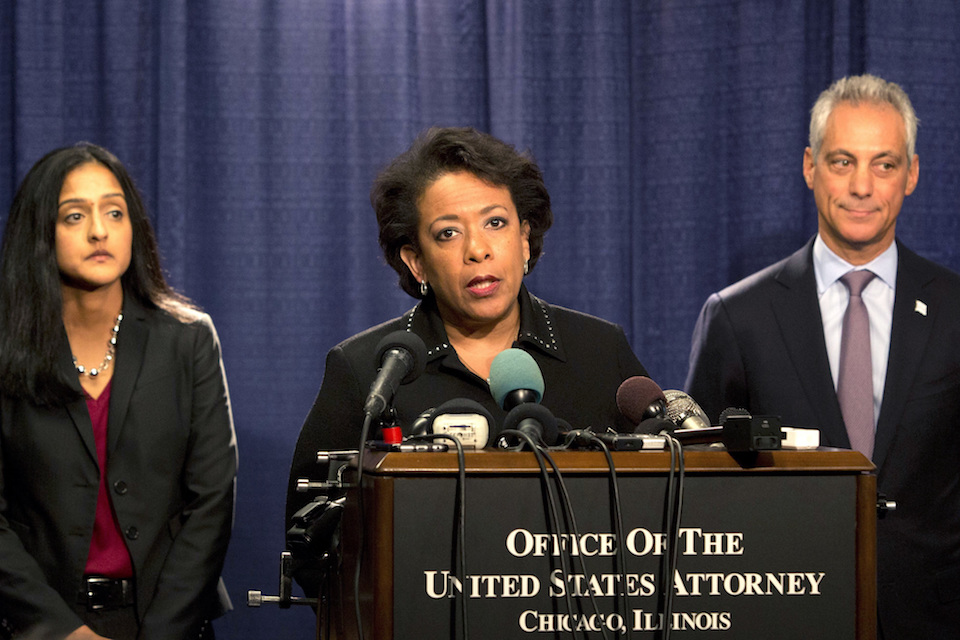 Attorney General Lynch said the report lays "the groundwork for the difficult but necessary work of building a stronger, safer, and more united Chicago for all who call it home."

She was pressed to address questions about the fate of the investigation under the Trump administration, and insisted that talks between Chicago and the federal government about police reforms would continue regardless "of who is at the top of the Justice Department."

The Justice Department has opened 25 investigations in the last eight years, including into police in Cleveland, Albuquerque and Ferguson, Missouri.

Many of them have ended with consent decrees, which are submitted in court and commit an agency to major changes. Officials have moved quickly to resolve major cases before the end of the administration, reaching a consent decree with Baltimore on Thursday.

At his confirmation hearing this week, Alabama Sen. Jeff Sessions, who is Trump's pick for attorney general, expressed ambivalence about the federal review process. He said he was concerned that broad investigations of police departments risk smearing an entire agency and harming officer morale.

Jonathan Smith, a former Justice Department civil rights attorney who oversaw investigations into police forces, said it's logical for the department to want to conclude the investigation before a new administration comes in, regardless of the party.

He said he expected a consent decree to be reached given the connection between the violence in Chicago, which has attracted Trump's attention, and the Police Department's troubles.

"Moving forward, people are going to have to do something, and I think they will," he said.

Less confident were Black Lives Matter activists in Chicago, who said they did not trust Emanuel to follow through with vows to pursue reforms.

"I don't believe him any more than I believed him when he said that he never saw the Laquan McDonald video before the public saw it," said Arewa Karen Winters, who said she was the great-aunt of 16-year-old Pierre Loury, who was fatally shot by police last year.

Lynch, in an interview with The Associated Press this week, said it was the federal government's job to investigate and hold police accountable.

The Chicago department, with 12,000 officers, has long had a reputation for brutality, particularly in minority communities. The most notorious example was Jon Burge, a commander of a detective unit on the South Side.

Burge and his men beat, suffocated and used electric shock for decades starting in the 1970s to get black men to confess to crimes they did not commit.

Chicago has spent more than half a billion dollars to settle claims of police misconduct since 2004, but police did not conduct disciplinary investigations in half of those cases, the report says. Of 409 police shootings that happened over a five-year period, police found only two were unjustified.

The Justice Department criticized the city for setting up barriers to getting to the bottom of police misconduct, including provisions in union agreements, a failure to investigate anonymous complaints or those submitted without a supporting affidavit, and a "pervasive cover-up culture."

The report said that witnesses and accused officers were frequently never interviewed at all, that evidence went uncollected and that witnesses were routinely coached by union lawyers — "a dynamic neither we nor our law enforcement experts had seen to nearly such an extent in other agencies."

The head of Chicago's police union said the Justice Department hurried the investigation to release its findings before Trump takes office.

In a statement sent minutes before the report was posted online, Fraternal Order of Police President Dean Angelo questioned whether the investigation was compromised because of its timing.
___
Tucker reported from Washington. Associated Press writer Carla K. Johnson in Chicago contributed to this report.