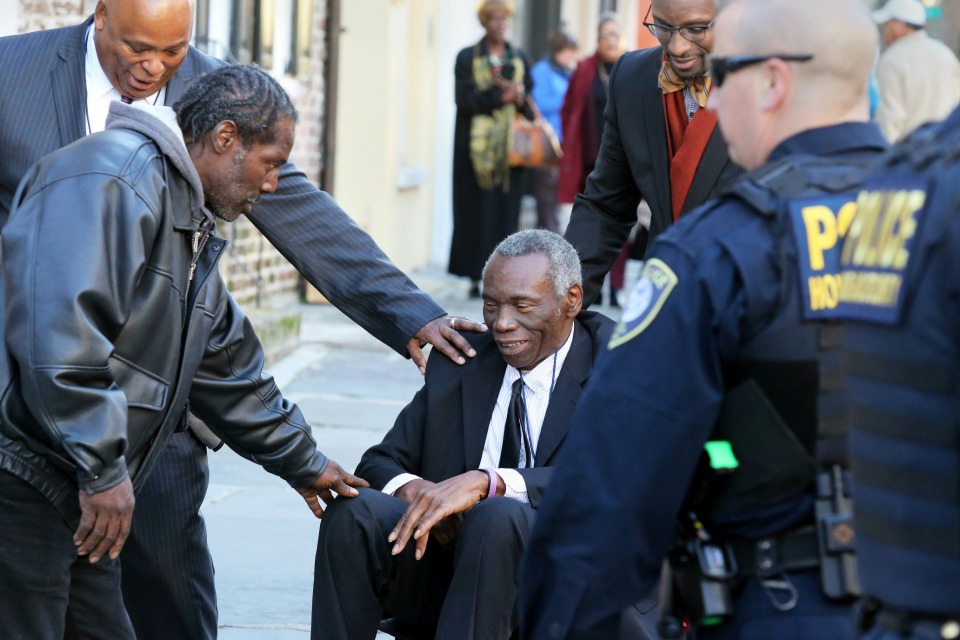 CHARLESTON, S.C. — Dylann Roof told a judge Wednesday he doesn't plan to call any witnesses or present evidence to ask a jury to spare his life for killing nine black worshippers at a Charleston church in a hate crime.

But there also is mystery evidence that Roof is working hard to make sure the public never sees in his federal death penalty trial.

Roof, who is acting as his own attorney in the penalty phase to prevent what he thinks would be further embarrassment to himself or his family, again was warned by U.S. Judge Richard Gergel at a hearing Wednesday that being his own lawyer was a bad idea.

"That's your decision," Gergel told Roof. "I think that highlights my advice to you that you aren't served by being your own counsel."

Gergel told Roof to talk to his grandfather, who is a lawyer, and other family members one last time. He told Roof he has until the start of the penalty phase Tuesday to change his mind and hire his high-powered, publicly funded defense team back.

The same jurors who convicted Roof earlier this month on 33 counts including hate crimes and obstruction of religion will return next week to decide if he faces life in prison without parole or the death penalty.

Roof spoke for less than 10 minutes of the 35-minute hearing Wednesday. He told Gergel he does plan an opening and closing statement. He then told the judge he objects to prosecutors' plans to present a photograph of evidence in the court's possession. Roof, Gergel and assistant U.S. Attorney Jay Richardson all carefully tiptoed around saying what that evidence was.

Gergel did say there was a hearing in which he decided it could be admitted in the penalty phase.

Roof also wanted a jailhouse statement left out of the penalty phase and evidence that involved his mother. No specifics were given. Gergel told Roof to go back to jail and write a motion for him to consider. Roof's ankle chain clanked as he walked back to the defense table in his jail jumpsuit.

Prosecutors also laid out their case. Most of the penalty phase will involve up to 38 people related to the nine people killed and the three people spared when Roof went into Emanuel African Methodist Episcopal Church on June 17, 2015, sat through a 45-minute Bible study in the fellowship hall, then fired 77 shots as many of the worshippers hid under tables.

Gergel, who complained during the guilt phase that prosecutors were repeating themselves at times with witnesses, said he will allow Richardson to call as many witnesses related to the victims as he wants.

"The statute provides broad leeway for the victims to be heard, and I plan on honoring that," the judge said.

Richardson said he also will call the chief FBI agent on the case to tie up loose ends and refresh jurors' memories.

Gergel spent much of the hearing going over the format of the penalty phase with Roof, warning him several times he was likely doing himself no favors leaving his defense team as just advisers to file briefs.

After saying he planned no witnesses, Roof told Gergel he was just answering the same question the judge had asked prosecutors. Gergel said that wasn't necessary.

"Don't do them any favors," the judge said. "They aren't going to do you any."