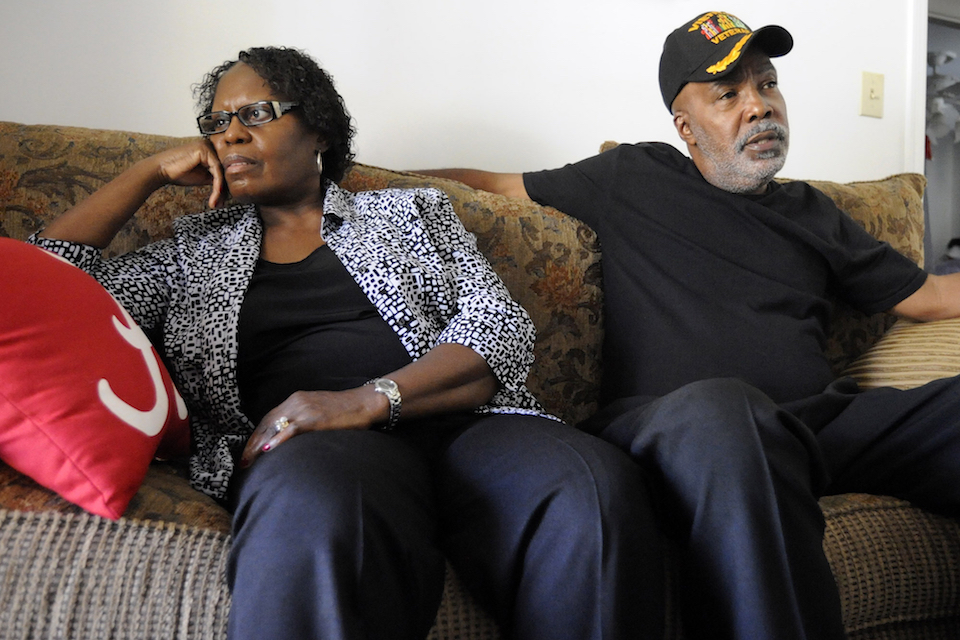 BIRMINGHAM, Ala. (AP) — Across America, many members of minority groups awoke Wednesday to something that had seemed an implausible nightmare just a day earlier: President-elect Donald Trump.

After a race that shattered norms of civility and restraint, Trump's ascendency to the White House on the power of overwhelming white support left some with the sinking feeling that they now live in a country where they simply don't matter. Some said they even worry that they are potentially in danger because of the color of their skin, the God they worship or the language they speak.

"I'm like literally an enemy of the state now," said Black Lives Matter activist Mercutio Southall, 32, who was roughed-up by Trump supporters a year ago after disrupting one of the candidate's rallies in Birmingham.

Trump received minority votes in his stunning win over Democrat Hillary Clinton, and he made conciliatory comments about unity in his victory speech. But some minority citizens who didn't support the Republican nominee said they fear what the next four years might bring.

"It looks like we are going back to the back of the bus," said NAACP member George Rudolph, 65, a black Vietnam veteran whose wife Sarah was seriously injured in the Ku Klux Klan church bombing that killed four black girls in Birmingham in 1963. 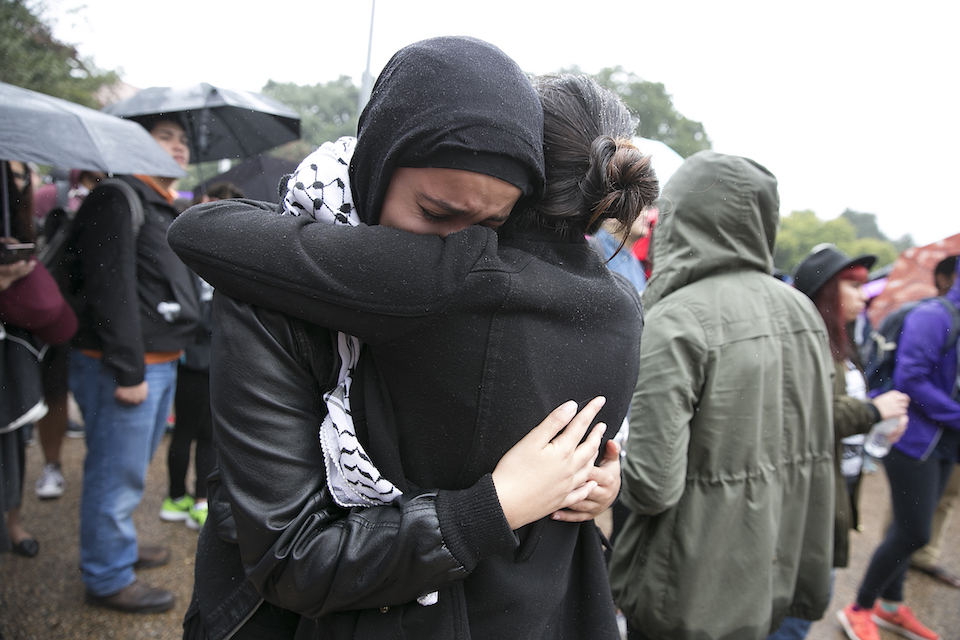 Photo:Sarah Collins Rudolph and her husband, George Rudolph, discuss their worries about the upcoming Donald Trump presidency in their home in Birmingham, Ala., on Wednesday, Nov. 9, 2016. Sarah Rudolph survived a church bombing that killed her sister and three other black girls in Alabama in 1963. (AP Photo/Jay Reeves)

In Los Angeles, just hours after Trump was projected as the next president, Martha Arevalo of the Central American Resource Center said her office already was fielding calls from immigrants who fear they will be targeted for deportation under a Trump presidency.

The nature of the divided vote is behind some of the concern. After promising to "make America great again" — which some heard as a call to return the nation to a time when white men ran almost everything — Trump won the presidency with staggering support from white men. Exit polls and unofficial returns reflected that his backers were older, more male and overwhelmingly white compared to Clinton supporters.

Clinton drew support from a diverse coalition resembling the one that twice elected Barack Obama as president. She carried women, young voters and nonwhites with margins that could leave her actually winning the national popular vote while losing the electoral tally.

At North Carolina Central University in Durham, sophomore Jamon Carlton said he still hadn't figured out how Trump had won in a country that seemed to embrace hope and the inclusion of everyone eight years ago. He worried Trump's victory might embolden closet bigots and lead to more dangerous displays of anger.

"It could become confrontational. Man, I hope it doesn't come to that," said Carlton, who voted for Clinton.

Bennett McAuley and Derrick Swick, a gay-transgender couple in Durham, said they feel especially vulnerable just weeks away from a Trump presidency. "Hell, I'm a white man and this is a really uncomfortable morning," Swick said.

Just hours after Trump' election, the head of Alabama's largest Islamic congregation said he awakened to messages from female Muslims worried about whether it was safe to wear their religious coverings in public.

"People on social media and otherwise are very concerned about all the talk about banning Muslims and having Muslims to register, so there is a lot of concern," said Ashfaq Taufique, president of the Birmingham Islamic Society.

A campaign is asking all Americans to pledge they will sign up as Muslims if Trump follows through on a campaign pledge to make Muslims register.

Trump has tried to walk back some of his harshest campaign comments, such as calling Mexican immigrants "rapists;" proposing a ban on Muslims entering the United States, and advocating mass deportations. His victory speech struck a gentler tone that some found encouraging, and Clinton noted that Trump had won the right to govern.

"We owe him an open mind and a chance to lead," she said in her concession speech.

Imelda Salazar, an immigrant rights organizer in Chicago, isn't there yet. She broke down into tears while discussing Trump's win.

"I haven't slept. I'm sad. I'm angry and all that," she said. "But one thing that stands out the most is I'm not alone."

Javier Benavidez, executive director of the Southwest Organizing Project in Albuquerque, New Mexico, said activists there likely would hold peaceful demonstrations each time Trump visits the state as president. For now, they plan a Native American healing ceremony in reaction to his election.