Trump is Master of his Domains, Even Ones That Bash Him 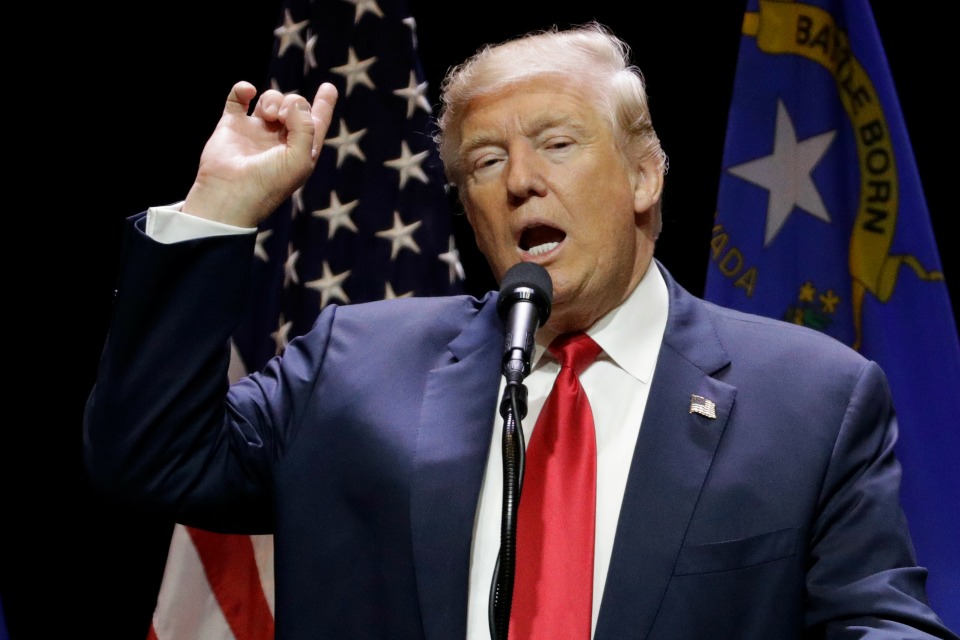 Whoever owns donaldtrumpsucks.com must really hate Donald Trump, right? Wrong! It's the Donald himself.

The same goes for no2trump.com, trumpmustgo.com and two dozen other web addresses that sound like they're bashing the billionaire Republican presidential nominee, his business interests or his political aspirations.

What would Trump want with such insulting domains? Easy. To make sure his critics and rivals can't have them.

He and his Trump Organization own more than 3,600 web addresses, according to the research firm DomainIQ. The vast majority bear the names of his properties, products and progeny. There are 274 domains alone featuring the name of Trump's daughter Ivanka.

It is common for businesses and celebrities to scoop up and sit on web addresses that could be used to mock or attack them.

"Domains are cheap," branding expert Rebecca Lieb said. "Mopping up when somebody acquires a domain and does something malicious with it is expensive."

Trump's collection of web addresses good and bad is far more extensive than that of any candidate before. He and the Trump Organization own a few hundred more than Target Corp. or General Motors.

"Mr. Trump has built a globally recognized, highly successful brand, and it's only natural he would attempt to protect his name and his brand in all respects," Trump campaign spokeswoman Hope Hicks said in an email Monday.

Web addresses cost just a few bucks to register. After that, you can sell them to the highest bidder, unless someone steps in and successfully claims that the domain involves a trademark.

That's how Trump has gotten his hands on Trump-related addresses that other people registered before he could. His lawyers have sent cease-and-desist letters and gone to arbitration at least 40 times to force outsiders to hand over domains, including MelaniaTrump.com.

Trump and his team didn't take any chances in 2009 when he created the Trump Network brand to sell vitamins and other health products. They quietly scooped up 18 negative domain names, including DonaldTrumpPonziScheme.com and TrumpNetworkFraud.com.

Trump also tried to head off the haters when he ventured into the liquor business with Trump Vodka in 2005. Along with trumppunch.com, trumpwithatwist.com and yourefiredvodka.com, Trump's company registered ihatetrumpvodka.com and trumpvodkasucks.com.

And last year, as his run for the White House focused new attention on Trump University's questionable practices, Trump and his team registered trumpfraud.com and three similar domains.

Trump's roster traces his professional ambitions and personal milestones, with registrations tied to the start of big projects and the arrival of children and grandchildren, and addresses for ventures that never got off the ground or ones like trumponair.com that could be ripe for use if he loses on Nov. 8.

There are domains for an unrealized plan to build a NASCAR speedway in the early 2000s, a failed attempt to acquire Gianni Versace's Miami Beach mansion in 2013 and an unsuccessful push to develop a North Carolina golf resort.

There are domains for a Trump-produced Broadway show featuring the music of Irving Berlin. The curtain never rose, but Trump still owns trumpfollies.com. And then there are the politically themed domains that appear to coin new terminology: trumpublican.org and trumpocrat.net.

Despite Trump's efforts, some of his tormentors have beaten him to the punch.

Chris Puchowicz bought trump.org for $1,272 at an auction in 2012 and snagged trump.tv for $251 a few months later. The Trump Organization didn't make a bid, he said, but its lawyers later threatened a lawsuit. Puchowicz still owns the domains and has used them to post an anti-Trump rant.

Brian Lam, a software engineering student in St. Louis, spent $9 to register votefortrumppence.com. He then posted a photo of himself giving the finger to the camera over the words "Just Kidding."

All is not lost. Trump still owns ilovedonaldtrump.com.