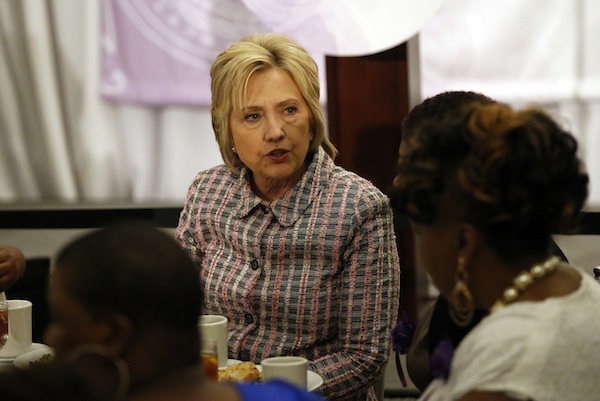 Clinton's criticism of the Trump came the day after he slammed her as "Heartless Hillary" for backing restrictions on gun ownership in a speech before the National Rifle Association convention in Louisville, Kentucky.

Clinton spoke at a conference organized by the Trayvon Martin Foundation to help mothers whose children or other relatives have died from shootings. It was led by Sybrina Fulton, whose 17-year-old son, Trayvon Martin, was fatally shot by neighborhood watch volunteer George Zimmerman in 2012. She has campaigned with Clinton during the Democratic presidential primaries. 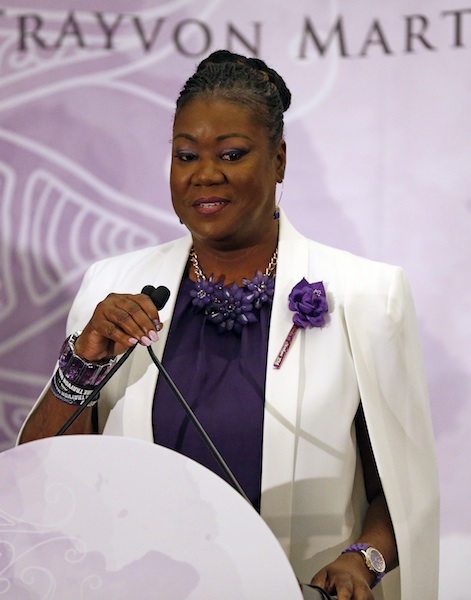 PHOTO: Sybrina Fulton, mother of Trayvon Martin, talked to the group prior to introducing Democratic presidential candidate Hillary Clinton at the Trayvon Martin Foundation's "Circle of Mothers" Gala at the Embassy Suites Hotel on Saturday, May 21, 2016 in Fort Lauderdale, Fla. The group offers support to women who have lost a child to gun violence. (AP Photo/Joel Auerbach)

"The reason why I stand with her is because she first stood with me," Fulton said before introducing Clinton to more than 200 people packed inside a hotel banquet room.

Queen Thompson Brown, a Miami mother whose son was the victim of gun violence in 2006 and who has mentored Fulton, said she and others do not want to take away guns from Americans but hope to "promote common sense gun laws."

Clinton praised the courage of Fulton and others who had suffered the loss of loved ones to gun violence or while in police custody.

"We have a moral obligation to protect our children no matter what zip code they live in," she said.

She then turned her attention to Trump and his gun policies.

"If you want to imagine what Trump's America will look like, picture more kids at risk of violence and bigotry, picture more anger and fear," she said.

Clinton repeated her pledge to fight the powerful National Rifle Association lobby, saying "we will not be silenced, we will not be intimidated." 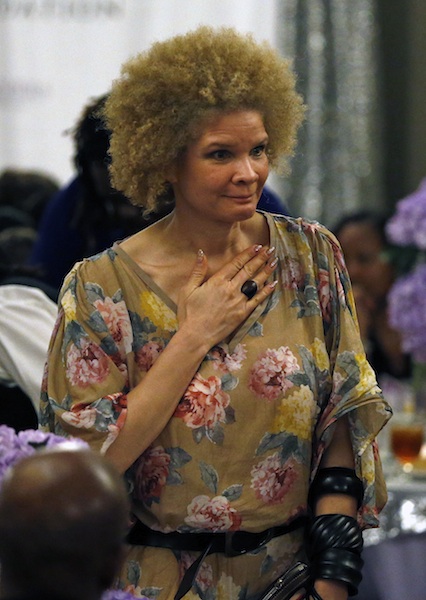 PHOTO: Political activist Angela Davis is introduces prior to Democratic presidential candidate Hillary Clinton speaking at the Trayvon Martin Foundation's "Circle of Mothers" Gala at the Embassy Suites Hotel on Saturday, May 21, 2016 in Fort Lauderdale, Fla. The group offers support to women who have lost a child to gun violence. (AP Photo/Joel Auerbach) or redistributed.

The gun rights organization endorsed Trump, even though he had previously supported measures like an assault weapons ban that the NRA vigorously opposes. The group applauded Trump's call for ending "gun-free zones" across the country.

Copyright 2016 The Associated Press. All rights reserved. This material may not be published, broadcast, rewritten