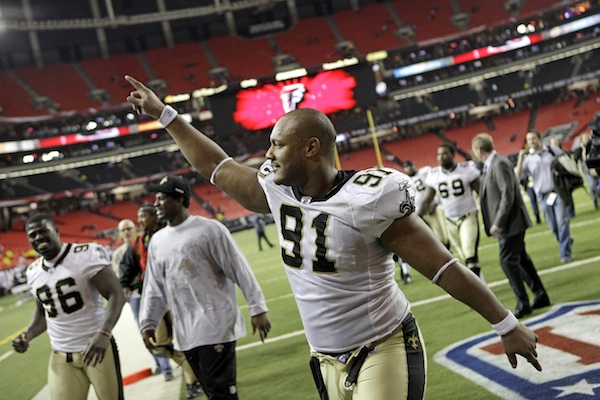 A tweet from the verified account of Greg Bensel, Saints vice president of communications and broadcasting, expressed condolences to Smith's family.
Smith appeared to be the victim of a road rage accident.

The New Orleans police said in a statement that Smith was driving in a Mercedes late Saturday when his vehicle was hit from behind by another vehicle, an orange Hummer H2. That caused Smith's vehicle to hit a grey Chevrolet Impala in front of him. Two acquaintances of Smith's were in the Impala but not injured.

At some point in the ensuing incident, Smith and the driver of the Hummer exchanged words, police said. The driver of the Hummer pulled out a gun and shot Smith multiple times, the police said. He also shot Smith's wife, who was traveling with him. She was taken to a local hospital.
Police said they arrived on the scene at around 11:29 p.m. and found Smith in the middle of the street, partially inside his vehicle. He died on the scene, they said.

Police said the 30-year-old driver of the Hummer was taken into custody and was being interviewed by detectives; the weapon used in the shooting was also recovered, police said.

Smith, native of Queens, New York, played for Ohio State's 2002 national championship team and was a first-round draft choice by New Orleans in 2004.

He led the Saints with a career-high 13 sacks in 2009, when the club won its only Super Bowl.

He last played in an NFL regular season game in 2012, finishing his career with 67 ½ sacks.

During the 2013 preseason, a knee injury forced him onto injured reserve. He was signed in the 2014 offseason by New England but did not make the Patriots' regular season roster.

After football, he settled in Louisiana, his wife's native state. His shooting came during the weekend of the French Quarter festival, a popular festival featuring local music and food.

Smith leaves behind his wife, Racquel, and three children.