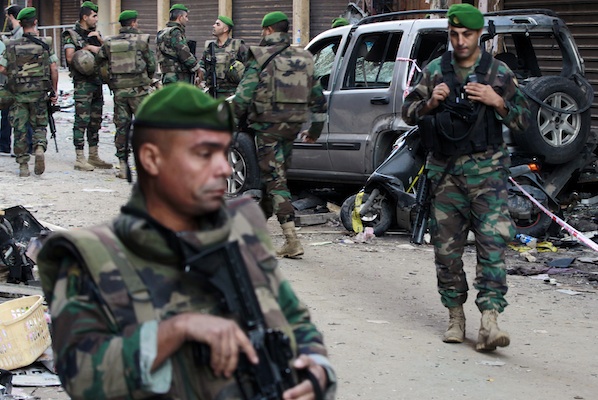 132 people are dead; 350 people are wounded, with 97 in critical condition

French police issued a photo of a fugitive in the Paris attacks on Sunday, saying Salah Abdeslam, a 26-year-old born in Brussels is too dangerous for anyone outside law enforcement to engage directly.

Seven people have been arrested in Belgium and six more are in custody in France.

BAGHDAD (AP) — As the deadly attacks in Paris made horrifically clear, the Islamic State group is determined to establish itself as the dominant jihadist movement capable of operating far beyond the limits of its self-declared "caliphate."

Doing so achieves numerous aims for the group, not least of which could be winning it clout to attract even more recruits. Others may include sharpening divisions between Muslims and non-Muslims in Europe — and forcing the West into a difficult choice of either backing off or being drawn into what IS would see as a holy war in Syria and Iraq.

Coming soon after the Islamic State group claimed the downing of the Russian plane in Egypt and deadly suicide bombings in Lebanon and Turkey, the Paris attacks appear to signal a fundamental shift in strategy toward a more global approach that experts suggest is likely to intensify.

"The message is that this is an open war, not restricted to the conflict zone in Iraq and Syria," said Bilal Saab, a resident senior fellow for Middle East Security at Brent Scowcroft Center on International Security. Until now, the militant Sunni group had mostly focused on its internal rivals — Bashar Assad's regime and rival Muslim Shiites, which the group considers to be heretics.

The Islamic State group claimed that Friday night's attacks, during which scores of innocent victims where methodically gunned down in the heart of Paris, was a response to France's role in U.S.-led airstrikes against IS in both Iraq and Syria. The group has also said it was responsible for bringing down a Russian jetliner over Egypt's Sinai region earlier this month, describing it as retaliation for Russian airstrikes in Syria.

On Thursday, twin powerful suicide bombings tore through a crowded Shiite neighborhood of Beirut, killing more than 40 people. That same day, a suicide bomber tore through a Shiite memorial service in Baghdad, killing 21 people.
IS activity outside its "caliphate" hub in Sunni areas of Syria and Iraq is in itself not new as a concept. The group's affiliates have carried out attacks across the

Middle East and north Africa and there have been attacks beyond the region that were blamed on IS loyalists. But such high-profile successive cases of mass murder abroad — and now in the heart of Europe — do suggest the nature and scale is changing.

As the group is secretive and elusive, it remains unclear clear why IS chose this particular moment to go global.

One possibility is that they have identified an inflection point in the Russian decision to join the fray in Syria two months ago. Although most of the Russian airstrikes have targeted other militants and appeared designed mainly to bolster the beleaguered forces of President Bashar Assad, Russian President Vladimir Putin says his fight is also with IS. After a year and a half of seemingly halfhearted and largely ineffectual coalition efforts against IS, the Russian intervention, to some in the region, does have the whiff of a game-changer.

Attacks abroad help spread the message that IS is a serious and effective alternative to al-Qaida, the organization that claimed the leadership of a global jihadi movement but has seemed in eclipse in recent years.

Hassan Hassan, an associate fellow at Chatham House in London and co-author of " ISIS: Inside the Army of Terror," said the Islamic State has a twin strategy of state-building within its self-declared caliphate and establishing itself as a "global leader of jihad" in place of al-Qaida.

"They wanted to show they are the new al-Qaida ... that this is going to be the new organization that everyone has to be part of. The old organization is dying."

Hassan noted that until recently, many observers did not take IS seriously as a global threat. But their own statements make clear that their ambitions extend beyond the current limits of their "caliphate." The group has urged supporters around the world to carry out attacks in the West.

In September 2014, the Islamic State group's spokesman, Abu Mohammed al-Adnani, called for lone-wolf attacks on Westerners and any "disbelievers" among countries fighting IS — a term understood to reference not only non-Muslims but anyone who is not a devout Sunni. That statement's specific targets included any "disbelieving American or European — especially the spiteful and filthy French." Other statements have threatened to topple Rome — apparently related to the location of the Vatican.

"They always speak about Iraq and Syria as the beginning of something, but with an eye on the West and conquering Rome," Hassan said.
Online, almost all commentators referred to the new IS principle of retaliating promptly to what militants say are Western attacks against Muslims that that kill hundreds of people including women and children. That taps into frustration in the region over civilian deaths in the wars of recent years — a sentiment that exceeds the ranks of core supporters of jihadism.

A well-known IS ideologue, Gharib al-Ikhwan, commented IS now follows a new strategy: "Any killing in the Islamic nation will be met with an instant, decisive and horrible reaction."

He mentioned the downing the Russian plane over Sinai, suicide bombing in southern Beirut and Paris attacks. He also considered the shooting in Jordan's police training center, which killed five people including two Americans, as punishment for America -- though there has been no mention yet of the motive of the killing.

Hussein bin Mahmoud, a leading militant ideologue, mocked those who fight Muslims in the region yet "think that we don't have the right to kill them in a Paris theater, in train stations in London or Madrid or in a building in New York."

"Sorry Paris for those evil villains who killed peaceful and civilized Parisians while your beautiful planes and your modern bombs kill the wicked Arab children," he wrote in a piece carried by IS media arm al-Battar.

The group may be looking to foment tensions over Islam in Europe, which it considers to be a recruiting ground. A Syrian passport was found next to the body of one of the attackers in Paris — prompting doubts from Syrians on social media who wondered why a man going to blow himself up would bother carrying ID.

IS may perhaps also be trying to make up perhaps for recent setbacks in Syria and Iraq, although an operation like the one in Paris attacks would have had to be planned in advance. In both Syria and Iraq, the group's territory has contracted slightly in recent months.

Dealing a double blow to the group this week, Iraqi Kurdish forces seized the strategic town of Sinjar in northern Iraq, and a coalition of Arab, Christian and Kurdish rebel factions recaptured another town from the militants across the border in Syria.

Also this month, Syrian troops working under the cover of Russian airstrikes broke a siege imposed by IS on the northern military air base of Kweiras since 2013, marking the first major achievement by Assad's forces since Russia began its airstrikes on Sept. 30.

Hassan said there has been a "saturation of fighting" in areas IS is able to control Iraq and Syria and it has limited space to expand there. That gives it incentive to dedicate more time and resources to operations abroad.

Saab pointed to another possible goal: To encourage the deployment of Western ground troops. Although many in the West argue that this would be the only way to dislodge them, many would welcome such an apocalyptic, man-to-man scenario. "ISIS would cherish that because it's the fight they've been seeking," he said.

Some have suggested that IS is worried about the recent diplomatic activity to end the Syria war, a conflict that has allowed the extremists to flourish.

Muwaffak al-Rubaie, Iraq's former national security adviser, said the expansion of IS is because of the lack of effective response by the West. "If we don't have a comprehensive multi-faceted plan to combat this threat then we will see more of these," he said.

Experts said the group is now learning how to bypass various international security measures and expect such attacks to increase dramatically.

"We will see their tactics improving and their targets getting bigger. They see 9/11 as the example," said Hisham al-Hashimi, a Baghdad-based expert on IS. "They want an attack that is so dramatic and large scale that it impacts every area of life," he added.

"What we see in Paris is really a turning point," Hassan said. "I think it's just the beginning. ... The worst is still to come in the sophistication of ISIS."
___
Associated Press writer Adam Schreck and Maamoun Youssef contributed to this report from Cairo.