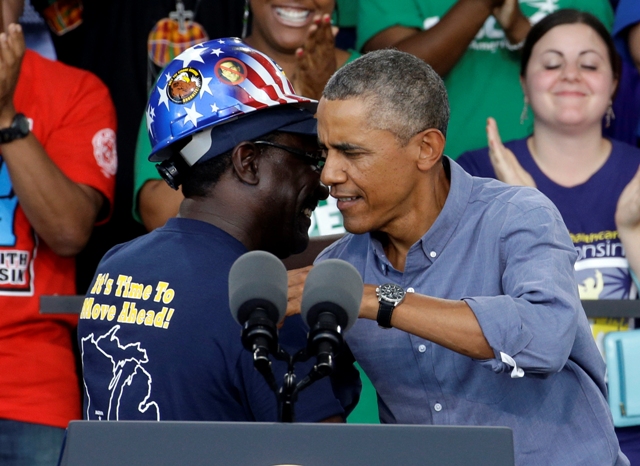 WASHINGTON (NNPA) – The unemployment rate for Blacks (11.4 percent) and Whites (5.3 percent) remained unchanged from July to August, but the fact that Black unemployment is 2.4 percent higher than when the recession began five years ago is an indication that Blacks have the farthest to go to get back to pre-recession levels, according to Center on Budget and Policy Priorities.

The CBPP reported that the unemployment rate for Whites is about one point higher than it was at the start of the recession and for Hispanics it is 1.2 percent higher.

According to the latest monthly job report issued Friday, the unemployment rate for Black men over 20 years old dropped from 11.1 percent in July to 10.8 percent in August, but the labor force participation rate, the measure of workers that either have jobs or are still looking, also fell from 68 percent to 67.3 percent. That means that the drop in the unemployment rate is likely due to people dropping out of the job market.

By contrast, the jobless rate for White men over 20 years old rose from 4.8 to 4.9 percent and the labor force participation rate was flat from July to August (72.2 percent).

For Black women the unemployment rate increased from 10.1 percent in July to 10.6 percent in August while the jobless rate for White women edged down from 4.9 percent to 4.8 percent. However, like Black men, the share of White women in the labor market also fell, which could have contributed to the slight decrease.

Young Blacks (16-19 years old) continue to experience the highest levels of unemployment compared to other major worker groups. In August, the jobless rate for young Blacks was 32.8 percent down slightly from the 34.9 percent rate set in July, but nearly double the jobless rate of their White peers (17.7 percent).

The economy added just 142,000 jobs in August, far below what many economists expected, and more than 70,000 fewer jobs than the monthly average for 2014. According to the Labor Department, jobs in professional and business services increased by 47,000 and the health care industry added about 34,000 jobs in August. The economy added 20,000 construction jobs last month.

The national unemployment rate inched down from 6.2 percent in July to 6.1 percent in August.

In a blog post on the August jobs report, Elise Gould, senior economist and director of health policy research at the Economic Policy Institute, said that even though it’s too early to tell if this slower job growth in August is an anomaly or a new trend, these numbers should give us pause.

“We need to be consistently adding jobs at a much faster rate to return to the labor market conditions before the recession began,” wrote Gould. “Arguably, that standard is a low bar as the labor market at that time still had considerable slack.”

In a statement on the August jobs report, Chad Stone, chief economist for the Center on Budget and Policy Priorities, said that the jobs report was disappointing and “a sober reminder of how devastating the Great Recession and subsequent prolonged jobs slump has been for workers.”

He observed, “Policymakers’ shortsighted decision not to renew federal emergency unemployment insurance benefits in 2014 eliminated not only valuable financial support for these workers and their families, but also a valuable source of consumer spending that would have strengthened demand and put more jobless Americans back to work.”