Government to Appeal Ruling that NSA Program is Not Legal 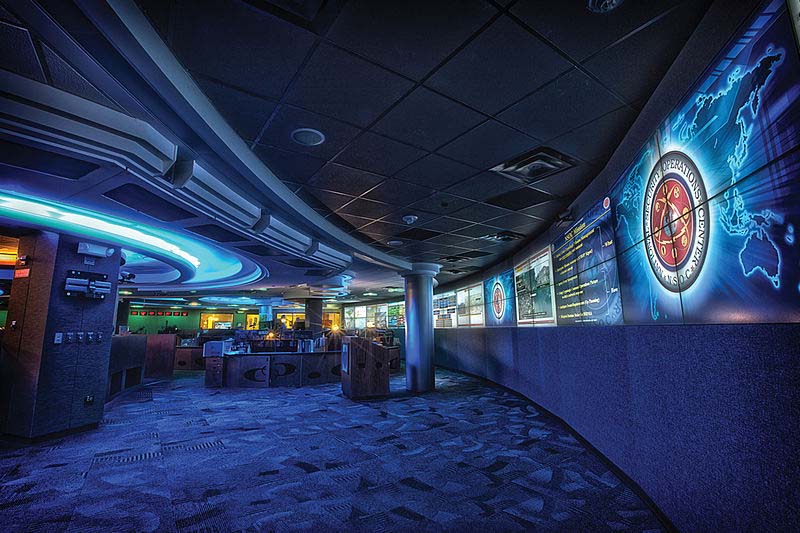 The Skanner Staff and The Associated Press
Published: 17 December 2013

WASHINGTON (AP) — A federal judge made headlines Monday by declaring that the National Security Agency's bulk collection of millions of Americans' telephone records is likely unconstitutional. But even he realized his won't be the last word on the issue.

U.S. District Court Judge Richard Leon put his decision to grant an injunction against the NSA on ice, predicting a government appeal would take at least six months. He said he was staying the ruling pending appeal “in light of the significant national security interests at stake in this case and the novelty of the constitutional issues.”

Even after the appeals court rules, the Supreme Court will probably have the last word.

Sen. Ron Wyden, is the leading voice in Congress for increasing transparency and accountability in U.S. intelligence gathering services. Wyden said the bulk gathering of Americans phone records is unnecessary and a poor way to identify terrorists.
“Judge Leon’s ruling hits the nail on the head,” he said in his statement.  “ It makes clear that bulk phone records collection is intrusive digital surveillance and not simply inoffensive data collection as some have said. The court noted that this metadata can be used for ‘repetitive, surreptitious surveillance of a citizen’s private goings on,’ that creates a mosaic of personal information and is likely unconstitutional. This ruling dismisses the use of an outdated Supreme Court decision affecting rotary phones as a defense for the technologically advanced collection of millions of Americans’ records. It clearly underscores the need to adopt meaningful surveillance reforms that prohibit the bulk collection of Americans’ records.
“Significantly, the judge also noted that he had ‘serious doubts about the efficacy of the program.’  The reason that he and many others have these doubts is that the executive branch’s claims about this program’s effectiveness are now crumbling under public scrutiny.  Protecting the country from terrorism is obviously vitally important but the government can do this without collecting the phone records of massive numbers of law-abiding men, women and children.”

“This is the opening salvo in a very long story, but it's important symbolically in dispelling the invincibility of the metadata program,” he said.

Vladeck said 15 judges on the Foreign Intelligence Surveillance Court have examined Section 215 of the USA Patriot Act, the provision of law under which the data collection takes place, without finding constitutional problems. “There's a disconnect between the 15 judges on the FISA court who seem to think it's a no-brainer that Section 215 is constitutional, and Judge Leon, who seems to think otherwise.”

Vladeck said there is a long road of court tests ahead for both sides in this dispute and said a higher courtultimately could avoid ruling on the big constitutional issue identified by Leon. “There are five or six different issues in these cases,” Vladeck said.

Will Decision be Overturned?

Robert F. Turner, a professor at the University of Virginia's Center for National Security Law, predicted Leon's decision was highly likely to be reversed on appeal. He said the collection of telephone metadata — the issue in Monday's ruling — already has been addressed and resolved by the Supreme Court.

In his ruling, Leon granted a preliminary injunction against the collecting of the phone records of two men who had challenged the program, and said any such records for the men should be destroyed. The plaintiffs are Larry Klayman, a conservative lawyer, and Charles Strange, the father of a cryptologist technician who was killed in Afghanistan when his helicopter was shot down in 2011. The son worked for the NSA and support personnel for Navy SEAL Team VI.

Leon, an appointee of President George W. Bush, ruled that the two men “have a substantial likelihood of showing” that their privacy interests outweigh the government's interest in collecting the data “and therefore the NSA's bulk collection program is indeed an unreasonable search under the Constitution's Fourth Amendment.”

“I have little doubt that the author of our Constitution, James Madison, who cautioned us to beware 'the abridgment of freedom of the people by gradual and silent encroachments by those in power,' would be aghast,” he declared.

In addition to civil liberties critics, big communications companies are unhappy with the NSA program, concerned about a loss of business from major clients who are worried about government snooping. President Barack Obama will meet Tuesday with executives from leading technology companies. The meeting was previously scheduled, but the NSA program is sure to be on the agenda, and now the court ruling will be in the mix.

The Obama administration has defended the program as a crucial tool against terrorism.

But in his 68-page, heavily footnoted opinion, Leon concluded that the government didn't cite a single instance in which the program “actually stopped an imminent terrorist attack.”

“I have serious doubts about the efficacy of the metadata collection program as a means of conducting time-sensitive investigations in cases involving imminent threats of terrorism,” he added.

“If part of his constitutional ruling is the intelligence utility of the program, he's not in a good position to judge that,” Hayden said in an interview. “He makes a judgment that the government was not able to show that this stopped an imminent terrorist attack. That's not the only metric,” as metadata also helps intelligence analysts understand their adversaries and track their networks and behavior.

Hayden also downplayed the potential impact of the ruling, saying it seemed to apply only to this one case, rather than setting a legal precedent that would affect NSA operations.

The injunction applies only to the two individual plaintiffs, but it's likely to open the door to much broader challenges to the records collection and storage.

The collection program was disclosed by former NSA systems analyst Edward Snowden, provoking a heated national and international debate. Snowden, in a statement sent to reporter Glenn Greenwald and obtained by The Associated Press, said: “I acted on my belief that the NSA's mass surveillance programs would not withstand a constitutional challenge and that the American public deserved a chance to see these issues determined by open courts. Today, a secret program authorized by a secret court was, when exposed to the light of day, found to violate Americans' rights. It is the first of many.”

Klayman said in a telephone interview that it was a big day for the country.

“Obviously it's a great ruling and a correct ruling, and the first time that in a long time that a court has stepped in to prevent the tyranny of the other two branches of government,” he said.

Andrew C. Ames, a spokesman for the Justice Department's National Security Division, said in a statement, “We've seen the opinion and are studying it. We believe the program is constitutional as previous judges have found. We have no further comment at this time.”

The government has argued that under a 1979 Supreme Court ruling, Smith v. Maryland, no one has an expectation of privacy in the telephone data that phone companies keep as business records. In that ruling, the high court rejected the claim that police needed a warrant to obtain such records.

But Leon said that was a “far cry” from the issue in this case.

“The almost-Orwellian technology that enables the government to store and analyze the phone metadata of every telephone user in the United States is unlike anything that could have been conceived of in 1979,” he wrote.