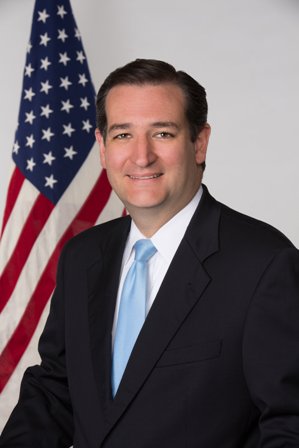 "I'm something that's not supposed to exist: An Hispanic Republican," he said.

But it's precisely that background and his grass-roots appeal that make him attractive to a Republican base that's hastily seeking to adapt to the nation's changing demographics.

According to election exit polls, 10 percent of the 2012 electorate was Hispanic, marking the first time the voting bloc reached a double-digit figure. In 2008, they represented 9 percent of the vote. President Barack Obama overwhelming won Hispanic voters, 71 percent to 27 percent over GOP candidate Mitt Romney.

Speaking to a crowd of conservatives at the American Principles Project gala in Washington, Cruz offered his own post-mortem analysis of the GOP's big election loss. He said Republicans "didn't win the argument" on the contraceptive debate and the so-called war on women.

Perhaps the shortest catchphrase of the election, "47 percent" has made both parties cringe. Romney took a shellacking from Democrats, as well as some Republicans, after he was secretly recorded saying that nearly half of the country is "dependent" on government and consider themselves victims. Those people, he said, are the ones who would automatically vote for Obama.

Cruz, whose father came from Cuba, said such remarks were "antithetical" to the country's founding principles.

"We embraced in that comment the Democrat notion that there is a fixed and static pie: the rich are the rich, the poor are the poor, and all that matters is redistributing from one to the other," Cruz said.

In the days since the election, more Republicans have been frank in their criticism, arguing that Romney portrayed the GOP as a party too willing to write off half of the country.

Louisiana Gov. Bobby Jindal, a former surrogate for Romney, sharply criticized Romney's comments after the election, especially after the former GOP nominee expanded his remarks on a private call with donors, arguing that Obama had offered policy "gifts" to certain minority groups.

He went on to say that Republicans need to chase after 100 percent of the votes, not just 53 percent -- a thinly veiled swipe at the "47 percent."

"I don't think that represents where we are as a party and where we're going as a party," he continued. "That has got to be one of the most fundamental takeaways from this election."

In that light, Republican lawmakers and pundits have stressed the need for an urgent makeover of the party that's more inclusive and welcoming to minority groups, particularly Hispanics.

And Republicans aren't wasting time. This week, two retiring senators -- Jon Kyl of Arizona and Hutchison of Texas -- teamed up to introduce a Republican version of the DREAM Act, legislation that would offer a path to legal status for children brought to the U.S. illegally if they meet certain requirements. With Congress in a lame-duck session, the bill is unlikely to be taken up.

But Cruz said the party must be careful in its approach. Rather than rush to address immigration, the senator-elect suggested a different path that focuses on jobs and small businesses, two topics that rank consistently high in polls measuring the top concerns among Hispanics.

Cruz argued that the GOP did an "incredibly poor job articulating the message of opportunity" to minority groups and that the focus needs to return to convincing Hispanics that the Republican Party can lay the framework for those wanting to achieve the "American Dream."

A rising star in the party, Cruz was elected with strong grass-roots support and falls farther to the right of his predecessor. But his heritage, combined with his influence as a soon-to-be senator in a state with many electoral votes, already has some in the political class talking about a potential presidential bid.

Speaking Thursday night, Cruz made no mention of his future aspirations but suggested it won't be too long until his kind of conservative takes the White House.

"It took Jimmy Carter to give us Ronald Reagan," he said. "And I am convinced the most long lasting legacy of Barack Obama is going to be a new generation of leaders within the Republican Party standing up and defending liberty."