Gay Men Sue Counselors Who Promised to Make Them Straight 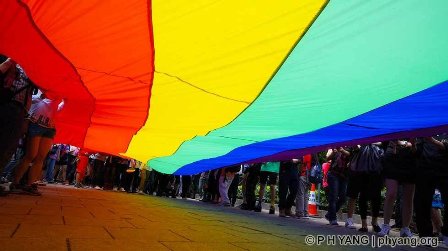 (CNN) -- Before Sheldon Bruck told his orthodox Jewish parents he was gay, the teenager looked for a way out of homosexuality.

His search led him to JONAH -- Jews Offering New Alternatives for Healing -- which claimed on its website to help people "struggling with unwanted same-sex sexual attractions."

JONAH co-director Arthur Goldberg promised Bruck, then 17, that "JONAH could help him change his orientation from gay to straight," according to a consumer fraud lawsuit filed Tuesday against JONAH, Goldberg and a JONAH counselor.

"This is the first time that plaintiffs have sought to hold conversion therapists liable in a court of law," said Samuel Wolfe, a lawyer with the Southern Poverty Law Center.

The defendants did not respond to CNN calls and e-mails for comment on the lawsuit, which was filed Tuesday in Hudson County, New Jersey, Superior Court. A page on the organization's website touts success stories from the program with letters from past participants and their family members.

Bruck and three male plaintiffs contend they were defrauded by JONAH's claim that "being gay is a mental disorder" that could be reversed by conversion therapy -- "a position rejected by the American Psychiatric Association four decades ago," the lawsuit said.

The therapy put them at risk of "depression, anxiety and self-destructive behavior," while giving them no benefits, the suit said.

Jo Bruck, Sheldon's mother, and Bella Levin, the mother of plaintiff Chaim Levin, are also plaintiffs because they paid for their sons' conversion therapy and the counseling the suit said they needed to recover from it.

The conversion therapy techniques included having them strip naked in group sessions, cuddling and intimate holding of others of the same-sex, violently beating an effigy of their mothers with a tennis racket, visiting bath houses "in order to be nude with father figures," and being "subjected to ridicule as 'faggots' and 'homos' in mock locker room scenarios," the suit said.

"As long as you put in the effort, you're going to change," Goldberg told Bruck in the summer of 2009, the lawsuit said.

JONAH counselor Thaddeus Heffner blamed Bruck's gay orientation "on Bruck for not working hard enough to change, on his father for being too distant, and on his mother for being too close to him," the suit said.

Bruck quit after five sessions, delivered through an online video link, because he "experienced deepening depression and anxiety leading to suicidal ideation and feelings of hopelessness about his life," the suit said.

Heffner angrily warned Bruck that he was "making a big mistake" and "throwing (his) life away" by "giving into (his) desires" and that he would "never lead a happy life," but would "lead a life of unhappiness in that unhealthy lifestyle," the suit said.

Chaim Levin, also an orthodox Jew, was about to turn 17 in 2007 when he talked to his parents about his sexual orientation and sexual abuse when he was younger. A rabbi in his Brooklyn, New York, community suggested to his parents that they enroll him in JONAH's program.

"You can change if you just try hard enough," the suit said Goldberg told him. "You just need to work really hard, we are experts at this. We have helped so many people."

Levin attended weekly sessions for 18 months at JONAH's Jersey City, New Jersey, headquarters conducted by Alan Downing, an unlicensed JONAH counselor who calls himself a "life coach," the suit said. Downing is named as a defendant in the case.

The lawsuit described what happened in one of those sessions in October 2008 with Levin, who was 18 at the time.

"Downing initiated a discussion about Levin's body and instructed Levin to stand in front of a full-length mirror and hold a staff," the suit said. "Downing directed Levin to say one negative thing about himself, remove an article of clothing, then repeat the process. Although Levin protested and expressed discomfort, at Downing's insistence, Levin submitted and continued until he was fully naked. Downing then instructed Levin to touch his penis and then his buttocks. Levin, unsure what to do but trusting in and relying on Downing, followed the instructions, upon which Downing said 'good' and the session ended."

"On one occasion, Downing instructed Unger to beat an effigy of his mother with a tennis racket, as though killing her, and encouraged Unger to scream at his mother while beating her effigy," the suit said.

"Conversion therapy was, in Unger's experience, 'psychological abuse,'" it said. "By the time he terminated sessions with JONAH, he was deeply depressed and had commenced taking antidepressant medications."

Downing "picked apart every human emotion and childhood disappointment" of Unger, to present them as treatable origins of Unger's orientation, the suit said.

Unger's ability to have physical and emotional relationships with men was impaired and he was unable to work for a year, the suit said.

Bruck, Levin, Unger and Ferguson are "adjusting well" four years after their last conversion therapy treatments, according to Wolfe. "They have had time to get on with their lives," he said.

Their lawsuit should put all conversion therapists on notice that they can be held accountable, Wolfe said.

"We really want to bring this lawsuit to bring attention to this practice that takes place in many parts of the country, praying on vulnerable young people," Wolfe said.