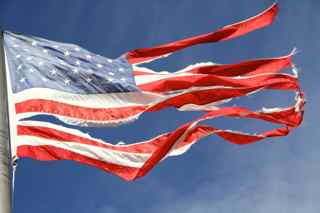 (CNN) -- As New York kicks off its annual Veterans' Day Parade in Manhattan Sunday, residents on Staten Island will still be tearing debris from their homes, standing watch among ruins to ward off looters and putting on layers of clothing as they battled the cold.


Secretary of Homeland Security Janet Napolitano heads back to the the city's southernmost borough for the second time this month to walk through rubble, survey relief and progress and comfort shaken citizens for yet another day.


She has spent her November touring the regions mercilessly wracked by Superstorm Sandy, hopping from one ruined landscape to the next, from West Virginia to Connecticut.


On Staten Island, Napolitano will follow in the footsteps of Mayor Michael Bloomberg, who led thousands of volunteers there to lend a helping hand.


Residents are fatigued, still fighting to hold on to what they have left after enduring the weight of a cold, snowy nor'easter that settled over them in Sandy's wake.


Many houses are not salvageable, and face condemnation and, ultimately, demolition.


Joe Ingenito has held out in a neighborhood without electricity to keep looters out of his home. "I want to protect what little we have," Joe Ingenito told CNN's Anderson Cooper.


Ingenito has lived there for 20 years and plans to rebuild. Asked what it's like to see his neighborhood in shambles, he said, "It breaks my heart."


Of the 111 deaths Sandy wrought, Staten Island was the scene of the most heart wrenching, where forceful flood waters tore two toddlers from the arms of their mother. The brothers, ages four and two, were recently laid to rest. They were the storm's youngest fatalities.


On top of power outages has come a gas shortage and rationing in New York City based on license plate numbers.


Across the waters of the Lower Bay, the Rockaways, on a beachfront sliver of the Borough of Queens, look no better. Sandy swallowed them up in the torrents of her storm surge and kicked off fires that burned homes to the ground.


Twice daily, 70-year-old Albina Williams heaves at least four gallons of water -- weighing about 35 pounds -- up six flights of stairs. Not only is water not running in her building, but the power is out, meaning the elevator is comatose, too.


She wears a thick parka with a hood against the fall chill. Each clunking step up is an effort. On the third floor, the halfway point, she stops to gather strength and catch her breath.


A neighbor passes her going up, also dragging water, but the woman is going all the way to the 16th floor.


In her cold apartment, Williams explains how she layers four pairs of pajamas and blankets to stay warm at night.


In most of New York and New Jersey, power has been restored, but significant blacked out pockets remain, were residents are fuming over being left in cold darkness for almost two weeks since Sandy struck.


Full blown protests have erupted on Long Island, where at least tens of thousands of people are still living without electricity.


Officials from the Long Island Power Authority and National Grid said Saturday that 93 percent of customers who lost power have had it restored.


But residents' tempers still run high over the delays, and New York governor Andrew Cuomo backed them up Saturday.


"I believe the utility companies have failed them, and I am going to hold them accountable."


Hundreds of angry residents have picketed in front of the company.


Former Mayor Ed Koch will preside over the Veterans' Day Parade flanked by ranking and highly decorated members of the U.S. military and an estimated hundreds of thousands of onlookers, as pomp and pageantry return to the Big Apple.