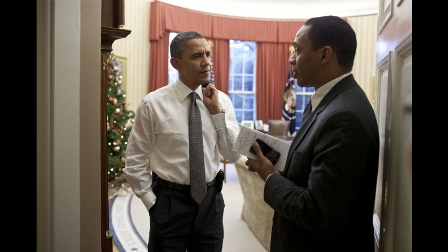 NEW YORK (CNNMoney) -- President Obama often touts his 18 small business tax cuts, but there's some confusion as to what they really are.

Many are renewals of tax breaks that already existed. Others are expansions of previous breaks. And every time a measure gets renewed, the Obama administration is counting it as yet another tax cut.

Things get even more complicated because some tax cuts have already expired.

Republicans try to portray Obama as harmful to free enterprise, so the president is sure to invoke his record of tax cuts when making his re-election pitch to businesses.

If extensions or expansions aren't double counted, the list comes out to 14 tax breaks -- and only five are still around. Here's the complete list.

Tax breaks that are still here and intact

Health care tax credit: Enacted as part of the 2010 Affordable Care Act, it's meant to reward small companies that provide health care insurance to workers. It applies to companies that have 25 or fewer employees, pay average salaries of $50,000 or less and cover at least half of their health insurance premiums. It's still in effect, but confusing rules have made the health care tax credit quite unpopular. As a result, companies have been missing out on billions of dollars in breaks, according to the Congressional Budget Office.

Shorter holding period for owners: Small business owners who plan to sell their company -- or a stake in it -- sometimes change the way their company is legally designated to pay lower taxes. But to benefit from the lower taxes, a business owner has to change the designation and then keep it for another 10 years. That period was lowered to seven years when Obama signed the 2009 Recovery Act, then it was lowered to five years with the 2010 Small Business Jobs Act. It'll stay low until the end of this year.

Startup deductions: Since 2004, startups have been allowed to deduct up to $5,000 of startup costs, such as marketing research and office supplies. In an effort to further help entrepreneurs, that was raised permanently to $10,000 by the Small Business Jobs Act.

Limited penalties on tax errors: Companies that make errors on their taxes are forced to pay penalties. Depending on the type of mistake, they pay anywhere from $50,000 to $200,000, but in every case, paying such a high fine hurts small businesses proportionally more than large companies. The Small Business Jobs Act permanently changed that, capping penalties as 75% of the mistake.

Tax cuts that are still around but weaker

Bonus depreciation: In recent years, the federal government has occasionally allowed businesses to more immediately write off a larger portion of the expense of property, such as vehicles and equipment. A 50% bonus depreciation was made available by the 2008 Economic Stimulus Act signed into law by President Bush. Obama extended that with the Recovery Act, again with the Small Business Jobs Act, and it was temporarily increased to 100% by the 2010 Tax Relief Act. It's back to 50% until the end of this year. Each was counted as a tax break.

Exclusion on capital gains: Since 1993, the federal government has tried to entice angel investors to pour money into small, risky companies by excluding taxes on 50% of their capital gains. With the Recovery Act, that got pushed up to 75%. It was raised to 100% by the Small Business Jobs Act, and the Tax Relief Act kept it at 100% for investments made during 2011. It's back to 50%.

Higher expensing: Businesses are typically allowed to write off expenses to lower taxes. Bush raised the expense limit to $250,000 with the Stimulus Act, and Obama extended that with the Recovery Act. The limit was raised to $500,000 with the Small Business Jobs Act until the end of last year. It's back down to $139,000.

Carryback: Let's say a company has a few good years followed by a really bad one. Assuming it paid taxes in previous years, the carryback provision lets that firm get a refund now based on taxes it paid years ago. The Recovery Act extended the carryback provision from two years to five, helping businesses that went into the red during the recession dip way back to the start of the economic boom. It's back down to two years, though.

Work opportunity tax credit: Since the Reagan years, the government has sought to help those having the most trouble finding jobs by offering tax credits to businesses that hire at-risk youth, ex-felons and veterans. With the Recovery Act, Obama expanded the pool of people that could benefit. The 2011 Veterans Opportunity to Work Heroes Act extended this until the end of 2012 for veterans only, but many others were dropped from the program.

Tax breaks that are long gone

Payroll tax exemption: In attempt to spur hiring of veterans or those with disabilities, the 2010 Hiring Incentives to Restore Employment (HIRE) Act gave companies that hire "qualified" employees a break on the Social Security payroll tax. Employers are back to paying the usual 6.2% payroll tax.

Lower estimated tax payments: Unlike everyday folks, businesses must pay taxes four times a year. Small companies that are more profitable must make estimated payments that equal 100% of what they paid the previous year or risk falling short and paying penalties. The Recovery Act lowered the estimated tax to 90%. It was meant to let small businesses hold onto to more of their money throughout the year, though they still had to pay the full amount on tax day.

Health care deduction: Self-employed entrepreneurs, who make up the vast majority of small businesses, were able to deduct the full cost of health insurance for themselves and family from self-employment taxes in 2010, thanks to the Small Business Jobs Act. This has since expired.

All-purpose credits: The Alternative Minimum Tax was created to prevent the rich from avoiding taxes, but because of inflation, it has increasingly encroached on middle-income taxpayers. Small businesses sometimes fall into this parallel tax system. The Small Business Jobs Act allowed companies to use credits to offset these kinds of taxes in 2010.