Irs Says Audit Rates Have Grown for the Wealthy 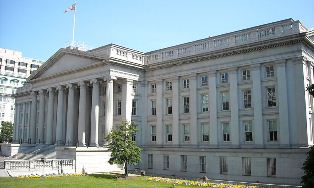 WASHINGTON (AP) -- If you earn less than $200,000 a year, there's a strong chance you don't have to worry about an Internal Revenue Service audit. But if you make more than $1 million annually, the odds have been rising that you'll be hearing from the tax man.

The IRS released figures Thursday showing that 12 percent of millionaire earners were audited last year. That's up from 8 percent in 2010 and 6 percent in 2009.

The data shows that for those making under $200,000, the rate has stayed steady at around 1 percent in recent years.

IRS officials said the growing audit rate for high earners is aimed at demonstrating that the tax code is being enforced fairly and is unrelated to President Barack Obama's recent proposals to boost taxes on the rich. The White House and congressional Democrats are expected to continue taking similar populist stances with the approach of this November's presidential and congressional elections.

"We base our audit decisions on tax issues, nothing else," said IRS spokeswoman Michelle Eldridge. "We don't play politics here."

Four percent of individuals earning $200,000 and up were audited in 2011, up from around 3 percent the previous five years.

Overall, the agency says, it audited nearly 1.6 million of 141 million individual returns in 2011, or just over 1 percent. That rate has been growing gradually and is almost double the 0.6 percent audited in 2001, the IRS said.

Only about a quarter of IRS' audits involve dreaded meetings between taxpayers and agency officials. The rest are carried out using letters.

In 2010 - the most recent year available - more than 8 in 10 individuals audited ended up paying additional taxes.

Altogether, IRS enforcement efforts - including audits, legal action and other tactics - resulted in an extra $55 billion being collected. That's down almost $3 billion from 2010, which Miller blamed on a falloff in estate taxes and corporations writing off their losses.

That $55 billion was a small part of the $2.3 trillion the agency collected in revenue last year.

The IRS also audited a greater proportion of large corporations than smaller ones, the data shows.

The IRS figures also showed that:

- Seventy-seven percent of individual returns were filed electronically last year, up from 69 percent in 2010.

- Seventy percent of callers to IRS taxpayer information telephone lines got through, slightly less than the 74 percent who reached someone in 2010. Miller attributed that to budget cuts to the agency.

- The information IRS officials dispensed over the phone to taxpayers was accurate 93 percent of the time, the same as the previous year.

The data was presented by federal fiscal years, which begin on the previous Oct. 1.