NEW YORK (AP) -- Before the housing, sanitation and nonviolent communication groups had their say, the Occupy Wall Street facilitator began the night meeting with guided meditation. Someone stood up to object, saying all that controlled, deep breathing was oppressive.

In the disorganized democracy that Occupy prides itself on, everything - even the right way to breathe - is up for debate.

The moment exposed the new, more scattered leadership that has crept into the movement since its largest encampments shut down.

Instead of 24-hour base camps, Occupy Wall Street's center of gravity has devolved into dozens of smaller groups with different agendas and objectives. Some want to find other places to occupy. Others want to shut down the ports, march for Egypt, move the downtrodden into foreclosed homes.

Some protesters say the smaller groups are getting in the way of the larger message of bridging the country's gap between the superrich and the poor.

"I'm going to set up a committee to disband all committees," joked Andrea Townsend, who has led general assembly meetings in Portland, Ore.

Key organizers - they don't call themselves leaders, because they say no one person is in charge - say the movement and its protesters are staying true to the mission of embracing and promoting every member's issue.

"I think we're big enough at this point that people can be working on different things," said Sandy Nurse, a member of New York's direct action committee. "I don't think anyone's in competition with anybody."

But experts say that as the presidential campaign season heats up, Occupy could become a powerful force at political conventions if it got on the same page and pushed key issues. Time magazine named "The Protester" its Person of the year on Wednesday, citing Occupy Wall Street as one of many movements "redefining people power" around the world.

"You cannot run a movement as if it's a participatory democracy," said Mitchell Moss, a New York University urban planning professor. "An effective movement is not about being unhappy, but about getting things done."

When Occupy Wall Street encampments in New York and elsewhere were going strong, the decision-making centered on the movement's general assembly and spokescouncil meetings, held daily. But since New York's main camp at Zuccotti Park was shut down on Nov. 15, members say groups are working more separately on pet causes.

"You see kind of new people emerging all the time," said Mario Rodriguez, a union organizer who belongs to New York's direct action group. "Are they all on the same page? In terms of strategy and tactics, I don't think they are."

An email that recently passed through Rodriguez's inbox talked of 101 working groups that were now part of Occupy in New York - direct action and facilitation are a bit more visible than others focused on things such as the principles of solidarity, for example. More than 40 groups had meetings scheduled on one recent day (Music, Earth Summit, Occupy Educated, Yoga), several at the same time.

Occupy members say they're still accomplishing a lot without camping out. On Monday, protesters forced shipping terminals from Washington state to California to halt parts of their operations. New York members sat down in the middle of Wall Street, have marched on the Egyptian consulate and Goldman Sachs Group Inc. Portland, Ore., members are protesting in the parks; cities from Seattle to Atlanta reclaimed foreclosed homes and boarded-up properties, moving struggling families into them.

Nurse said her efforts are focused on finding a new encampment in New York to replace Zuccotti Park. A church-owned building in downtown Manhattan - occupied by protesters on the day they were evicted - is a possibility. "Whichever space we find that works for that, we're gonna take," she said. 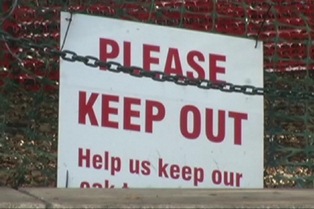 Nurse said no one is in charge of the group - one member who had been previously referred to as head of finance now says he is a member of the accounting group. The movement is united in its separateness, organizers say.

"There's no one group that is in charge of all the other groups," said New York member Austin Guest. "We're kind of inviting each other to each other's meetings, trying to be autonomous and in coordination with each other."

Without the 24-hour presence of the encampments, however, cracks have crept into the unity. Members in some cities say that the general assembly is where everything is decided.

In Portland, organizer Gina Ronning said, "the (general assemblies) are for the visionary elements, the values," not to decide and plan major actions.

But since the Oregon camp was evicted on Nov. 13, meetings of several subgroups are drawing people away from the formerly well-attended general assemblies. When the camp existed, it had a PR team, a web team, a social media team, an action committee and a finance committee. But now there is also a Women's Caucus, an Elders Council, The Bike Swarm, Unsettle Portland (focused on foreclosures) and Occupy Voices, which seeks to document the people at the city's marches and rallies.

In New York, Rodriguez said a top agenda item of the general assembly is reworking itself. "They're looking a lot at our structure, our spokescouncil and the GA," he said. "How they could make those bodies work more smoothly."

There are rules of conduct. No one can be interrupted. No one can clap to support an idea, because that's an interruption. Supportive members are asked to wave fingers in the air. Some assemblies stop considering big-decision items if the meeting gets too small after several hours, because not enough people are there to represent the group.

"Even though it's inefficient and can be frustrating, I love it," said Meagan Moroney, 24, a San Francisco member. "Because everyone has not only a voice, but an equal voice."

The general assembly still meets every day in San Francisco, where police moved in on Moroney and others sleeping in a downtown park last week. The group has been protesting in different neighborhoods, focusing on marches for human rights, and expanding its membership.

Losing the encampment may be the best thing that ever happened, she said. It forced members to stop thinking about the city's regulations and police actions and start thinking about the issues that got them involved - the income gap between the rich and the poor.

"I told (the police) yesterday, `Thank you so much for raiding us,'" she said. "We've gotten so bogged down dealing with all the city's concerns that we weren't thinking enough about our movement. It made us kind of clean up our act."