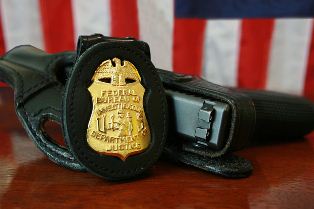 NEW YORK (AP) -- The American Civil Liberties Union accused the FBI on Thursday of abusing increased powers it was given after the Sept. 11 terrorist attacks by collecting and analyzing racial and ethnic demographic information across the country based on widespread stereotypes.

The civil rights group based findings in its report on documents obtained from the FBI through Freedom Of Information Act requests made last year through 34 ACLU affiliates. It said the partially redacted documents put on its website show the FBI crossed the line in its assessment of Arab Americans in Michigan, Blacks in Georgia, Chinese and Russian-Americans in California and large groups of Hispanic communities in Michigan.

"The FBI's own documents confirm our worst fears about how it is using its overly expansive surveillance and racial profiling authority," said Hina Shamsi, director of the ACLU National Security Project. "The FBI has targeted minority American communities around the country for investigation based not on suspicion of actual wrongdoing but on the crudest stereotypes about which groups commit different types of crimes."

In response, the FBI defended its practices while adding that it "joins the ACLU in opposing racial or ethnic discrimination." It said it "does not investigate individuals, groups or communities based on ethnicity or race."

The agency said guidelines from the attorney general's office and its own Domestic Investigations and Operations Guide prohibit initiating investigative activity based solely on race or ethnicity or on the exercise of First Amendment rights, including freedom of religion.

"Often, though, certain terrorist and criminal groups are comprised of persons primarily from a particular ethnic or geographic community, which must be taken into account when trying to determine if there are threats to the United States," the FBI said in a statement.

It said the mapping reports it creates "are intended to address specific threats, not particular communities." It said it uses available government data to locate and better understand communities that are potential threat victims and put resources in those areas.

"To fulfill its national security mission, the FBI cannot simply wait for people to report potential threats," the FBI said.

It compared its own map building to make connections "that might otherwise go unnoticed" to a local police chief's use of push pins on a map to identify high-crime areas.

The ACLU, though, said the FBI has stepped out of bounds since it was allowed in 2003 to conduct racial and ethnic profiling in national security and order integrity investigations.

"What's the harm here? The harm is that basing criminal and national security investigations on unlawful profiling is not just unconstitutional, it's ineffective because it produces flawed intelligence, it's counterproductive because it alienates local communities from their government and it also sends the message that the government finds prejudice is acceptable," Shamsi said.

The ACLU said it has sent a request to the attorney general, who oversees the FBI, asking that he amend its rules about race to prohibit racial and ethnic profiling without any exceptions and to add religion and national origin to the barred profiling criteria.

In the documents it released on its website, the ACLU highlighted a 2009 Detroit FBI field office memo referencing Department of State-designated terrorist groups originating in the Middle East and Southeast Asia and saying that "because Michigan has a large Middle-Eastern and Muslim population, it is prime territory for attempted radicalization and recruitment by these terrorist groups."

It also released documents it said show the FBI is focusing improperly on First Amendment-protected activity by members of Georgia's black community, such as non-violent community protests after police shootings and the National Black Panther Party's reported support of a congressional candidate.

The ACLU said it exposed two San Francisco FBI memos that the agency used to justify the opening of an investigation involving racial and national origin mapping of its Chinatown community because it believed within that community "there has been organized crime for generations." The same reasoning was used to map the Russian population there, the ACLU said.

The FOIA request also resulted in documents from FBI offices in Alabama, New Jersey, Georgia and California that show the FBI is using the threat posed by a criminal gang started by Salvadoran immigrants to justify broad investigations targeting large sections of Hispanic communities.