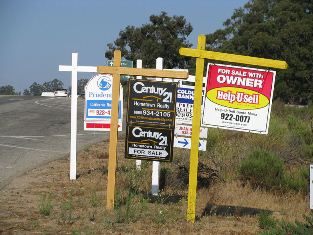 WASHINGTON (AP) -- The average rate on the 30-year fixed mortgage this week fell below 4 percent for the first time ever, to 3.94 percent.

For those who can qualify, it's an extraordinary opportunity to buy or refinance. And mortgage rates could fall even further now that the Federal Reserve plans to reshuffle its portfolio of securities to try and lower long-term rates.

Still, rates have been below 5 percent for all but two weeks in the past year and have done little to boost home sales. This year is shaping up to be among the worst for sales of previously occupied homes in 14 years.

Many people are reluctant to take the risk in this market. High unemployment, scant pay raises and heavy debt loads are deterring many would-be buyers.

Others can't qualify for the historically low rates. Banks are insisting on higher credit scores. And many want first-time buyers to put down 20 percent. Few people have that much cash or home equity to satisfy the requirement.

Mortgage rates have tumbled because they tend to track the yield on the 10-year Treasury note. The yield has fallen in recent weeks, largely because investors are worried about the U.S. economy and the debt crisis in Europe. So they have shifted their money out of stocks and into the safety of Treasurys.

A drop in mortgage rates could provide some help to the economy if more people could refinance. When people refinance at lower rates, they pay less interest on their loans and have more money to spend.

But many homeowners with good jobs and stable finances have already refinanced over the past year. Most economists say rates would need to fall at least a full percentage point before it makes sense to refinance again.

The reason is homeowners typically pay a few thousand dollars in closing costs when they refinance. And the low rates being offered don't include extra fees, known as points, which many borrowers must pay to get the lowest rates. One point equals 1 percent of the loan amount.

The average fee for the 30-year and 15-year rose to 0.8. The average fees for both the five-year and one-year adjustable-rate loans were 0.6 and 0.5, respectively.

To calculate average mortgage rates, Freddie Mac surveys lenders across the country Monday through Wednesday of each week.