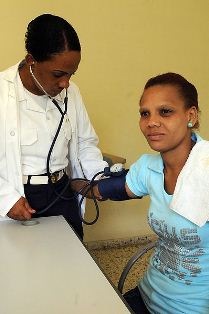 WASHINGTON (AP) -- When it comes to health care savings, President Barack Obama's deficit plan borrows a familiar strategy from corporate America's playbook: cut costs or shift them to others.

Drug companies, hospitals, nursing homes and state health care programs assessed the damage Tuesday from the president's latest deficit-reduction proposal to Congress. While Medicare and Medicaid would be spared radical reengineering, the plan spreads plenty of pain. Future retirees would be on the hook for a greater share of their Medicare costs.

Still, some advocates for seniors and low-income people say the president's approach is preferable to GOP-backed ideas debated this year, from privatizing Medicare to letting the states run Medicaid without a federal guarantee that the poor would get needed care.

"This is a question of `compared to what?'" said John Rother, president of the National Coalition on Health Care, a research and advocacy group. "While it does hit Medicare beneficiaries, it's better than most of the alternatives we've seen thus far, which would involve bigger hits."

Obama promised Medicare beneficiaries that he'd veto any legislation asking them to sacrifice without also raising taxes on upper-income earners. But he didn't issue them a complete pass.

Instead, he's proposing to raise a range of costs for future retirees, while mostly shielding Medicare's 48 million current beneficiaries. Under the president's plan, starting in 2017:

-Newly signed-up beneficiaries would pay a penalty if they also purchase private insurance that covers all or most of Medicare's copayments and deductibles. Administration officials say such insurance encourages over-treatment.

-New beneficiaries would pay a $100 copayment for home health services, unless they have just been discharged from a hospital or nursing home.

-New beneficiaries would pay a higher annual deductible for outpatient services. The so-called Part B deductible, currently $162, is indexed for inflation. It would go up by $25 for new enrollees in 2017, 2019 and 2021.

"You can't reduce the deficit without making some people pay more or get less," said Paul Van de Water, a senior analyst with the Center on Budget and Policy Priorities, which advocates for the poor. "If you think there should be no cuts in Medicare, anywhere, then this obviously goes too far. If, at the end of the day, you recognize that they have to make some further reductions, then these are about the best you can do."

Try telling that to the pharmaceutical industry. Obama's plan would cut their payments by $135 billion over 10 years, accounting for more than one-third of his total health care savings. The president wants drug makers to pay rebates to Medicare, along the lines of what they now pay Medicaid. The Pharmaceutical Research and Manufacturers of America says it would lead to the loss of thousands of jobs in the industry.

Hospitals and nursing homes, slated for a mix of cuts and efficiency measures, are also complaining. The American Hospital Association says if Obama's plan becomes law, hospitals and related businesses would lose 200,000 jobs by 2021.

Doctors also have reason to be concerned. Without endorsing any particular fix, Obama's plan assumes that Congress will address the main issue facing doctors: a scheduled 30 percent cut in Medicare payments next year due to a previous budget law gone awry. A solution being considered by congressional advisers would cut payments to specialists and freeze rates for primary care doctors.

Obama also wants to give additional authority to a new agency called the Independent Payment Advisory Board, which could force further cuts for medical providers.

All told, Obama's plan would cut Medicare by $248 billion over 10 years and squeeze another $72 billion from Medicaid. Some of Medicaid savings involve shifting costs to the states by rejiggering the federal payment formula and limiting a strategy currently used by states to draw more federal dollars.

Two leading organizations that supported Obama's health care overhaul law are expressing concerns about his latest plan. AARP says it could result in arbitrary cuts to Medicare. The liberal advocacy group Families USA says the Medicaid cuts could undermine coverage for the uninsured.