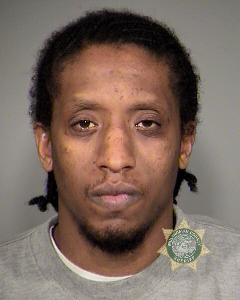 Portland Police have arrested 26-year-old Theautry James Zeno of Vancouver, Washington, in connection with the shooting of 27-year-old Izeah Williams last Friday, March 18. Williams was shot at Northeast 107th Avenue and Fremont Street. Although detectives initially investigated this shooting as gang-related, they now believe that the shooting stemmed from a personal dispute rather than gang activity.

Zeno was arrested near Southeast 202nd Avenue and Powell Boulevard in Gresham. Investigators have recovered a handgun used in connection with the shooting.

He was booked into the Multnomah County Jail on one count of Attempted Murder, Assault in the First Degree, Assault in the Second Degree, Felon in Possession of a Firearm, and Unlawful Use of a Weapon.