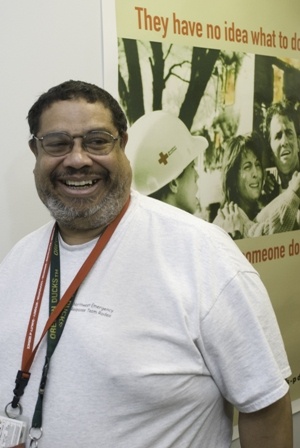 Spirit of Portland winner and civic leader Clarence Harper, attacked by a gun-wielding neighbor in Southeast Portland on April 29, is still working to pull his life back together.
In a frightening odyssey that lasted for weeks, Harper, 61, lost his home and most of his belongings in a legal standoff that amounted to his word against an affluent White neighbor.

However in a rare outcome, that neighbor pleaded guilty to menacing Harper and is set to go through anger management, alcohol abuse counseling, 40 hours of community service and 18 months of probation.
Harper, meanwhile, is relieved, grateful and disturbed.
He says his case shows the rollercoaster ride faced by African Americans in the legal system in Portland.
"It all came down to my word against hers, and there were times in there when I thought I was going to be killed – first by her, and then by the police," he says. "I'm just glad I had friends who stuck with me and supported me, and I thank God that it turned out okay."
"It reinforces the idea that in fact we are a community," said Rep. Lew Frederick, one of several local leaders who lent a hand in the case. "Not a community necessarily based on race or economics or political affiliation, but we are actually a community and the whole idea behind a community is to help folks who need the help."

Faced at 3 a.m. by his drunken neighbor brandishing a loaded handgun and threatening to kill him in his own home, Harper was on the phone to a 9-1-1 operator as police officers arrived on the scene.
The neighbor, Jeanne Teeples, is a daughter of Harper's housemate, an elderly man for whom records show Harper had provided in-home care for the past six years without complaint. 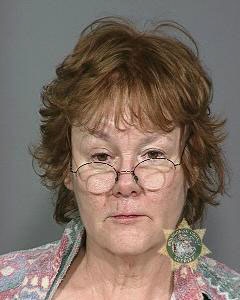 Harper, who does not drink or take drugs, says the operator told him to stay on the line as he went outside to meet the officers.

Jeanne Teeples was arrested and plead guilty to menacing

"The operator kept saying, 'don't be afraid,' and 'hold on to the phone,' but I was thinking about how many times the police have killed Black men because they were holding something in their hand – that's how they killed James Jahar Perez,'" Harper told The Skanner News.
"So I put my hands up as high as I could so the police could see me – I honestly thought I could die right there."
"Jeanne told me when I called the police that I was nothing but a n******, and they would never believe me over her," Harper said.
Harper -- winner of the Spirit of Portland award, honorary Knight of Rosaria, Neighborhood Emergency Team organizer, certified mental health counselor and winner of a Presidential Citation for his years of service to the local community on behalf of the federal government -- says when he looked into the bright lights of the police car that night he felt like James Chasse and Kendra James.
The first police on the scene threw him against their patrol car, he says, but soon realized it was the petite blonde woman with a gun who was creating the problem.

Teeples turned and ran into her house where she holed up for four hours with officers waiting outside.
Harper says he asked the officer in charge why they weren't going into Teeples house.
"He asked me, would you have us storm the house and kill her?
"And I said, I appreciate your compassion but I wonder why you didn't show that same compassion to Kendra James, because you could have let her go and picked her up later, you didn't have to kill her either.
"I told him I appreciated his compassion but they needed to show that same compassion to mentally ill people and minorities," Harper said.
"At first he got angry but then he cooled off."
Eventually the police arrested Teeples and charged her with menacing. Her family posted bail within hours, but before Teeples returned to her own home, Harper agreed to move out of his room at her father's house temporarily.
He obtained a restraining order May 3 to keep Teeples away from his room while he figured out what to do next.
Then the real nightmare began.
Having left in the middle of the night with little more than the clothes on his back, Harper was destitute. Civil rights attorney Greg Kafoury helped him arrange, with the help of then-Commander Mike Reese, who is now chief of the police bureau, to return home May 4 and retrieve all his belongings.
But when Harper arrived to pick up his things, he was served with a counter-restraining order – and kept out of his room completely. He was forced to leave without so much as a pair of shorts.
Teeples father, David Sutherland, whom Harper had for six years provided eldercare for, filed the counter-restraining order against Harper alleging verbal and emotional abuse, drug use, and violent threats. Sutherland even charged that Harper owned a gun.
The order included a letter dated May 3 from Sutherland's doctor, A. Perry Hendin, backing up the abuse claims – but offering no proof. Hendin apparently had not witnessed any of the acts he alleged in his letter to the court.
For more than a month Sutherland's restraining order kept Harper away from his own belongings as well as his housing.

With the help of Rev. J.S. Bailey at King's Temple Christian Center in Northeast Portland, Harper found work and lodging.
When Harper hired Portland attorney Gregory Gudger on a "pro-bono" basis to help him fight off the charges in Sutherland's restraining order in court, which he did earlier this month, all the allegations in the restraining order were thrown out.
Then the Multnomah County District Attorney's office brought criminal charges against Teeples, who plead guilty the day court hearings were to start.
"In this case, it seems like everything went well, and a lot of times we in the media don't cover when things go right," Frederick says.
"I think an important case here is the fact that he actually knew that he had people to call who were not family members, but who he could call to get information from and who would support him -- that's probably the most important thing."
Frederick, the only African American man in the Oregon legislature, says it's important for lawmakers to recognize how different the landscape can look for Black men drawn into the court system – or even just those who call 9-1-1.
"Clarence was very upset because he saw things taking place in the society – the shooting of the young man after the traffic stop by the Lloyd Center – really clearly had an impact on him and several other friends of mine by the way," Frederick said.
"The other thing is that there really are ways to handle situations."
According to Frederick, "For a lot of people there's a belief that nothing can get done. Nothing works. And unfortunately part of the reason for that is in many cases the role of the media is to show you what doesn't work – what happens is that then people believe that nothing works."
Harper says the worst part of the whole experience was that Teeples' family apparently destroyed his shelf of community service awards: his Royal Rosarian Award, Royal Rosarian Medal, and knighting ceremony pictures; his 2006 Star Award for 10 years of service to the Neighborhood Emergency Program, 2008 Lifetime Achievement Award for 13 years of service to the NET program, and his Presidential Call to Service Medal; and his 2008 Spirit of Portland Award for service to Portland as an emergency preparedness educator.
Harper is still working in the heart of Portland emergency services to train neighborhood residents in what to do if a disaster strikes– he hasn't stopped his work throughout the past few months of trauma.
Fire Chief John Klum and the Royal Rosarians are working to replace some of the trophies and medals.
"I can never replace some of those things," Harper told The Skanner News. "But at least I know there are people who I can count on at the worst of times."