Eight National Awards in Journalism for The Skanner News 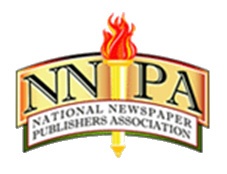 At the National Newspaper Publishers Association Convention held in New York City on June 16, 2010, The Skanner News was the only newspaper in the country to win a prize in all its five categories: The MillerCoors Messenger Award for Cultural Diversity, with "Census Should Count Prisoners as Residents of Their Home Counties" . The Messenger Award in the Heritage category, for a profile of graphic designer Rupert Kinnard . The  NNPA Merit Awards for Best Use of Photos, and  the Ida B. Wells Best News Story prize for "Progress Murky on Race, Juvenile Justice" . Also finalist in four categories: Aid/Emergency Relief, for "Felons Suffer High Rates of Homelessness" ; Environment, for "Attorney General Gets Out of the Office" ; and Responsibility, for "Lack of Access Hinders Treatment for Addiction" , and General Excellence.