Lisa Loving of The Skanner News
Published: 27 May 2010 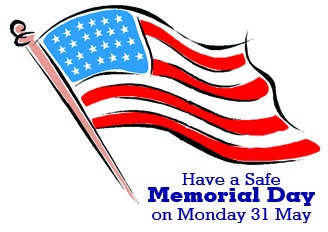 Just in time for Memorial Day, Oregon lawmakers have opened two major offensives in support of National Guardsmembers fighting for their rights to health care, equipment – and in some cases, just plain respect from the armed services.

This week, Sen. Ron Wyden and Rep. Kurt Schrader called for an investigation into what they described as a "dual track" putting troops with the National Guard in the back seat when it comes to Army medical treatment.
Wyden and Schrader say Joint Base Lewis McChord, Northwest soldiers' first point of return from the war zones, is giving National Guard Soldiers slower and inferior medical treatment compared to "active duty" soldiers.
A particular point of outrage has been a Power Point training slideshow for military staff that humiliates Guards members and minimalizes their contribution as merely "weekend warriors."
"While there may have been a time where being in the reserve or national guard required just a weekend a month, today these brave men and women are standing shoulder to shoulder with active duty soldiers in harm's way," Wyden said in an angrily-worded statement Monday. "They 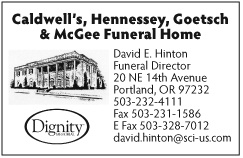 make many of the same sacrifices. They dodge the same bullets and they deserve the same respect, which includes the benefits that they have earned."
Schrader and Wyden, in a letter to the Secretary of the Army, allege that bureaucrats at the Readiness Center at Fort Lewis McChord are "overturning medical decisions made by doctors." The goal, the lawmakers say, is to ration health care to Guardsmembers so that there is more room for and services available to active duty military, resulting in "a negative impact on a service member's treatment."
Soldiers have also been encouraged to seek care for war wounds from the Veterans Administration or TRICARE, denied second opinions, and sent home without treatment if they cannot be treated within 90 days. The charges add that Guardsmembers who complaint "have been threatened with serious disciplinary action."
Also this week, Rep. Earl Blumenauer has joined a Congressional effort to eliminate federal funding for a second engine for the F-35 Joint Strike Fighter, built by GE Corporation and Rolls-Royce, and constituting one of the most expensive weapons programs currently underway.
A scuffle has broken out pitting corporate lobbyists backed by House Armed Services Committee staff against Democrats, President Obama and the Pentagon itself, all fighting over some half a billion dollars that could be saved and redirected in part to National Guard equipment and services.
The issue is expected to come to a vote Thursday.
Blumenauer, in an interview with The Skanner News Wednesday, expressed outrage over what he called the "shortchanging" of the National Guard.
"They're kind of like stepchildren," he said. "They had problems with things in terms of transfer overseas, in terms of under funding stuff at home, and they've been stressed fighting challenges around the country going back to Katrina -- and there is by some estimates over a $40 billion shortage.
"At the same time we have some people in Congress that are fighting for a second jet engine for the joint strike fighter. The Pentagon doesn't want it, they don't think they need it, the president is resisting it, and we're talking about spending hundreds of millions of dollars on

something that quite frankly is completely superfluous," he said. "So our proposal is to cut almost $500 million out and be able to redirect that and we're fighting for as much of that as possible to go to the guard."
He said his allied in the Congressional delegation "deeply respect and honor their commitment their service and their sacrifice, and that we're working in Congress to make sure the government supports their efforts, including getting them the equipment they need in order to do their job right."
In an interview with The Skanner News this week, Gov. Ted Kulongoski, who has attended every one of the Oregon National Guard's 19 funerals as well as all commissioning and decommissioning ceremonies since his term of office began, described his struggle to make sure Oregon soldiers receive the services they need and the equipment as well.
"Let me start by saying that for all of the families of the veterans who have died in Afghanistan and Iraq, this Memorial Day is a recognition of the service to their country and to this state – and also of the terrible price they've paid in support of the mission of the United States and our interests throughout the world."
Kulongoski says the state and the federal government share the responsibility to provide a "softer landing" for those returning from the war zones to their home communities and that the grim economic forecast this week is sure to hit their ability to get back on their feet.
"For those that return home, we have a very, very deep obligation to see that they are provided the resources and programs they need to adjust back to civilian life.

*The majority of these soldiers are from Oregon, based on their "Home of Record." The remaining soldiers have strong ties to Oregon. They may have gone to College or High School in Oregon, born in Oregon, or laid to rest in Oregon. One soldier (Ogburn) is listed because he was a State of Oregon employee, his home of record is Idaho. Another soldier (Canham) served in an Oregon unit.

To see the full list of Oregon war casualties go to http://governor.oregon.gov and click on "Oregon's Most Honorable."