By Brian Stimson of The Skanner News
Published: 22 May 2010

For some students and faculty at Portland Community College, the sight of Sylvia Welch's name on a caller id means they'll do one thing -- let it go to voicemail.

"They'll wait to get the message to see what I want," she says with a smile. "And then I'll say 'Let's go to lunch' and they'll say, 'Why?'"
Call her the campus detective, or enforcer, of equality. If someone in the PCC system raises an issue about a possible discrimination claim, it's Welch's job to investigate. 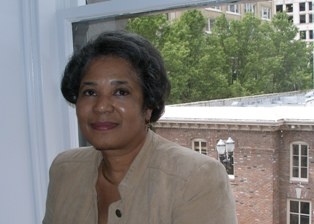 But Welch's career of more than 34 years has come to an end. Welch, who has worked as Portland Community College's Affirmative Action director for 13 years, will be retiring on Friday after more than 20 years at the college.

'Work it out'
In general, Welch's job is to make sure no one at the college breaks the federal anti-discrimination laws or the college's nondiscrimination and nonharassment policies. Faculty, staff, administration, students – they will all come to her if there is an accusation of discrimination or harassment.
"If a student comes to me and they want to talk about discrimination, my job is to be objective and to work it out, to get the student back to class and feeling ok about things," she said. "And if the instructor is wrong, the instructor is wrong."
She says she's an island unto herself. She protects the office of the president, and the college, but she also has a duty to weed out discriminatory behavior. If she finds a truly bad actor, they won't be at the college for long.
"If somebody's wrong, they're wrong and the school will work with them if they're wrong," she said.

Her Path
Coming up, education was always important in Welch's family. It was one avenue that was open to people of color and it was a way to help others advance. Since high school, she knew she wanted to be that field, and in college, after getting kicked out of the speech pathology program, found Interpersonal Communication to be her path.
"I thought, 'this is where I'm supposed to be,'" she said. "And then I started reading to blind international students and it made me want to go overseas and it made me want to look at different parts of society in the United States."
Soon after the Kent State shootings, she graduated from Ohio University and went overseas to work with soldiers completing academic work for post-military life. After returning, she landed a gig with Warner Pacific College in Portland, doing admissions for international students.
"I looked around and I was the only person of color there among faculty and staff," she said with a laugh. "So I got all the ethnic students, the Black, Hispanic and Asian domestic students and all the professional students. That was probably one of the most rewarding jobs. There are so many similarities between domestic students, and what they needed, and international students, and what they needed."
She made it her mission to make sure that domestic and international students got to know each other, so they could break down the sometimes impenetrable cultural barriers that exist. She arranged meetings, socials and cookouts for students to get to know each other and have fun together. After 10 years, she landed a job at PCC Sylvania.
"I wanted to come to a community College because I love the mission," she said. "We're going to have to figure out how to educate everybody … It's about helping community…getting the community to work."

Her Impact
President Pulliams said Welch has been a critical part of improving diversity at PCC.
"She's been outstanding in terms of promoting and implementing an equity agenda," he said.
She's supervised an internship program for people of color that allowed them to teach part-time. Many of those former interns are now working for the college, Pulliams said. She also organized a number of diversity councils to carry out the college's diversity strategy.
During her time at the college, diversity has increased from 9 percent people of color on staff and faculty, to 14 percent. Welch says she's lead many efforts to get people at the college to think about inclusion events and strategies. She says she also fields a good many concerns from qualified minority job applicants who didn't get a job they had applied for.
As for racial harmony on campus, Welch says it is a pretty good reflection of what goes on in the city and the state.
"I think it's OK," she says. "Many people have their head in the sand."
With her newfound free time, Welch says she'll be doing some travelling, spending more time with her husband, making art and wants to volunteer with the Make-A-Wish Foundation. In all, she says she's been very happy with her long career.
"I just hope I helped some people along the way," she said.