PORTLAND, Ore. (AP) -- The best indication of how strong the tea is brewing in Oregon this year may come May 18 in a Republican contest to run against Democratic U.S. Rep. David Wu in the northwest corner of the state.
Three newcomers are campaigning for the GOP nomination. One has a fundraising lead and a nod from the party's national congressional campaign organization, and two others align themselves with the conservative insurgency that calls itself the tea party movement.
The contest is of interest if only because so few of Oregon's congressional campaigns are expected to be competitive, either in the May primary election or in November, and because of the attention tea party protesters have drawn over the past year.
``It's a wonderful test of the tea party,'' said Jim Moore, political science professor at Pacific University. ``Does it have legs? Can it put candidates up there?''
Over the years, national Republican strategists have often taken aim at Wu, but he's survived to win six elections and run for a seventh in a district whose political makeup has been trending more Democratic.
By fall, the most competitive congressional race in Oregon is expected to be in District 5, where Kurt Schrader is completing his first term in a district where John McCain came closest to Barack Obama in the 2008 presidential race. It stretches from Clackamas County west to the coast.
But Republicans figure their next hope for a gain in the state would be in Wu's district, which is centered in Washington County and west Portland and includes Clatsop, Columbia and Yamhill counties.
Elsewhere, Oregon incumbents seem entrenched: Republican Rep. Greg Walden in a vast district in Eastern Oregon, Democratic Reps. Earl Blumenauer in Portland and Peter DeFazio in the southwestern corner of the state; and Democratic Sen. Ron Wyden.
All have raised large sums and face primary or general election challengers who are in general poorly funded, little known or inexperienced as candidates.
In Wu's district, Rob Cornilles of Tualatin has raised nearly $400,000 and gotten a listing among potential "Young Guns" in a candidates development program run by the National Republican Congressional Committee.
Both parties engage in such campaign touting, which provides insight into where party insiders with access to polling data and fundraisers think their money and assistance is most likely to pay off. 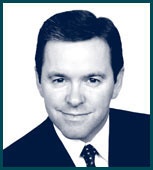 Cornilles runs Game Face, a business consulting and executive development company for professional sports teams. He said the work has been largely out of state, meaning he hadn't developed local fundraising connections.
"He's had to do a fair amount of convincing in the Portland business community, and he's done that," said Sally Stevens of Cannon Beach, chair of the Clatsop County Republican Central Committee.
The fundraising is a demonstration of broad support in what's understood to be a tough chore, unseating a longtime incumbent, said Cornilles. "They know I'm the only candidate who can defeat David Wu," he said.
Mortgage broker John Kuzmanich is one of the two candidates claiming tea party affiliation, and boasts endorsements from two of its leaders: Geoff Ludt, who runs a website linking various tea party groups, and Jeff Kropf, a former legislator who now leads the Oregon chapter of Americans for Prosperity, a multistate group that has helped organize the tea party movement in Oregon.
Kuzmanich has raised more than $100,000 for a primary campaign that he calls part of "a people's movement rising up to take back the country" that's driven by ideals of limited government and fiscal responsibility abandoned by Democrats and Republicans alike.
"I'm not looking to join the old boy's network," said Kuzmanich.
A third candidate, Doug Keller, a retired Navy aviator, is active in the race and claiming tea party affinities. He has raised $12,000. A fourth candidate, Stephan Brodhead, filed but has not been active. He said he's aiming at a run in 2012.
Meanwhile, Wu has raised nearly $650,000 in the past two years and still has most of that in his campaign treasury. Even Republicans said it will be tough to unseat him, especially given his attention to bringing benefits back home, which tends to help local businesses.
"David Wu, realistically, brings $60-$80 million into the district every year," said Stevens.
In the other congressional races:
-- Wyden faces primary opposition from two candidates but has amassed $3.7 million in his campaign treasury and is expected to win handily.
Republicans have eight primary candidates, but party leaders are backing Jim Huffman, a law professor at Lewis & Clark university and newspaper essayist whose treasury consists in large part of his own $250,000 loan, according to federal campaign reports.
-- In the 2nd Congressional, Walden faces no primary opposition. His Democratic challenger in the fall will be Joyce Segers of Ashland.
-- In District 3, Blumenauer has a primary challenger but is in no trouble. His Republican opponent in the fall will come from Douglas County in Southern Oregon -- state law doesn't require congressional candidates to live in their districts. She is Delia Lopez, who owns rental property and raises horses near Oakland, north of Roseburg.
-- In District 4, DeFazio is unopposed in the primary. Republicans competing to run against him are Jaynee Germond of Dillard, also aligned with tea party groups, and Art Robinson of Cave Junction, once an associate of Linus Pauling who now runs an institute that develops home-schooling material.
-- In District 5, Schrader is unopposed and has raised more than $900,000 in the past two years. His Republican opponent is expected to be state Rep. Scott Bruun, who has a wide fundraising lead over primary opponent Fred Thompson, a retired timber industry executive from Salem.