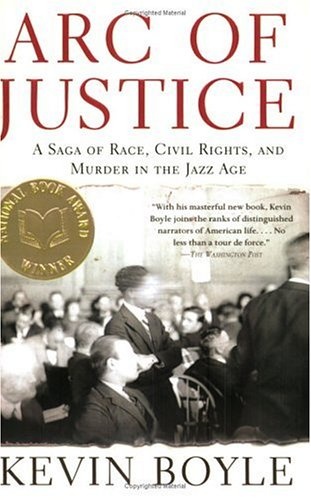 Forty two years after passage of the Fair Housing Act, the small Oregon nonprofit group charged with educating and advocating against housing discrimination still logs 2,000 complaints every year on their telephone hotline.

"In some parts of the state it still is quite blatant," says Diane Hess of the Fair Housing Council of Oregon. "We've seen things like a sign in the window of a house that said, 'White tenant wanted,' or a landlord that required all applicants to bring a signed letter from their pastor saying they were a member in good standing of their church."
Celebrating its 20th anniversary in conjunction with its annual fundraiser Friday, April 23, the Fair Housing Council is bringing National Book Award-winning writer Kevin Boyle, author of "Arc of Justice: A Saga of Race, Civil Rights and Murder in the Jazz Age."
Boyle keynotes a luncheon that follows a bus tour of Portland's history of housing discrimination. The tour highlights former ethnic communities now wiped off the map, sites where hate crimes have been committed, historic spots where Ku Klux Klan gatherings were held, and locations where communities have been "rounded up and exiled based on their ethnic origins."
"What we're doing with this event is rather different than the trainings we do all year long for real estate people and landlords and tenants and social services groups," Hess said. "Why is it we have such a tiny African American population? Why is it they historically lived in one area? What's the impact of gentrification today?
"What we're going to do is step back, going all the way back to the first settlers that came here and look at the different ethnic groups that have come here, look at the different dynamics that have happened that have led us to where we are today," she said. 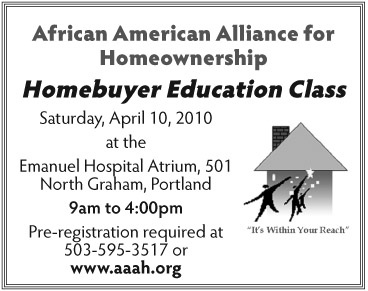 While not a government agency, the Fair Housing Council holds trainings for landlords, property owners and members of the public; it also helps consumers lodge complaints against housing providers who violate local, state or federal civil rights laws on housing.

The council also serves as a watchdog on larger housing trends, and recently revved up its "secret shopper"-style audit testing program. The effort sends teams of "testers" – some all-White, some people of color, some with disabilities — to targeted areas to document how potential renters from different racial and ethnic groups, including from the "protected classes," are treated in the marketplace.
While only two cities have been vetted so far – Beaverton and Ashland — Hess says the testers documented disparate treatment rates from just below 70 percent to almost 80 percent.
"The difference is not where the landlord is saying, 'No I won't rent to you because you're African American or a mixed race couple,' but they might tell you a different amount of rent, they may not tell you about the specials, they may not give you the application forms, they may not show you the same unit that they showed a White couple," Hess said. "What we hear on our hotline is actually the tip of the iceberg — there have been national studies showing that one in every 10 acts of illegal housing discrimination is actually reported.
"So what that means, though, is that people will continue to discriminate until they face any accountability."

Planning Process
The Portland metro area is becoming increasingly "racially isolated," according to a Metro report last year prepared by civil rights policy expert Myron Orfield.
Part of the Portland Plan regional development process to be taken up over the next year, the report showed schools and housing go hand in hand to create a tapestry of discrimination leaving pockets of poverty dotting the landscape.
Orfield, a law professor at the University of Minnesota and director of the Institute on Race and Poverty, said his research shows housing discrimination is a key factor in the downward spiral of schools as well as a host of other social issues, including perceptions about crime and police violence.
"It looks like some of the historically Black community and some of the historically poor parts of the community are gentrifying and adjacent neighborhoods are becoming, particularly in their schools, more racially and socially segregated in the outlying areas," he told The Skanner News.
"Black and Latino families and children are much more likely to be in racially and socially segregated schools and neighborhoods than families of any other race," he said.
"Because Whites have more housing choice, and because there is less housing discrimination against low-income Whites, they are able to not live in high poverty school areas as often ," Orfield said.
"So you can see this pattern, this is poverty."
The Fair Housing Council of Oregon's annual fundraising luncheon is April 23, from 8:30 until 2:30 p.m. Advance-registration is required, the deadline is April 14. For more information go to http://fhco.org/fhmonth10.htm or call 503-223-8197, ext. 108.