However at his meeting, held Friday afternoon at Portland State University, individuals in the crowd expressed surprise and anger to discover that Kroger's new division has no jurisdiction whatsoever over the Jan. 29 Portland Police shooting of Aaron Campbell – considered by many to be the most obvious perceived civil rights violation in the state right now.
Meanwhile, federal prosecutors in the 2006 Sean Bell police shooting in New York City closed that case last week, saying that incompetence by officers was not an issue of civil rights violations.
Bell was killed on his wedding day when three undercover officers sprayed 50 bullets on the vehicle he was in, killing him and wounding two friends. Bell was found to be unarmed.
Campbell was bean bagged, attacked by a police dog and shot in the back with an 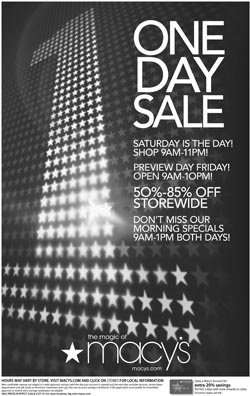 AR-15 rifle within one minute of exiting an apartment where crisis negotiators had successfully convinced him to put down his gun and give up.
Campbell, who had been suicidal over the death that morning of his younger brother from heart disease, was left lying on the wet pavement for more than 20 minutes before officers armed with a shield approached him and handcuffed his hands behind his back. He was never offered medical attention, and no gun was found on or near his body.
The FBI and U.S. Department of Justice last week confirmed they had already opened a preliminary investigation into the Campbell shooting, and U.S. Sen. Ron Wyden and Rep. Earl Blumenauer have officially asked U.S. Attorney General Eric Holder to look into it personally.

"Here is the basic fact, and this is something I've discussed with a lot of people in this room: we don't have a statute like the U.S. Department of Justice has," Kroger said. "I don't have a statute that allows me to sue a police agency."
An African American man at the back of the room challenged Kroger.
"How can you say your department, where you have systematic discrimination on one particular group that's affected by these practices, and you say that your office don't have the staff or don't have the statutes to look into that?"
Kroger responded as the crowd in the room became restless.
"I hate to sound like a lawyer, but I'm a lawyer," he said. "The powers that I have are very clearly set out in a specific statute that the Oregon legislature passed, and what I can do and what I can't do is set out there."
Kroger said his office would be bringing up changes to the Civil Rights statute in the 2011 Oregon Legislative Session.

The U.S. Department of Justice decision to close the Sean Bell case has ultimately triggered almost as much anger in New York as the incident itself.
Three officers in the wedding-day shooting were found innocent at trial two years later, in 2008. After that ruling, the U.S. Department of Justice's Civil Rights Division and the FBI announced they would conduct an independent investigation into the case.
Last week, the U.S. Department of Justice released a statement indicating they reviewed all the material already compiled by New York police and the Queens County district attorney's office, again interviewed Bell's friends who were in the car with him, then conducted their own ballistics tests.
"Neither accident, mistake, fear, negligence nor bad judgment is sufficient to establish a federal criminal civil rights violation," the statement said. To prove a civil rights violation by the officers would require proof that they "willfully deprived an individual of a constitutional right, meaning with the deliberate and specific intent to do something the law forbids."
The case's closure triggered community-wide rage, and Rev. Al Sharpton held a press conference with Bell's family Feb. 16 denouncing the move.
A 2004 study by the University of Syracuse in New York reported that U.S. Department of Justice prosecutors file criminal charges in only 1.3 percent of cases they investigate.

The outburst on the Campbell case came after a long session of talk about how local community groups and individuals are encouraged to come forth to help the Civil Rights division identify cases that should be prosecuted.
(Report a civil rights discrimination case at the state Consumer Hotline, 1-877-877-9392.)
Kroger expressed strong criticism of Portland police leadership and training, and said any local review would have to be "transparent" and include real citizen input.
"Someone asked me today – are people mad about this because of the incident itself, or because it's the process of a long number of incidents over many years? And the answer I gave is actually, people aren't mad yet. We're going to see the city explode in the next incident," Kroger said.
Others at the public outreach event for the Justice Department's Civil Rights Division pinpointed the culture of law enforcement.
"The young man who shot Mr. Campbell clearly was frightened, and clearly was in his head doing a TV movie from what I heard," ," longtime community organizer Kathleen Sadat said. "Something else has to happen with the culture itself, and with some understanding of that culture. The police are protected by the union and by the bureaucracy — and that leaves us at the whim of the man with the gun."