Council Expected to Vote This Week on Bike Plan 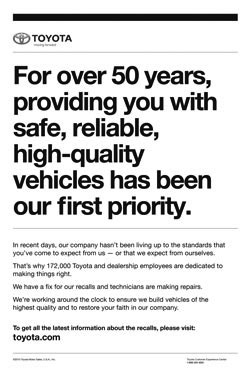 After hours of comments – the vast majority in support of the plan -- on Feb. 4, Commissioner Dan Saltzman and others said they wanted to better understand funding and other technical issues before moving ahead with approval.
Mayor Sam Adams – a strong supporter of the plan -- said the delay was a good thing. It means city leadership is taking time with the details of a transportation plan that calls for 681 miles of new bike lanes, boulevards, traffic lights, facilities and more in the next 20 years. If every project is completed in the plan, it would cost about $613 million.
"There has been some commentary that we can't afford to do this, I think we can't afford not to do this," Mayor Sam Adams said.
Opponents cite the large price tag as a reason for the council to reject the plan. Supporters, however, note that the plan doesn't hold the city to spending any money – it's merely a list of recommendations and priorities for bicycle related projects, should the money materialize.
"Not everything in this plan is funded, that would be safe to say," said Sue Keil, director of transportation for the city.
Chris Smith, transportation advocate and bike plan steering committee member, told The Skanner News that funding comes down to priorities.
"We're 10 percent of the transit in some parts of the city," he said. "That's an undeniable fact and it has to be acted upon."
Smith said the cost of congestion has to be included in calculating returns for investment in bike projects.
Michelle Poyourow, spokesperson for the Bicycle Transportation Alliance, said funding the plan will take a number of different sources – federal, state, and city. Currently, state highway funds dedicate 1 percent of funding to bike projects across the state.
She said the city needs to start putting aside small amounts of money to assist projects that could benefit from matching federal transportation dollars. For that to happen, projects need to be ready with engineering and planning.
"They need to move aggressively so when the opportunity arises, the city's ready to jump on it," she said.
The resolution approving the bike plan calls for the creation of a task force to determine what funding sources will be pursued.
Many other major cities will also be competing for federal dollars aimed at alternative transportation money.
In June 2009, San Francisco approved a 5-year bike plan that called for creating 34 miles of bike lanes, as well as other biking amenities such as traffic lights and racks. The plan has about 60 projects expected to cost around $14 million. Los Angeles also has a limited plan.
Chicago's bike plan calls to increase to 5 percent the number of cyclists making trips five miles or less. The plan calls for a 500 mile bike network, making a bikeway within a half mile of every Chicago resident. Even the Motor City recently approved a "non-motorized" plan.
But nothing comes close to the ambitious 20-year plan put forth by Portland, which has no significant opposition, according to Poyourow. Even the Portland Business Alliance is supportive of the plan, despite some concerns that too much reliance is being put on alternative modes of transportation and that the creation of a downtown "bicycle district" could negatively impact business.
"Specifically, the plan's goal of making trips of three miles or less more attractive should not be implemented in a way that makes regional auto-based access less attractive. Instead, designation of bicycle lanes, boulevards and tracks should be made in areas that make sense for the central city resident, the businesses, the cyclist as well as the regional customer," PBA President Sandra McDonough wrote in a letter to Mayor Adams.
Portland city council will meet Thursday, Feb. 11 at 3 p.m. to discuss changes, and possibly approve, the Portland Bike Plan 2030.