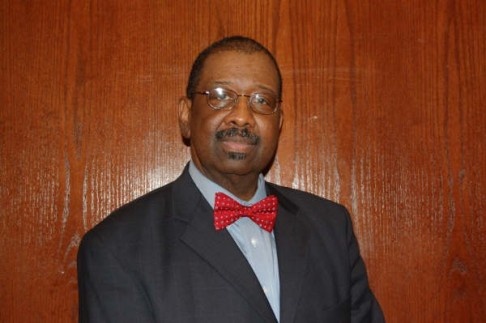 Rev. Dr. T. Allen Bethel and his wife Daphne Bethel hosted a celebration of their 15th anniversary of leading the congregation at Maranatha Church, Oct. 16 at the Legacy Emanuel Hospital Atrium.

The formal gala drew a host of supporters and admirers of Rev. Bethel, one of the most influential civil rights leaders in Portland history.

Also, a key role for Rev. Bethel is his leadership of a diverse church community in a rapidly changing area; as the Alberta Street neighborhood has gentrified over the past 15 years, he says a priority for him is to offer community to all who live nearby, no matter their race or class.

"Many of our neighbors have come to use our church lawn for spreading out a blanket and reading in the sunshine, for playing with their dogs and recreating with their children," he says. "It is important for us that all our neighbors know our doors are open to them no matter who they may be, that we are all part of this community together and our mission is to serve people whether they live here in Alberta or in Gresham or Beaverton."

With 30 years' experience in ministry and 28 years in pastoral ministry, he speaks throughout the United States and internationally.

Prior to his move to Portland, the Rev. Bethel pastored Shawmut Community Church of Boston for 10 years.

"When we moved to Portland from Boston years ago, I had no idea what my calling would lead me to do," he says. "I never intended to make waves or grab at headlines in the newspaper –

"I just did what was right, what the people needed me to do."

As a leader in the Albina Ministerial Alliance, Rev. Bethel has been instrumental in bringing religious leaders together to take public stands against police brutality time and time again.

Most recently the AMA leaders spoke out against the beanbag-shooting of a 12-year-old girl by TriMet police in December.

Rev. Bethel, alongside Bishop A.A. Wells, Rev. Donald Frazier, and Pastor LeRoy Haynes, among others, have spent years speaking out publicly, including taking stands against fatal police shootings of José Santos Victor MejÍa Poot in 2001, Kendra James in 2003, James Jahar Perez in 2004, the Tasering of 15-year-old Sir Millage in 2006, and the beating death of James Chasse in 2006.

In addition to civil rights work throughout the metro area, Rev. Bethel served two terms on the American Red Cross Blood Services Board. He has for years acted as a catalyst to encourage other church communities to host blood drives, and – as the recipient of a kidney transplant several years ago – he works to educate community members about the importance of organ donation.