By Brian Stimson of The Skanner News
Published: 21 January 2010 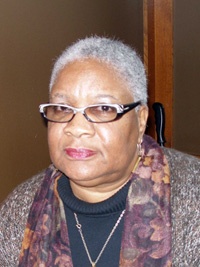 Former state Sen. Avel Gordly filed a formal petition to recall Portland Mayor Sam Adams on Wednesday morning. If Gordly is successful in gathering 32,183 valid signatures by April 20, a special election would then be held to determine the fate of Adams.

Gordly had been a supporter of the previous failed recall effort last year led by Jason Wurster, which failed to attract enough signatures to trigger a recall election.
Gordly's effort addresses the same concerns regarding Adams' statements and conduct following the disclosure that he had had a sexual relationship with then-18-year-old Beau Breedlove.
"Sam Adams has lied to us," Gordly stated in the Petition for Recall. "He lied and then covered up his actions to get elected major (sic). He lied repeatedly after admitting the affair and cover up with Beau Breedlove. A Mayor cannot in good faith move forward and continue city business without the trust of the people. This is about the reflection of our city's character. We have no idea how many missed opportunities our city has had with the current crippled leadership. It is time we restore integrity to the Mayor's office. Sam Adams has broken our trust. He must be recalled."
Gordly told The Skanner News that the recall election was about restoring public trust in a political system that puts winning over integrity. She also believes voters didn't have full disclosure from Sam Adams before they cast their original ballots.
"We need a clean slate," she said.
Whether that slate starts anew with Adams being reelected or tossed out of office, she believes the voters of Portland deserve a chance to have their voices heard.
"If citizens choose to keep Sam Adams, we have the responsibility to make him be successful," she said. "This isn't about sexual relationships, it's not about Sam being gay, it's not personal and it's not vindictive."
If Gordly were to vote today, she says she would vote to have Adams removed from office. But there is one thing Adams could do to make Gordly change her mind.
"He could sign the petition," she says. "And encourage people to participate in the process. I think it'd be a bold and courageous statement."
Gordly's group is using the base of support established by PSU student Wurster to jumpstart the signature gathering effort. Unlike Wurster's campaign, Gordly will be using some paid signature gatherers, which she believes will help her campaign succeed.
Adams is currently in Washington, D.C. and is scheduled to meet with President Barack Obama and Senate Majority Leader Harry Reid on Thursday to discuss Clean Energy Works Portland, a program to finance residential energy efficiency retrofits.
Adams' spokesman, Roy Kaufmann, told The Skanner News that because the "proposed recall is now an active election measure, I can't comment on its substance."
Gordly will release contributors to her campaign, as well as the amount the campaign has raised, sometime next week. She said her main backers include Tim Boyle, president of Columbia Sportswear, Ron Tonkin and Peter Stott. She is currently looking for donors and volunteers. Information about the recall can be found at www.citizenrecall.org. The campaign office is located at 940 SW Morrison St. in Portland.