Event 'Redefines the Blues' for Women

By Lisa Loving of The Skanner News
Published: 21 January 2010 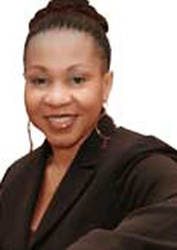 The event is free and a large crowd is expected, so get there early.
Organizer S. Renee Mitchell says the event builds on last year's depression seminar, where former state Sen. Avel Gordley inspired hundreds of attendees to look at the issue and, in some cases, reach out for counseling and professional support.
"We wanted to hold an event that raises some issues about African Americans and depression," Mitchell said. "It's an issue that people don't talk about in our community, but yet we are five times more likely as White women to suffer from depression."
Mitchell said that after sharing life experiences with Gordley, both women realized the importance of creating a public forum on the issue to give more women a place to learn, talk and heal.
"So we put out flyers and sent out emails and people just started buzzing about it, and we ended up with about 300 people -- this a facility that only holds about 125," Mitchell said. "People were so packed in there and it was empowering unlike anything I've ever experienced in Portland."
Mitchell said the event was so successful in educating women about the resources available to them, that the Avel Gordley Center for Healing hired more staff members to meet the demand. 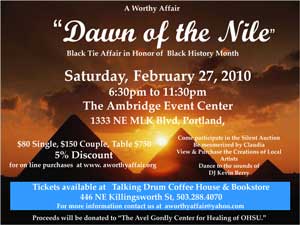 "It opened up the floodgates for people to have a safe conversation about it, which is so key," Mitchell said.
Currently, as an outgrowth of what she describes as "a movement" for improving Black women's mental health in Portland, Mitchell and others are working with Oregon Health and Science University on research into depression in African American women who are also survivors of domestic violence.
Mitchell's nonprofit organization the Healing Roots Center is helping facilitate discussion groups in the community to find out women's experiences and their mental health needs.
"What we're really looking at is the interconnectedness around violence in our lives, around racism, around just the issues that we as Black women deal with every day," Mitchell said. "We don't experience depression differently, but it's the added layers of being a woman, being a Black woman, having all those layers on top of the fact that we may be experiencing what is a medical condition, and we don't talk about that."
Mitchell, as well as Gordley and many mental health professionals, define depression as a medical condition to be treated in a professional setting, rather than simply an emotional state.
"It's not a personal weakness, which is how we tend to view it, which is why we don't talk about it," Mitchell said. "And so you add all of those layers on and it's going to manifest itself in pain, in feeling bad, in disease, in stress, in heart attacks, in high blood pressure. Statistics show that is actually a combined effect."
The first 50 women to sign up at the event Jan. 23 for the new series of self-help workshops hosted by the Twisted Healing Systahs will receive a personal journal designed by Portland native Juanita Howard.
The workshops, Dare To Be Powerful, include segments on visioning your positive future, learning to say "no," understanding and communicating your true feelings, spirituality, sisterhood and creative expression.
Keynote speaker at Redefining the Blues II, Joy DeGruy is a former Portland State University assistant professor who has spent many years researching social work, psychology and communications. She now lives in Atlanta, Ga., and runs a consulting firm called, "Be the Healing."
"I feel a new energy, I feel excited about an opportunity for some change, and some personal change, and I feel it's one of those things where you're just very intentional about your own healing and it opens up doors to be able to heal yourself and others," Mitchell said about Redefining the Blues II.
For more information about the event go to www.wix.com/RMSpeaks