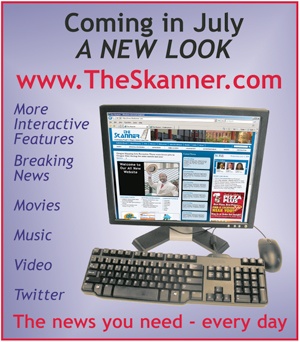 The nationwide argument over health care reform heats up in Portland this week, as U.S. Rep. Earl Blumenauer and former presidential candidate Howard Dean host a Town Hall Meeting from 3:30 to 5 p.m. Friday, June 5 at the Portland Community College, Cascade Campus, Moriarty Auditorium.
Recent Town Hall Meetings in Oregon have become face-offs with advocates of a single-payer health system staging protests against what they see as a lack of discussion about the benefits of such a system within President Barack Obama's reform efforts.
"Americans and Oregonians are in a civil WAR class struggle over health care reform in our country and our state," says an email circulated by local single-payer advocate Richard Ellmyer last week. "In WAR we must support our allies, defeat our adversaries and kill our enemies."
In Washington state, thousands marched Saturday in  Seattle, Tacoma and Olympia to demand health care reform, in a gathering addressed by U.S. Sen. Patty Murray.
"If this turnout doesn't send a message back to Washington, D.C. that there is a groundswell of support for real health care reform this year – then boy, I don't know what would," Sen. Murray told the rally.
Pre-registration for the PCC event Friday reportedly led Blumenauer's office to schedule a lottery to decide who will be able to participate, with the overflow crowd expected to watch a closed-circuit feed in a second nearby hall. 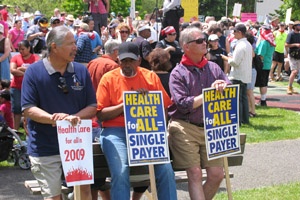 Single-payer advocates – who argue for throwing out the insurance-company system of health care funding in favor of a simplified, Medicare-style health care system paid for by one money source – have declared war on virtually every member of Congress and the Obama Administration.
Obama, who says the spiraling costs of health insurance is in part fuelling the current economic crisis, and has called on the industry to institute reforms to cut costs and make services available to the tens of millions of uninsured Americans.
And, finally, Blue Cross Blue Shield last week announced an ad campaign attacking Obama's proposal.
"While we spend more than any other nation on health care, our health outcomes lag behind other developed countries that spend far less," Blumenauer says on his website. "Nationwide, we have 47 million Americans without health insurance. We need to develop an efficient model of care that provides everyone with universal, quality health care."

The U.S. Senate Finance Committee is holding hearings on health care reform, but Sen. Max Baucus (D-Mont.), the committee chair, has specifically banned any testimony on single-payer proposals because, he argues, they are unlikely to be passed in Congress.
More than a dozen doctors, nurses and other advocates were arrested for disrupting the committee hearings in May. However this week Baucus finally agreed to meet with a delegation of leading single-payer national health plan advocates on Wednesday.
Also on Wednesday in Oregon, members of Single Payer Action, Physicians for a National Health Program, Healthcare-NOW!, the Portland Jobs With Justice Healthcare Committee, and members of local labor unions staged a "die-in" at Rep. Blumenauer's Portland offices.
Protesters said about 100 demonstrators picketed outside and 20 entered the representative's office, where they laid on the ground for 22 minutes "in memory of the 22,000 who, according to the Institute of Medicine, die every year due to lack of health insurance," according to a statement by Single Payer Action.
It's unclear when or how the health care reform effort will end. As hearings continue in the Senate Finance Committee, some observers still hold out hope for HR 676, singer-payer legislation introduced into Congress four years ago and stalled in committee ever since.
Meanwhile, the debate shows no signs of letting up.