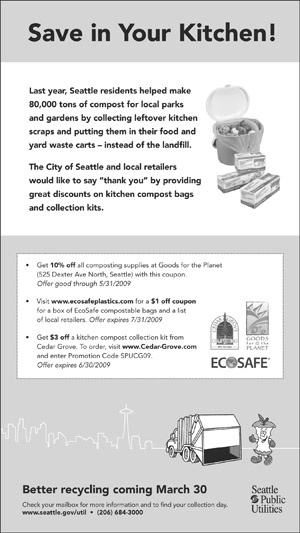 Hundreds of complaints and as many as five separate lawsuits have been filed against the Seattle School District over its plans to save money by shuttering facilities.
Meanwhile, the District this week announced its schedule of quarterly meetings to take public input on its "Excellence for All" education plan.
Officials said in a statement that the hearings will involve discussions about development of a new Student Assignment Plan.
Phyllis Beaumonte, Seattle King County NAACP education chair, said this week that NACCP President James Bible has also filedas many as 200 complaints with the U.S. Department of Education Office of Civil Rights.
"We also have lawyers who are going to be working with us on this, so we've done that, now we have to wait," Beaumonte said. "But that doesn't mean that we're going to sit and do nothing — we're going to continue to generate and mobilize parents to be very vigilant as it relates to the School Assignment Plan."
The old plan was declared unconstitutional in a U.S. Supreme Court decision handed down in June, 2007, which found that race could not solely be used to assign students to public schools.
In a blog posting dated Monday, March 9, Bible criticizes district officials for instituting policies that penalize students for their race.
"Whether you are poor, a minority or speak English as a second language our public school systems are intended to create opportunities that level the playing field," he writes. "It is unfortunate that the Seattle School District has forgotten the importance of providing quality education for all."
Bible cites statistics indicating, he argues, that a vast majority of children affected by the school closure plan are "minority, many speak English as a second language and many have learning disabilities."
Bible says that four of the five schools slated for closure are between 99 percent and 70 percent minority, while the fifth is 50.2 percent minority.
"It is also notable that these schools also served a disproportionate number of students in poverty," he writes. "During economic hard times public schools should not be balancing the budget on the backs of those that are poor and minority."
As he has for months, Bible argues that smaller class sizes should not be grounds for closure and consolidation, but rather should be embraced and supported by the district as better environments for learning.
"We should seize this opportunity to do better by our children instead of seeking to eliminate opportunity for disenfranchised populations," he writes. "The Schools that are now slated for closure were doing as well at educating children of color and the poor as any other schools. Instead of closing these schools we need to provide greater support."
District officials say they must find a way to close a projected $24 million shortfall in their operating budget for next school year.
Tuesday, district officials and staff at the Seattle schools' Alliance for Education, an independent, non-profit organization that supports district initiatives, announced they'd won $9 million in grants from local and national foundations in support of the district's five-year strategic plan, which they say will "expand college-ready coursework for students; real-time student data to drive decision-making; and stronger professional development opportunities for teachers, school leaders, and district officials."
Grant funds include $7.2 million from the Bill & Melinda Gates Foundation; $1.2 million from the Eli and Edythe Broad Foundation; $308,000 from Boeing; and $254,000 from The Stuart Foundation.
Upcoming public hearings by the Seattle School District are Saturday, March 21, from 10 a.m. to noon, at the John Stanford Center, Auditorium, 2445 3rd Ave. S.; Tuesday, March 24, from 6:30 to 8:30 p.m., at the Urban Impact, Main Office, 7728 Rainier Ave. S.; and Thursday, March 26, from 6:30 to 8:30 p.m. at the Ballard High School library, 1418 N.W. 65th St.
For more information go to the Engagement section of the Strategic Plan Web page at http://www.seattleschools.org/area/strategicplan/engagement.html.
Read James Bible's blog at http://jbible-naacp.blogspot.com/.