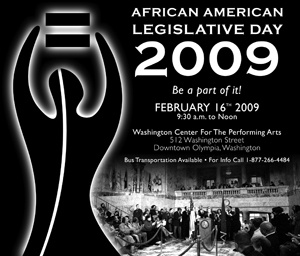 People who live or work in King, Lewis, Mason, Pacific, Pierce, Snohomish, Thurston and Wahkiakum counties may be eligible for disaster unemployment benefits if they lost their jobs or cannot work because of the storms and flooding that struck the region in January.
They have until March 6, 2009, to apply for the benefits.
Disaster unemployment benefits are only for people who do not qualify for regular unemployment benefits, such as self-employed individuals or those who were injured in the storm, were prevented from beginning new work or became the head of their household due to a death caused by the disaster.
Affected workers are eligible to receive disaster unemployment benefits for work they lost since January 6, 2009, and should apply for benefits right away. Payments will be made retroactively. The first payable week is the week ending January 17, 2009.
To qualify for disaster benefits, people must be out of work as a direct result of the storm. Examples include:
*   The person's place of employment was physically damaged or destroyed,
*   The person cannot get to work because it is inaccessible, either because roads are closed or the business is closed, or
*   The person's employer or business loses work because it received the majority of its revenue from another entity that was damaged or destroyed in the storm.
Applications are available online at www.dua.go2ui.com, by phone at 877-416-7274, by e-mail at dua@esd.wa.gov or the local WorkSource office can assist in printing the online application. Qualified applicants will be eligible to receive between $175 and $541 per week in benefits.
The Employment Security Department administers the federal disaster-benefits program for the U.S. Department of Labor, Employment and Training Administration, on behalf of the Federal Emergency Management Agency.