Cool Nutz Warms Up, Reflects with 'The Miracle' 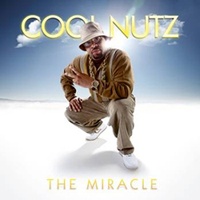 Cool Nutz looks at his life like a miracle. He's still alive, still recording, and he's been able to make a living doing it.
For these reasons and more, King Cool Nutz has called his latest release "The Miracle" – a varied and diverse hip hop album featuring Bosko, April Cason, Illmaculate, Maniac Lok, Amsterdam, DJ Fatboy, Onry Ozzborn, Grynch and more. Cool Nutz says that he already knew many of the collaborators but had never worked with them before.
"I wanted a variety of things to show where my music is going," he told The Skanner. "To show where my mind is and where my music is going."
Cool Nutz describes the album as a mix between a street album and a mix tape. The Portland-based artist will be having a concert in Seattle at Contour on Jan. 12. More importantly, he's using the record as a segue into the much anticipated "Young Obama" album – expected out in late March. With "The Miracle" Cool Nutz says he's just warming up and having a bit of fun.
"I'm doing so much music business I don't get to have fun," he says. To counteract the stress of making a living with music, he says he's been spending a lot more in the studio being creative. But after the success of the four-day POH HOP festival this fall, a festival DVD currently in post-production and the constant effort to propel the Portland Hip Hop scene to notoriety, Cool Nutz deserves to let loose – and his music appears the better for it.
"As I get older, the music needs to have more of a purpose than just good rap songs," he told The Skanner, while taking a break from work. "Songs that mean something … that's the direction that lead up to the 'Young Obama' album."
With 'Young Obama' Cool Nutz says he's comparing the excitement and struggle – on a much, much smaller scale – he's gone through to be a promoter of the local hip hop scene with Obama's struggle to secure the country's top job.
"I feel for years I've been going out of my way to put Northwest hip hop out there, to put it to the masses and support the movement," he said, not to mention all the financial risk and energy his promotion has taken. He says all of his current energy is going into putting the finishing touches on "Young Obama" a record he plans for a wider release than "The Miracle."
Cool Nutz has upcoming shows in January, including a "The Miracle" listening party in Seattle at Contour, 807 1st Ave. on Jan. 12 featuring a number of the album's collaborators; an album release party on the Friday, Jan. 30 at the Roseland Theater, 8 NW 6th Ave. alongside Three 6 Mafia, Chef Boyz and hosted by DJ Fatboy.

From "Violate"
If barrack really wins, all these white folks are going to have some black friends; …
You see these pigs in the rearview, hands on their pistols don't let em get near your; they might violate your rights, throw you to the pavement and that's not right.
Illegal searching tazing young fellas, thinking to themselves how to hate them niggas.