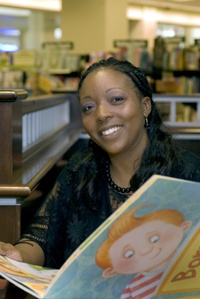 Poised to launch itself into a major growth phase, The Urban League of Portland is tapping one of the most dynamic women in the Pacific Northwest to drive their grassroots expansion.
Sunshine Dixon – an artist, activist, organizer, writer, businesswoman – is the League's new community organizer.
She'll be presiding over the Urban League's Do the Right Thing Literacy Festival this Saturday, Sept. 20 from 11 a.m. to 4 p.m. at the North Portland Library on North Killingsworth Street.
"I think it's amazing that the word 'together' also says 'to get there,'" Dixon says. "I want to see the community come together, I want to see partnerships develop; I want to see people move forward beyond their barriers."
Born and raised in Oregon, Dixon spent her childhood in the family home just off North Killingsworth Street. She attended Humboldt Elementary School, Ockley Green Middle School, Jefferson High School, Portland Community College and Portland State University.
A turning point in her life was when a local adult recruited her to volunteer with a nonprofit group for the first time.
"Geneva Jones brought me in on the United Negro College Fund recruiting team – she reached out to me and said hey, it's time for you to give back.
"I've had a lifestyle of doing that ever since."
This weekend at the North Portland Library, Dixon is organizing a huge street party celebrating books — right across the street from the block where she spent her childhood years. It's the biggest Do the Right Thing event the League has ever put together.
Midge Purcell, the League's coordinator for organization and public affairs, is enthusiastic about the next year of special programs and the energy Dixon is already bringing to the table.
In addition to the League's Senior Center with its full slate of health, wellness and artistic programs; its community development and political work including its Mayoral Forums held before the primary elections last spring; and its youth programs running the gamut from mentorships to the Portland Urban League Success in Education summer academy, Purcell lists even more important new projects that could enhance the lives of local residents.
Armed with a new grant from the City of Portland, the group is beefing up their outreach programs and encouraging civic engagement.
While the literary celebration this weekend is growing, voter registration programs continue and are set to expand over the next few weeks until the Nov. 4 election.
In addition, the League is updating its 10-year-old State of Black Oregon project, gathering an informational database of statistics on employment, health and social issues affecting the community, and augmenting it with historical accounts of change over the past 20 years.
In addition to doing social services and programs to youth and seniors, the organization also does what Purcell calls "community building."
A key political education project the League has underway is the Social Justice and Leadership Trainings, which culminate Oct. 11. The three-session class has been broken down into three segments: "Understanding Social Movements," "Tackling Inequity Through Policy Change," and "Building a Community Campaign."
"One of the other things is to get people hopeful about the idea that City Hall belongs to them, and how to access those structures," Purcell said. "That's one of the things we're getting into down the road tapping into youth, and Sunshine has some great ideas about how to do that for youth."
Dixon is also already organizing a physical exercise initiative and more youth development projects.
"I would love to see people understand their value," Dixon says. "So many nonprofits will be in need of things that other businesses need to get rid of — but they don't know each other or what others are in need of."
For more information about the Urban League of Portland, call 503-280-2600.