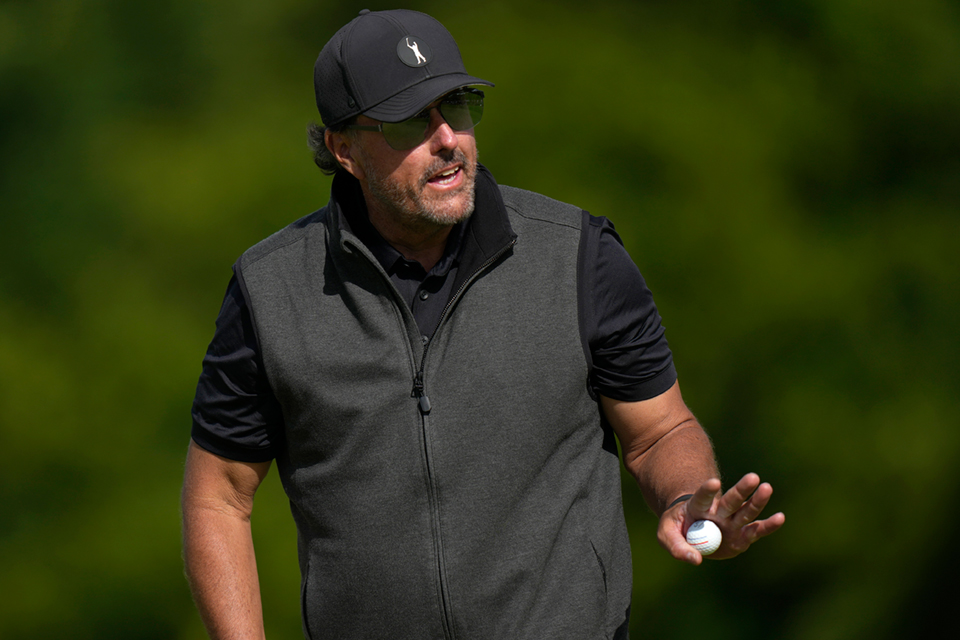 Saudi Arabia-backed LIV Golf is getting a chilly reception in Oregon, its first stop in the United States.

This coming week, the series, which is paying enormous signing fees for players like Phil Mickelson and Dustin Johnson, descends on Pumpkin Ridge Golf Club in tiny North Plains, nestled in the rolling hills west of Portland.

But the North Plains mayor, as well as officials from surrounding cities, have written the club's owner, Escalante Golf, with concerns. Oregon Sen. Ron Wyden is speaking out against the tournament, and some members of the pricy club also are uncomfortable with the situation.

Opponents point to Saudi Arabia's human rights abuses, including the murder of U.S.-based journalist Jamal Khashoggi. But in Oregon, there also is anger over the hit-and-run death of 15-year-old Fallon Smart in 2016.

Saudi student Abdulrahman Sameer Noorah was facing a trial on first-degree murder charges when he removed a tracking device and vanished. U.S. authorities believe the Saudi government helped arrange for a fake passport and provided a private jet for travel back to Saudi Arabia. The case was featured on “60 Minutes.” 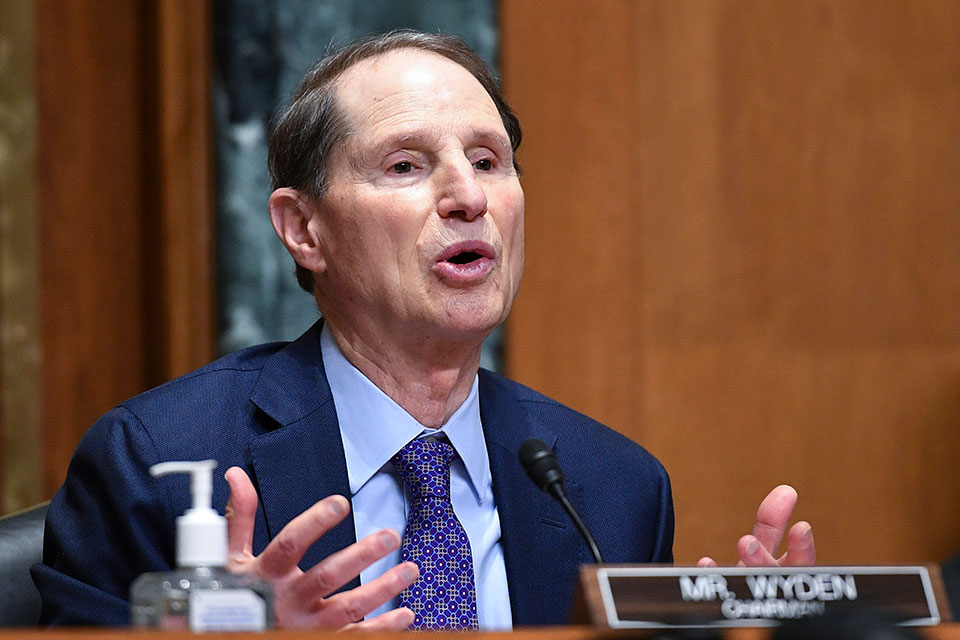 Sen. Ron Wyden, D-Ore., speaks during a Senate Finance Committee hearing on Oct. 19, 2021, on Capitol Hill in Washington. Child welfare officials in Oregon will stop using an algorithm to help decide which families are investigated by social workers, opting instead for an entirely new process that officials said will make more racially equitable decisions. Wyden said he had long been concerned about the algorithms used by his state’s child welfare system and reached out to the department again following an AP story to ask questions about racial bias – a prevailing concern with the growing use of artificial intelligence tools in child protective services. (Mandel Ngan/Pool Photo via AP, File)“It's wrong to be silent when Saudi Arabia tries to cleanse blood-stained hands, in the fight for Oregonians to get justice — Fallon Smart was killed very close to our house in Southeast Portland, and the person charged with the crime, a hit-and-run death, was, based on all the evidence, whisked out of the country by the Saudis before he stood for trial," Wyden said in an interview with The Associated Press.

There is also concern the event could bring protests to North Plains, a town of just 3,400 people. Tickets to the event prohibit fans from displaying any political signs.

“We oppose this event because it is being sponsored by a repressive government whose human rights abuses are documented. We refuse to support these abuses by complicitly allowing the Saudi-backed organization to play in our backyard,” said a letter signed by North Plains Mayor Teri Lenahan and 10 other mayors from surrounding cities.

“It’s just a page out of the autocrats’ playbook covering up injustices by misusing athletics in hopes of normalizing their abuses," he said.

The event also has put Pumpkin Ridge members in a difficult spot. Some decided to leave the club over the tournament, but it's unclear how many departed.

“A lot of members are like stuck between a rock and a hard place right now where politically they don’t agree with it at all," said member Kevin Palmer of Beaverton. "But I also joined last year and put down like $12,000, and if I leave I don’t get any of that money back.”

Greg Norman is CEO of LIV Golf Investments and the face of a circuit that aims to rival the PGA Tour. The 48-man field in Portland will compete for $20 million in prize money for individual play, and $5 million in team play, with 12 teams. Teams will be announced Tuesday after a draft.

Johnson, who had been No. 1 in the world longer than any player since Tiger Woods, and six-time major champion Mickelson were among the first big names to join. The Portland field since has added Bryson DeChambeau, Brooks Koepka and Patrick Reed, all major champions, though none among the current top 20 players in the world ranking.

The PGA Tour has suspended every member who competed in the first LIV event because they did not have conflicting event releases. Those in Portland also will be suspended when they tee it up.

The tour typically awards three such releases a year, only for tournaments overseas. It does not allow its members to compete in tournaments held in North America.

The Portland event is held the same week as the John Deere Classic in Illinois.

“The PGA Tour, an American institution, can’t compete with a foreign monarchy that is spending billions of dollars in attempt to buy the game of golf,” Commissioner Jay Monahan said last week. “We welcome good, healthy competition. The LIV Saudi golf league is not that.

"It’s an irrational threat, one not concerned with the return on investment or true growth of the game.”

The LIV tour consists of eight events this year, five in the United States. Following the stop in Portland, the tour moves to the Trump National Golf Club in Bedminster.

Texas-based Escalante Golf, owner of Pumpkin Ridge and another course on the LIV series, did not respond to a request for comment.

“We believe that we have a moral obligation to take a stand and speak out against this event in order to protect the people we serve," the mayors wrote in their letter to the company. "While our local jurisdictions may not be able to prevent this event, we stand together to voice our concerns about the unwelcomed potential risks, visitors and harm this event could have on our communities.”