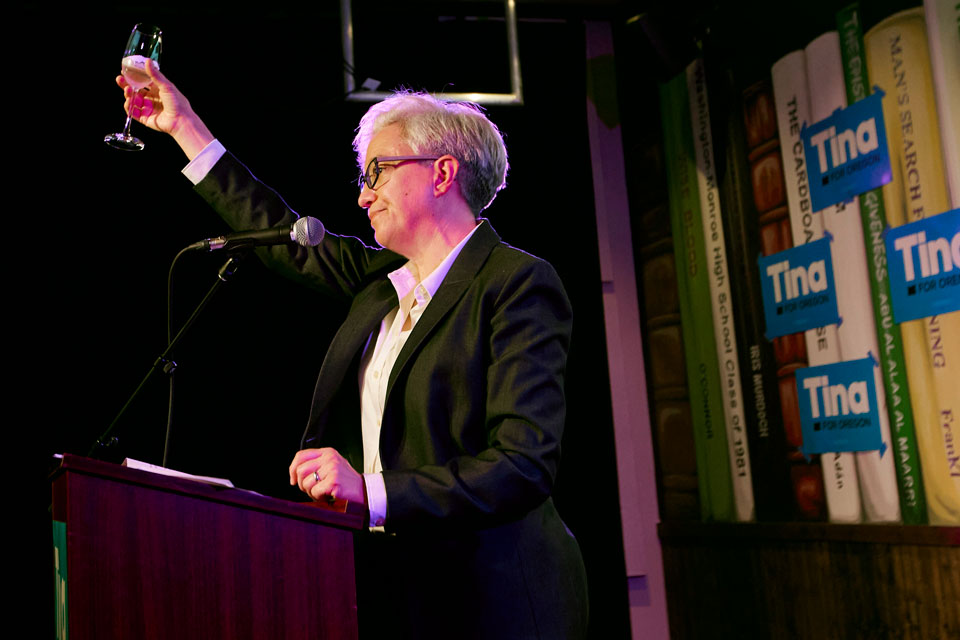 PORTLAND, Ore. (AP) — Gubernatorial elections in Oregon usually result in victories for the Democrats, but this November's contest is setting up to be a competitive and contentious three-way race.

Former Oregon House Speaker Tina Kotek won the Democratic nomination for Oregon governor Tuesday. She will face the winner of the GOP gubernatorial primary as well as nonaffiliated candidate Betsy Johnson in the fall. As a nonaffiliated candidate, Johnson did not need to run in a primary race to make the fall ballot.

“This will be a three-way race for the highest office in our state. And this will be an election unlike any of us have ever seen,” Kotek said in her victory speech Tuesday night.

Drazan said Tiernan called her Wednesday afternoon and conceded, which was confirmed by his campaign.

“While all signs point to a victory, we are still waiting for more ballots to be tallied and for the race to be officially called,” Drazan tweeted.

This afternoon I spoke with Bob Tiernan, who graciously conceded the race. While all signs point to a victory, we are still waiting for more ballots to be tallied and for the race to be officially called. We look forward to celebrating the final outcome soon. #orpol #TeamDrazan pic.twitter.com/ceJveL1MOR

While Oregon hasn’t seen a GOP governor in 35 years, political experts say Republicans have an opening amid widespread discontent in the state and a possible split in votes between Kotek, a progressive, and Johnson, a former Democratic state senator.

“I think this is the best shot they’ve had in quite a few years,” Christopher McKnight Nichols, an associate professor of history at Oregon State University, said of the GOP party’s chances in November. 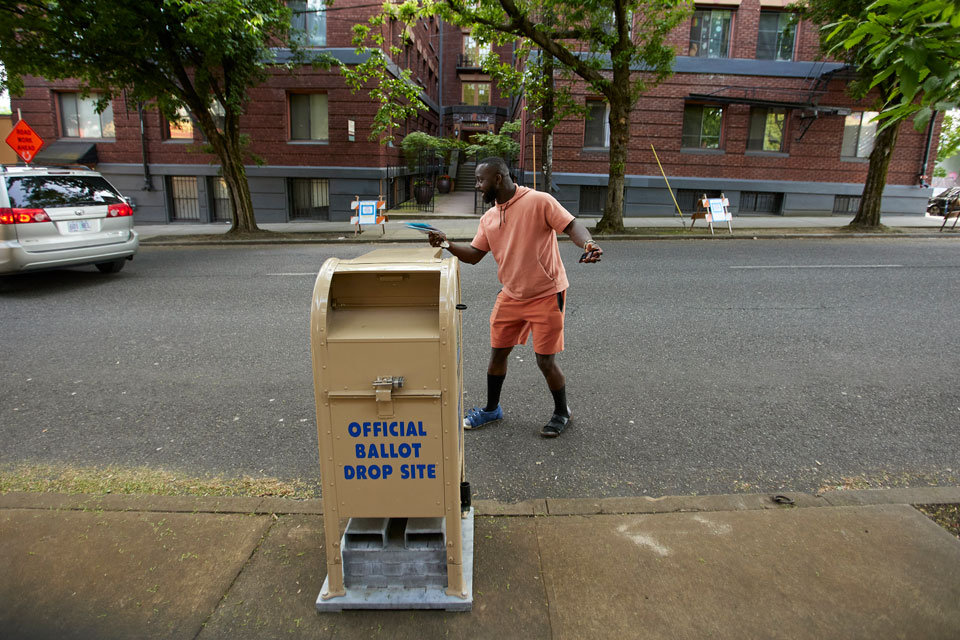 Marlai Sawaneh drops his ballot for Oregon's primary election into a Multnomah County collection box in Portland, Ore., Tuesday May 17, 2022. (AP Photo/Craig Mitchelldyer)“For Johnson to win she’s going to need to get Independents, Republicans and people who weren’t the low turnout Democrat voters in the primaries — so sort of lukewarm or not as observant regular voting Democrats,” Nichols said.

The only nonaffiliated governor in Oregon’s history was Julius L. Meier from 1931 to 1935.

“The biggest change Oregon can make this year is putting the people back in charge with an independent governor loyal only to Oregonians, not the political extremes,” Johnson tweeted.

The former lawmaker, whose time in the Legislature overlapped with Kotek’s, described the Democratic gubernatorial nominee as “more Kate Brown than Kate Brown” — a common comparison by opponents of Kotek, in hopes of associating her with the current governor’s historically low approval ratings.

Kotek, who wielded the House speaker’s gavel for a record nine years as the Democratic Party increased its power and pushed ambitious progressive agendas, has called Johnson a conservative.

The Portland-based Kotek, beat her biggest Democratic challenger — Oregon State Treasurer Tobias Read — by a comfortable margin Tuesday night. But as someone who held power during a tumultuous time in Oregon, Kotek must convince voters she can improve the state while avoiding blame for its problems.

“I think it’s important to remember that all the Democrats in this race share a similar vision for what we want the state to be,” Kotek said in her victory speech. “We’re all going to work together to make sure we win. That a Democrat — that I win in November, because frankly there is just too much at stake.”

Cline is a corps member for the Associated Press/Report for America Statehouse News Initiative. Report for America is a nonprofit national service program that places journalists in local newsrooms to report on undercovered issues.