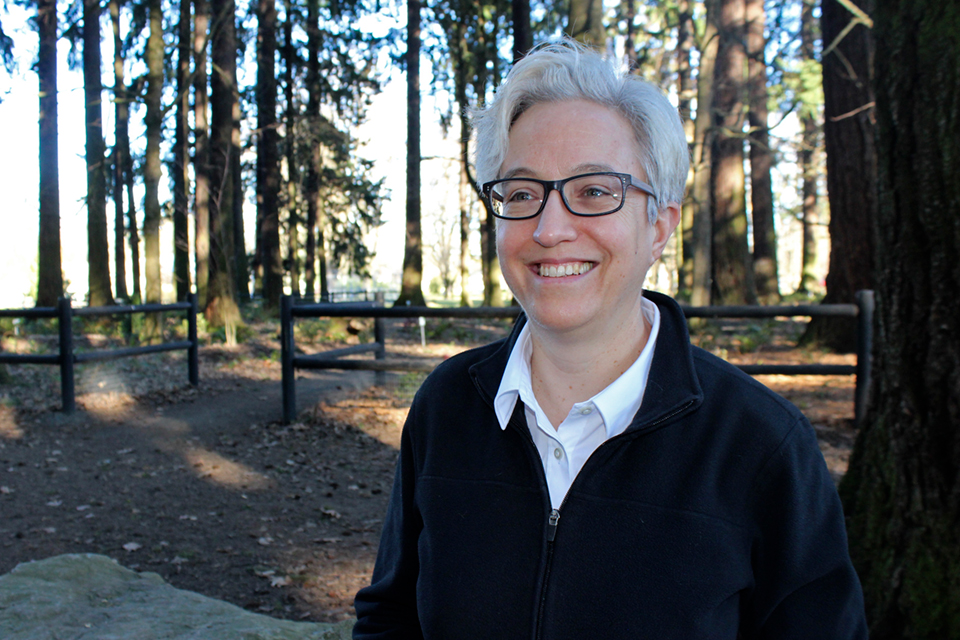 PORTLAND, Ore. (AP) — For a record nine years, Tina Kotek sat at the front of Oregon’s House of Representatives, wielding the speaker’s gavel as the Democratic Party increased its power in the Legislature.

Now the staunch liberal is seeking the state’s highest position — the governor’s seat.

While the May 17 primary will determine whether Kotek will be the Democrats' standard-bearer for governor, it's also another U.S. test of which wing of the Democratic party is ascendant — progressives or moderates. During the last election cycle, progressives in some of the nation’s most liberal cities, including Seattle and New York, stumbled as frustrated voters opted for more moderate-minded candidates.

In most election years, Kotek’s leadership experience, accomplishments, and political allies might guarantee her a win. But with many Oregonians upset by some of the nation's strictest and longest-lasting COVID-19 restrictions, the homeless crisis, lack of affordable housing, record homicide numbers in Portland, school closures, racial injustice protests that garnered national headlines, and months of delayed unemployment and rental assistance checks, the former lawmaker faces the challenge of convincing people that she can better the state while dodging blame for where it is today.

Kotek’s critics say she’s hyper partisan, with a progressive agenda that will mainly benefit Democrats and whose broken deals have left her with many foes. But supporters, including a third of Oregon's Legislature, argue her determination and record of “getting things done” — at times, seemingly by all means necessary — make her the candidate to improve the entire state.

“What I think voters really want is someone who can see a problem, bring people together and solve it,” Kotek recently told The Associated Press. “They want to see action.”

Kotek’s path to political prominence in Oregon was far less direct than taking Interstate 5 from Portland to the Statehouse in Salem. The daughter of a middle-class family whose parents are first-generation Americans after her grandparents immigrated from Eastern Europe, Kotek was raised in York, Pennsylvania, the seat of a conservative county two hours west of Philadelphia.

Kotek moved to the Beaver State in 1987 and graduated the University of Oregon with a religious studies degree. In the quirky college town, Kotek was “free” to be herself, and she came out as a lesbian. If elected, Kotek, 55, would be the nation's first openly lesbian governor.

As a University of Washington grad student, Kotek's application to live in married student housing with her then-partner was denied. At the time, same-sex marriage was illegal in the state. Kotek helped force the school to change its policy, and was introduced to activism.

“It was my first aha moment of like, ‘You can change the world,’” Kotek said.

Kotek worked in nonprofit organizations before her election to the House, representing north Portland, in 2006. In 2012, her colleagues elected her House Speaker.

While Kotek's sexual orientation and political views produce backlash, one of the biggest obstacles she has faced is sexism, describing the Legislature as a “bit of an old boy network.”

“What I’ve noticed for myself and my women colleagues is we all, I think, feel like we need to work harder and be at the top of our game all the time," she said. “Because we are trying to prove something.”

If elected, she would be the third woman governor in Oregon history. While she’s been endorsed by nationally-recognized women in politics including Sen. Elizabeth Warren and former Rep. Gabrielle Giffords, she doesn’t have a coveted nod from the first woman to lead the state, Barbara Roberts, who was elected in the early ’90s. Roberts endorsed Kotek’s biggest Democratic challenger, Oregon State Treasurer Tobias Read.

“Oregon needs a governor with a statewide record of tackling tough issues, delivering results, and fighting for Oregonians living in every corner of this great state,” Roberts said in a statement issued through Read’s campaign.

Before resigning from the Legislature this year to run for governor, Kotek steered and passed ambitious progressive agendas made possible by Democratic supermajorities, including the nation’s first statewide rent control, gun storage laws, criminal justice reform, paid family leave, and a requirement for metro counties to transition to clean diesel engines by 2025.

“Tina doesn’t just talk about the issues impacting our communities, she gets to work,”

Cutting deals and whipping the vote have helped Kotek pass laws. In 2019, a bill reining in pension costs failed before Kotek intervened to get two more votes in favor, The Oregonian reported.

But Kotek’s aggressiveness to provide results has also left a trail of distrust and political foes.

In September, Kotek infuriated Republicans by rescinding a power-sharing deal. The agreement essentially gave House Republicans veto power over redrawn political maps if the minority party stopped blocking bills and halting sessions. In recent years the GOP has walked out or not shown up to work in protest. After a 2019 walkout to block a vote on a landmark economy-wide climate plan, Gov. Kate Brown deployed state police to try to round up Republican lawmakers who fled the Capitol.

But Kotek voided the deal on the first day of the special session, saying Republicans weren’t engaging constructively. The Democrats' maps included a new sixth congressional district and were upheld in court.

While Kotek said she made a tough decision in order to complete the maps in time, Republicans said they were cheated, resulting in another GOP walkout and causing further tension between the parties.

“She lied and broke her promise not just to us but to Oregonians,” said former House Minority Leader Christine Drazan, another gubernatorial candidate.

But perhaps one of Kotek’s biggest challenges is whether she can unite a growingly divided state. Several rural counties have discussed seceding from Oregon and joining Idaho, where their conservative values better align. Political experts describe the state as purple, with conservative rural swaths, and unaffiliated voters now outnumbering Democrats. Some say moderate, unaffiliated gubernatorial candidate Betsy Johnson will have more success.

Kotek has also been thought to be too similar to Brown. Opponents have dubbed Kotek “Kate Brown 2.0,” perhaps hoping to taint her with the current governor’s historically low approval ratings.

Both are liberal women who have represented Portland, identify as LGBTQ and held power as Oregon descended into disarray.

But the Democrat has a simple message: