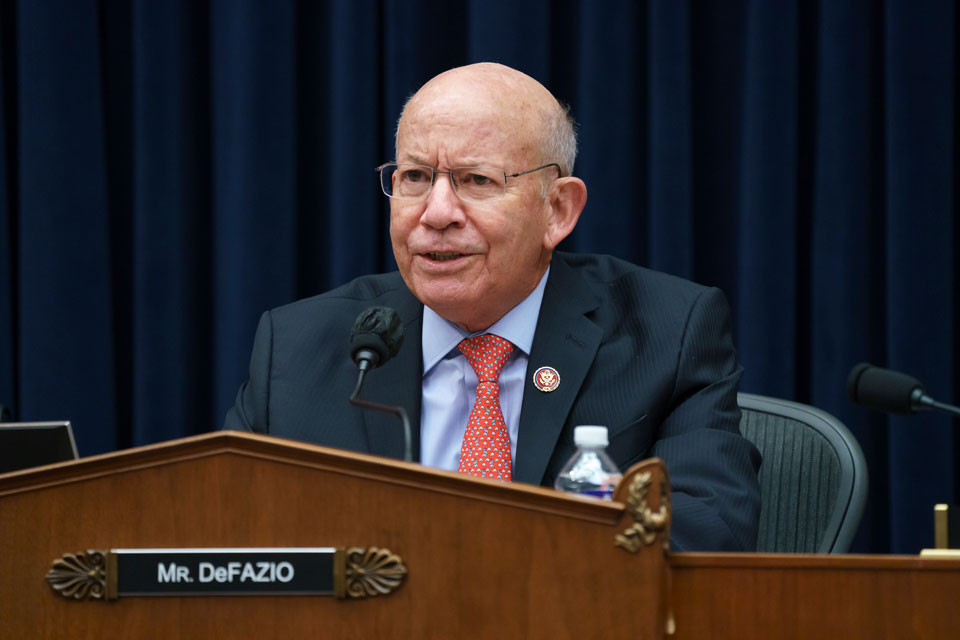 PORTLAND, Ore. (AP) — Rep. Peter DeFazio, the longest serving U.S. House member in Oregon’s history and a staunch advocate for environmental issues, said Wednesday he is retiring and will not seek reelection next year.

The 74-year-old Democrat is the powerful chairman of the House Transportation Committee.

“With humility and gratitude I am announcing that I will not seek re-election next year. It has been the greatest honor of my life to serve as Congressman for the Fourth District of Oregon,” DeFazio said in a statement.

While his announcement comes as his party faces a number of challenges ahead of the 2022 midterms, DeFazio’s seat is probably safe for Democrats. Oregon’s 4th District covers the southwestern portion of the state, including coastal communities and the liberal university towns of Eugene and Corvallis.

DeFazio was first elected in 1986. The last time a Republican was elected to the seat was 1972.

In 2020 DeFazio faced a spirited challenge from Alek Skarlatos, a hero soldier-turned-Republican congressional candidate. In 2015, Skarlotos, a member of the Oregon National Guard, helped disrupt an attack on a train bound for Paris by a heavily armed man who was a follower of the Islamic State group.

DeFazio beat Skarlatos by 5 percentage points, his closest margin of victory in many years.

And while the GOP will see an opportunity in the 4th District next year, there will likely be many strong Democratic candidates as well. Democrats control the Legislature, all statewide elected offices, the two U.S. Senate seats and four of the five current U.S. House seats in Oregon.

“It’s time for me to pass the baton to the next generation so I can focus on my health and well-being," DeFazio said, adding he will work for the rest of his term to help pass President Joe Biden's Build Back Better Act to address economic inequities and the climate crisis.

Originally from suburban Boston, DeFazio got an advanced degree in gerontology from the University of Oregon and later worked as an aide to former Oregon Rep. Jim Weaver, who he succeeded, and as a county commissioner.

'Champion' for the environment

DeFazio touted among his accomplishments banning the export of logs from federal lands to protect old growth forests, protecting 390,000 acres (157,827 hectares) of wilderness in Oregon and increasing federal investment in infrastructure.

In a statement, House Speaker Nancy Pelosi praised DeFazio for his many years of service.

“Chairman Peter DeFazio is an absolute force for progress, whose 36 years of effective leadership in the House will leave a legacy that will benefit the Congress and Country for decades to come," Pelosi said.