Sen. Manning on the Year Ahead and the Year That Was 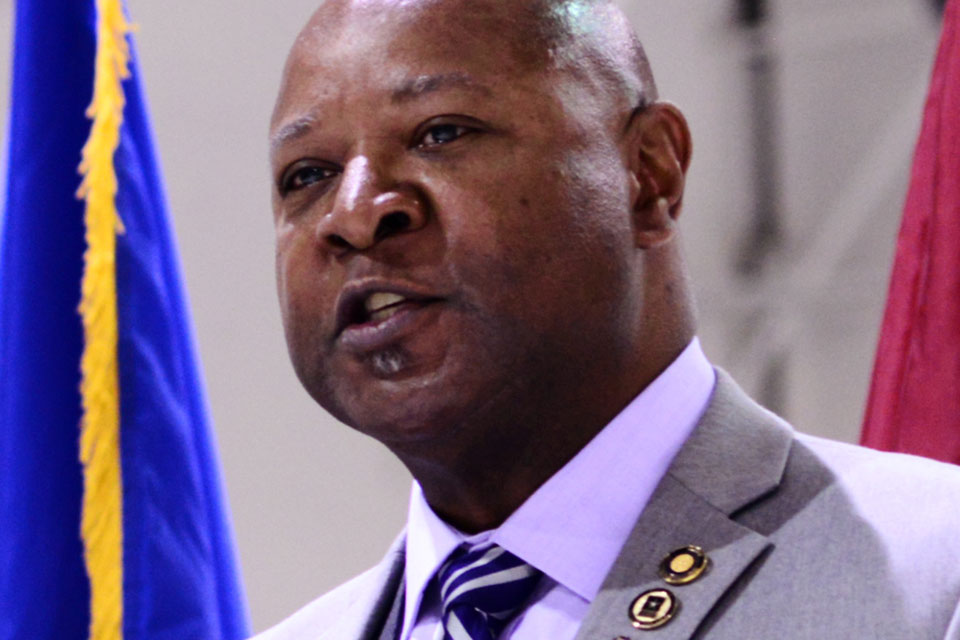 In a virtual town hall Tuesday, Sen. James Manning (D-Eugene), previewed next year’s legislative priorities, beginning with a short session during which he said senators and representatives were told not to bring forward any bills relating to guns or vaccines.

Each member of the House and Senate is able to bring two bills into the session, and both of Manning’s concerned firearm regulation: One, to curb the use of “ghost guns,” weapons which are often sold as do-it-yourself kits made from separately manufactured parts, each of which lacks any traceable serial number. Because the Federal Bureau of Alcohol, Tobacco, Firearms and Explosives (ATF) considers the kits to be unassembled parts rather than potential firearms, they are not regulated in the same way as guns. But “ghost guns” have risen in popularity, helped in part by the availability of 3D printers. They have also been traced to at least one mass shooting event.

“I’m a former police officer and a state corrections officer,” Manning said. “I know when I went out on a call for service as a police officer, I could have a general idea of what I was going to encounter. But you never know exactly what you’re going to encounter. So, if there is a criminal element that should not possess a firearm, that bill would have been really critical, especially when you’re in law enforcement going on these calls, not really knowing what to expect until you get there.”

His second bill, aims to close the “Charleston loophole,” which allows gun sales to proceed if the FBI does not complete the buyer’s background check within three days.

Closing the loophole “will prevent people that have been convicted of domestic violence from purchasing firearms,” Manning said.

“Unfortunately, it was determined that we would not be looking at guns or vaccines for the February short session.

"It’s five weeks, and those bills would draw a lot of attention and pushback, especially from some of my colleagues that are supporting guns for everybody regardless of age, size, or ability to use it. So, we’ll be looking at that in the 2023 session.”

Of the legislation’s temporary prohibition on gun- and vaccine-related bills this session, Manning said, “I don’t agree with it but I do understand it.

"We’re going into an election cycle and there are a lot of moving parts to that.”

Instead, Manning will be bringing one bill forward in February which would add a $10 recycling fee to the purchase price of a new mattress. Manning said that while he hopes this will end the blight of old mattresses discarded on roadsides, as well as end unnecessary waste, he also sees it as a job opportunity with a livable wage for adults experiencing developmental challenges. 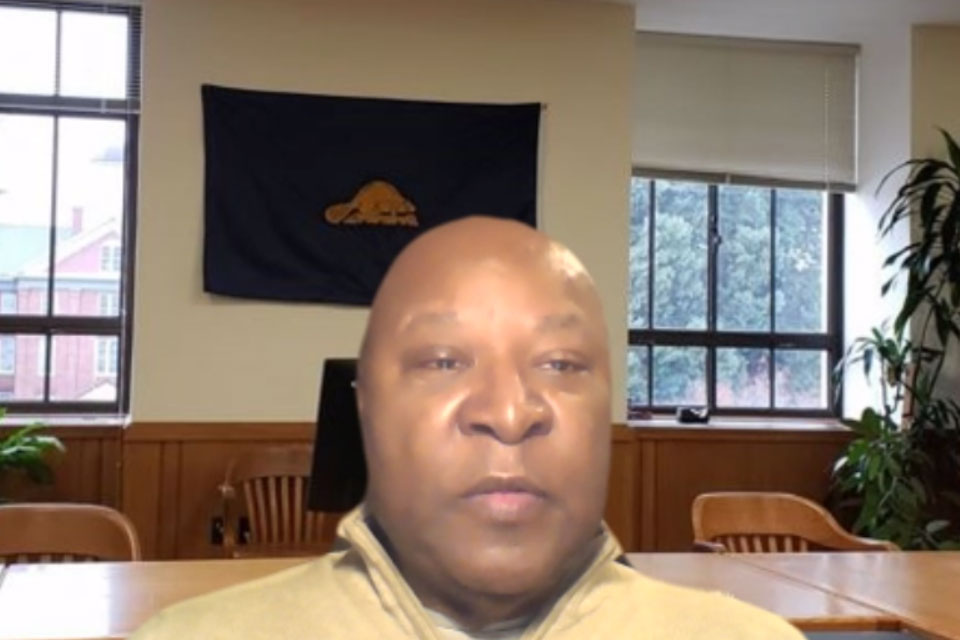 Sen. Manning participates at the virtual town hall via Zoom.“My younger brother is high-functioning autistic,” Manning said. “And he works. The feds say he can only make this amount of money and if he makes over that, he loses benefits. I think that’s wrong. We need to fix that. They’re working adults, they need to get paid the same wages as anyone else who would be able to do the same job. And, so, I’m eager to move that bill...It’s going to do a huge thing in terms of how we become better stewards of our landfill, and also our roadways.”

He is also a member of the emergency board, as well as the Task Force on Universal Health Care, after the passage of SB 770, which he co-sponsored in 2019.

In reflecting on the work he has been most proud of in the past year, he spoke about his position on the Project Turnkey advisory board. Project Turnkey was given $30 million in funds for tribal communities and counties hit hard by the wildfires in 2020. In Eugene, for example, Lane County Human Services used $5.5 million of the money to purchase a former Red Lion Hotel, and to install kitchen facilities and other upgrades in each of the 50 rooms to provide shelter for individuals and families who had lost their homes. An additional $35 million was available for the state’s other 28 counties less impacted by the fires.

“I’m pretty proud of that,” Manning said. “We established purchases of hotels in Eugene, Coos Bay, Bend, and those (accommodations) have been used by a lot of veterans particularly.”

But even if he cannot address it yet in the Legislature, Manning remains concerned by what he saw as potential COVID-19 test price-gouging. He spoke of his experience trying to get the required Covid-19 test within two days before an international flight, only to be told the test required a doctor's referral.

To him, this flew in the face of public health messaging.

“I found that kind of odd when we are encouraging people to get tested often, and now to find out that what we had expected was free was not necessarily free,” Manning said.

He spoke with Senate Committee on Health Care Chair Deb Patterson (D-Salem), who shared that she had received reports in her region of pharmacies and medical facilities charging anywhere from $50 to more than $200 per Covid-19 test.

“So, Sen. Patterson and I reached out to our attorney general’s office, and we posed the question:

"Does this type of pricing relate to price gouging?

"After a lot of research, the attorney general’s office said not necessarily can we say that’s price gouging, because we have not declared a state of emergency where access is limited.

“Ok, so I still have questions about that: What is the definition of an emergency when we are in a pandemic?...What we intend to do, Sen. Deb Patterson and myself under the Senate Committee on Health Care, we intend to push for legislation in the 2023 session to define what constitutes an emergency in a pandemic, with access to test materials and related things, so that we can get better understanding and be able to present to Oregonians in clear terms and language, this is what you need to do. Plus we will have (the Oregon Health Authority) to help us make sure that we understand which facilities and businesses offer free testing, regardless of insurance, so people will be more informed and won’t waste a lot of their time. I thought that was really important.”