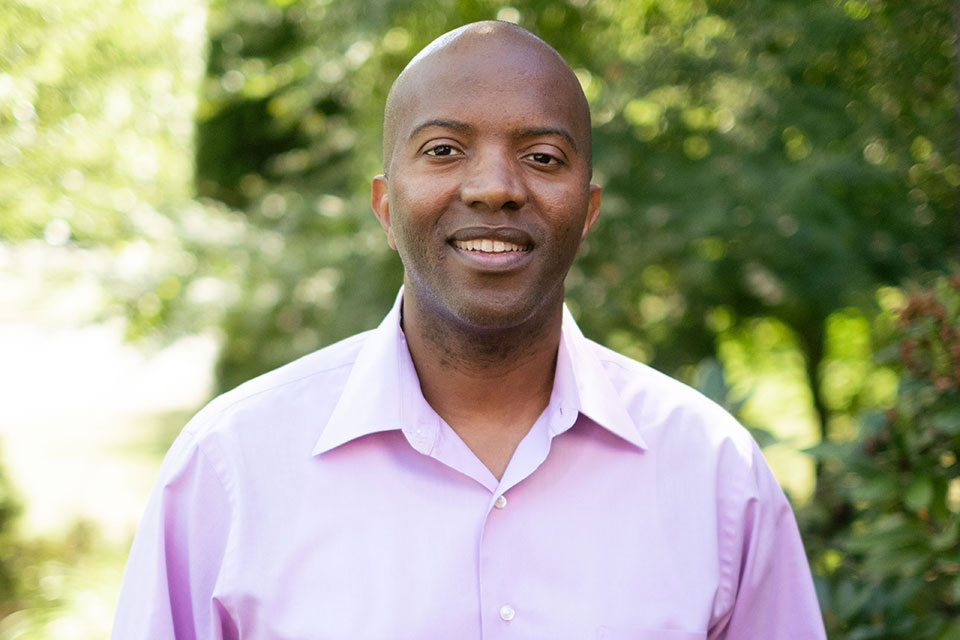 One Tuesday in August, physician Bukhosi Dube fielded questions from teens newly eligible for the Covid-19 vaccine. One admitted she’d promised her father not to get her first shot that day, even though a vaccination event was being held in the church parking lot outside.

Dube patiently listened as the girl explained why adults in her family didn’t trust Pfizer or the other alternatives available. Although Dube was a senior health advisor for the Oregon Health Authority's Covid-19 Response and Recovery Unit, he didn’t push or lecture. He calmly listened. He explained how the vaccine had been extensively tested, how so many health care professionals had received it safely.

It was one of the nearly 60 community conversations he’s conducted this year. Since January, Dube has become a fixture at vaccination events specifically geared toward the Black community.

“I think, to be honest, we're at a point where more information is not going to change people's minds,” Dube told The Skanner.

“It's that one-on-one engaging we're doing. There was a recent study by the Kaiser Family Foundation that found conversations with physicians are the number-one mover of vaccine hesitation. Number two is conversations with family members and friends."

Dube, a fixture at so many vaccination events in airport hotel conference centers, high schools, churches and community centers, says meeting people where they are, in a manner that respects their needs, is a core health care philosophy. It is also an approach he’ll bring to his new position as chief medical officer at Cascadia Behavioral Health Care in Northeast Portland.

Born and raised in Zimbabwe, Dube has lived in Oregon since 2011. He described being raised in a house where there was always an expectation the children would help others even early on, through volunteer work. That’s how, at 12, Dube began working with AIDS patients.

“I realize that I gained a lot from those experiences,” he said. “Back in those days, HIV/AIDS was a death sentence because we didn't have antiretrovirals. So people were emotionally naked, people were emotionally vulnerable, and for them to share themselves in that manner is incredibly rewarding. I think that's what makes medicine that much more rewarding. You meet people when they're incredibly vulnerable, and they are open and honest and it's very real.

"It's like touching the well of life itself -- at least that's how I feel.”

He also came across an unofficial biography of Christiaan Barnard, the South African surgeon who pioneered the heart transplant as we know it today.

“And for me reading that as a kid, it was incredibly moving that hey, this under-resourced university was able to pull off the first successful heart transplant,” Dube said. “The idea that you could take a heart from one human being and put it another human being, it was mind-boggling, it was awe-inspiring.”

In May, Dube and his colleagues were alarmed by Centers for Disease Control data that showed Black Americans being hospitalized with COVID-19 at three times the rate of their White counterparts. At one point, the rate was as high as 5.5.

Dube’s colleague Charlene McGee, program manager at Multnomah County’s Racial and Ethnic Approaches to Community Health (REACH), reached out to Dube, and they began to brainstorm about how to best educate the public about the risks and realities of the pandemic. In keeping with the conversational nature that had proved most effective in battling misinformation around the vaccine, the two landed on a radio show and podcast approach: Ask a Black Doctor.

“We have been fortunate enough that the REACH program and OHA (Oregon Health Authority) have been very, very supportive of this, and have essentially underwritten the program,” Dube said. “REACH has a very good pulse of what's going on in the community, so they funnel ideas to us.”

Dube also addresses the frequently asked questions he was experiencing during his community listening sessions. With episode titles like "Black Men and Covid-19 Vaccines," "Covid-19 Cases Among Children in the Black Community," and "Let's Talk About the Kids,” Dube speaks in conversation with co-host DJ Ambush and guests.

As Dube has witnessed firsthand, the pandemic is far from over.

“Right now, there are two things I'm very concerned about: the young adults are choosing not to get vaccinated, and as a result, if you look at who's being hospitalized right now for COVID-19, it's a lot of young adults,” Dube said.

“A lot of young folks don't seem to understand it's affecting them at a higher rate than other groups.

“The second thing is, even before schools reopened, we noticed there was an explosion in cases in the pediatric population. We noticed that for Black kids and Hispanic kids and Pacific Islander kids and Native American kids, their case counts were much higher than White kids -- I’m talking three to four times higher, so clearly there are some major disparities we need to address as a society that this pandemic has laid bare for us all to see.”

But he sees hope in the tented vaccination events he continues to frequent. At Reynolds High School earlier this week, he saw about 100 people receive their shots.

It is this kind of individual-focused work Dube looks forward to in his new role at Cascadia, which begins at the end of this month.

“I think the pandemic has highlighted how important it is to have these two things tied together, to have this collaboration that's organic, that's happening all the time,” Dube said. “Patients get better care when things are done that way.”