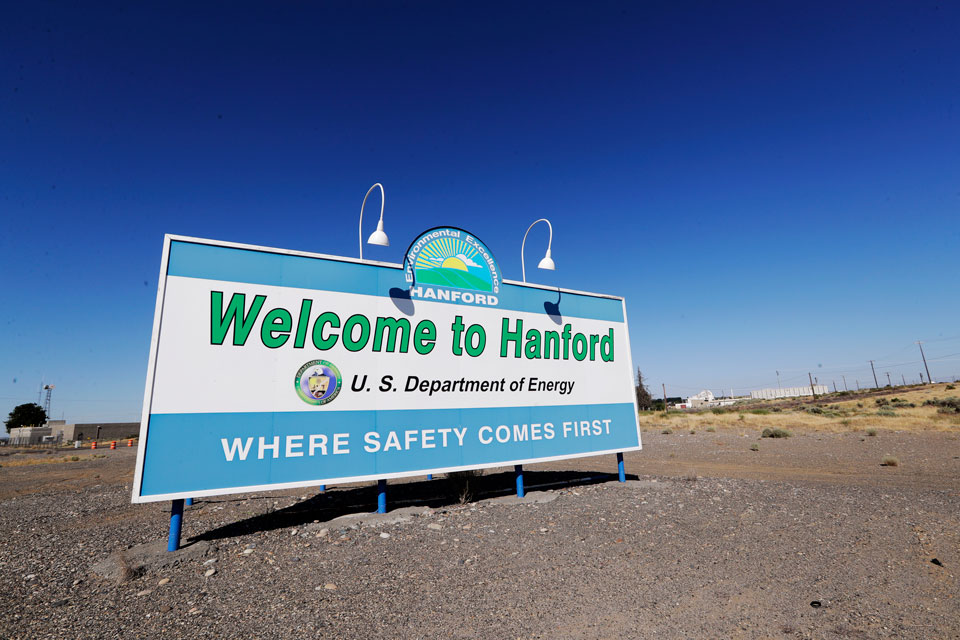 SPOKANE, Wash. (AP) — Officials in Washington state are upset the Biden administration is challenging a law making it easier for workers who become ill at a former nuclear weapons production site to be compensated.

The Supreme Court will likely decide in the next few weeks whether to accept the U.S. Department of Justice's appeal. If the high court rejects the case, the state law will stand.

State Attorney General Bob Ferguson on Thursday called on the Biden administration to “stop this assault on Hanford workers.”

“It's time to bring this fight to an end,” Ferguson said at a news conference at a Hanford union office in Pasco, Washington. “We want them to drop the appeal to the Supreme Court.”

“This is a matter of life and death” for Hanford workers," said Nick Bumpaous, a Hanford union leader, who called the appeal an "amoral endeavor."

The Justice Department did not immediately respond to a request for comment.

A law passed in 2018 by the Washington state Legislature made it easier for sick Hanford Nuclear Reservation workers to qualify for state worker compensation benefits.

The law required the Washington state Department of Labor and Industries to presume that radiological or chemical exposures at Hanford were the cause of any neurological diseases or respiratory illnesses claimed by past or current Hanford employees.

The U.S. Department of Justice under President Donald Trump challenged its constitutionality in 2019, on the grounds that federal jurisdiction over such matters supersedes state law. But they lost in federal court in Eastern Washington and on appeal to the 9th U.S. Circuit Court of Appeals.

Now the Biden administration has picked up the fight.

"This lawsuit angered me when the Trump administration filed it — and it continues to anger me now that the Biden administration is continuing it,” Ferguson said.

Tom Carpenter of Hanford Challenge, a Seattle-based watchdog group, said many of the chemicals workers are exposed to are known carcinogens.

Under the state law, many types of cancer are presumed to be caused by working at Hanford.

Workers no longer have to prove that their illness was not caused by something else in their lives, or that exposure to a specific chemical caused their illness. About 1,500 different volatile gases have been found in waste in Hanford’s underground storage tanks.

Hanford, located near Richland, Washington, was created by the Manhattan Project during World War II to make the plutonium used in the atomic bomb dropped on Nagasaki, Japan. The site went on to produce most of the plutonium for the nation’s nuclear weapons arsenal during the Cold War.

Currently, about 11,000 workers are cleaning up the radioactive and other hazardous chemical wastes left over from plutonium production. Hanford contains the nation's largest quantity of radioactive waste, and cleaning it up will take decades and cost billions of dollars.