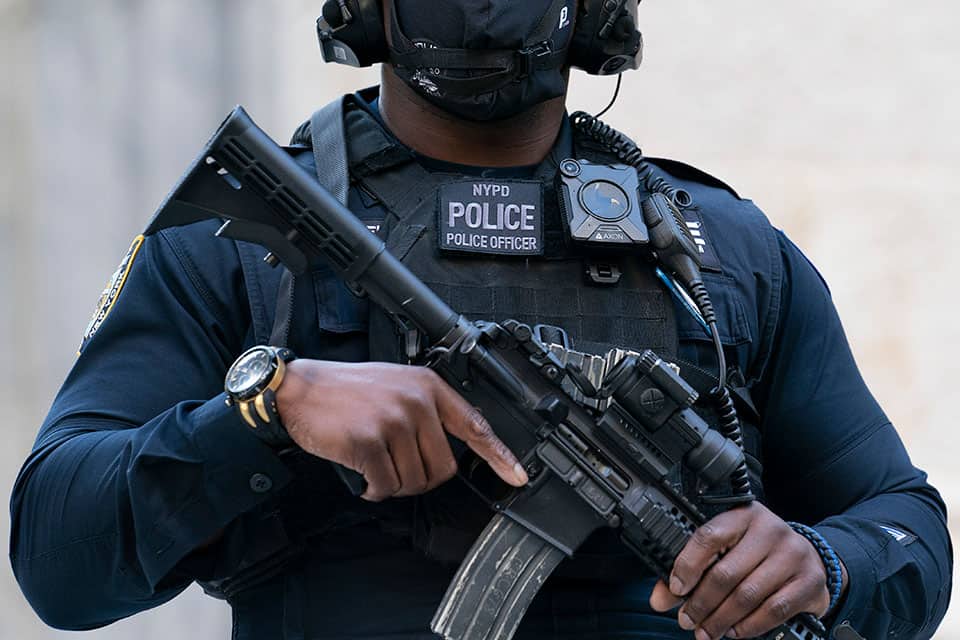 PORTLAND, Ore. (AP) — Portland, Oregon, Mayor Ted Wheeler is directing the police bureau to prepare for a body worn camera program in anticipation of the U.S. Department of Justice forcing the issue.

The Justice Department is urging the city to adopt body cameras and other accountability measures to bring the city back into compliance with the 2014 settlement agreement.

Wheeler said he directed the police bureau to begin researching the different camera systems available, seek bids from companies, and research federal grant money that might be available to help with the approximately $1 million tab to get the program started and estimated $1.5 million annual cost to maintain it.

Portland is the largest city in the U.S. that doesn’t use body cameras. The bureau was ready to launch a pilot program last year, but it was put on hold because of pandemic-related budget cuts.

What the cameras will see

Body cameras can automatically turn on if gunshots are heard, if an officer draws their weapon or when an officer turns on their lights and sirens. Supervisors can also see an officer’s camera stream in real time.

Other new technology and policies could assuage some critics’ concerns. For example, it’s much easier to blur victim and bystander faces before footage is released and public facing dashboards can be created to share footage.

I have been a longtime supporter of body worn cameras for the police. They are used in most large cities and are shown to assist in accountability, public transparency, and fewer reports of misconduct.

Before the pandemic, I proposed a body worn camera pilot program as part of my budget, but given the citywide budget reductions required due to the impacts of the pandemic, I had to withdraw my funding request for that initiative.

I am not alone in supporting police body worn cameras. At least 75 other large government agencies use body worn cameras for policing. As you might have read in the media, the U.S. Department of Justice has asked the City to adopt a body worn camera program as a remedy in order to achieve substantial compliance under our settlement agreement.  As it has also been publicly reported, body worn cameras are being discussed as part of the contract negotiations with the Portland Police Association. I cannot publicly comment about union bargaining while that process is ongoing.

Given that the issue of body worn cameras is being raised by the Department of Justice, it is important that I, as Police Commissioner, take steps immediately to lay the groundwork for a body worn camera program in the event the City Council ultimately approves such a program consistent with any bargaining obligations.

Accordingly, I have directed the Police Bureau to begin researching equipment options and bids from vendors, while also pursuing possible grant funding opportunities to help pay for a body worn camera program.

As we embark on this project, I encourage Portlanders to contact my office by email, [email protected], regarding their questions and thoughts on police body worn cameras.

Adding body worn cameras can benefit all of us by increasing the transparency of police work.

We are laying the groundwork now to make this a real option. I am committed to working cooperatively with the Department of Justice to achieve substantial compliance under our settlement agreement and to bargaining in good faith with the Portland Police Association on these issues.