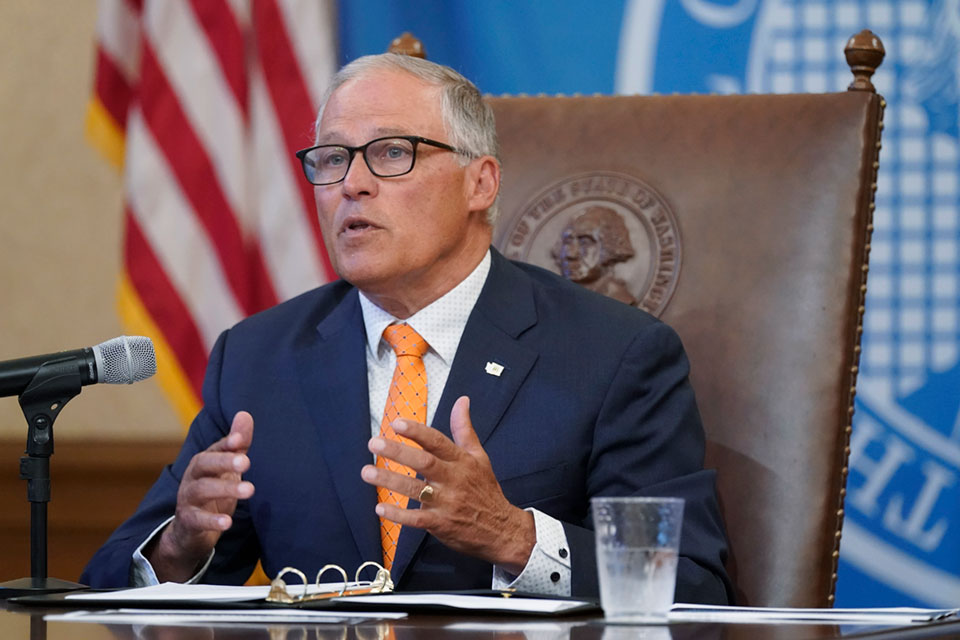 OLYMPIA, Wash. (AP) — Washington state officials have said a petition that was filed last month to recall Democratic Gov. Jay Inslee over his handling of the coronavirus pandemic was dismissed this week.

The governor's office said Wednesday that a judge ruled to dismiss the petition filed in May by five residents in a citizen group known as Washingtonians to Recall Inslee, KOMO-TV reported.

The judge ruled that the five charges alleged in the petition were “legally and factually insufficient,” according to the state attorney general’s office.

The residents could appeal the decision, but it was not immediately known if they planned to do so.

Members of Washingtonians to Recall Inslee alleged that the governor's order that limited activities in the state during the pandemic interfered with their rights to assemble, work freely, participate in religious activities and make their own personal medical decisions.

“Governor Inslee has committed lawless acts, and we need to hold him accountable for that, and that’s what we’re doing,” the group said in the petition announcement.

Washington was among the first states to implement sweeping restrictions in the early days of the pandemic. It has since eased many restrictions, and Inslee has said the state will fully reopen at the end of June or when 70% of state residents 16 and older have one vaccine dose, whichever comes first.