Advocates Disagree After Mayor and Police Ask the Public for Help 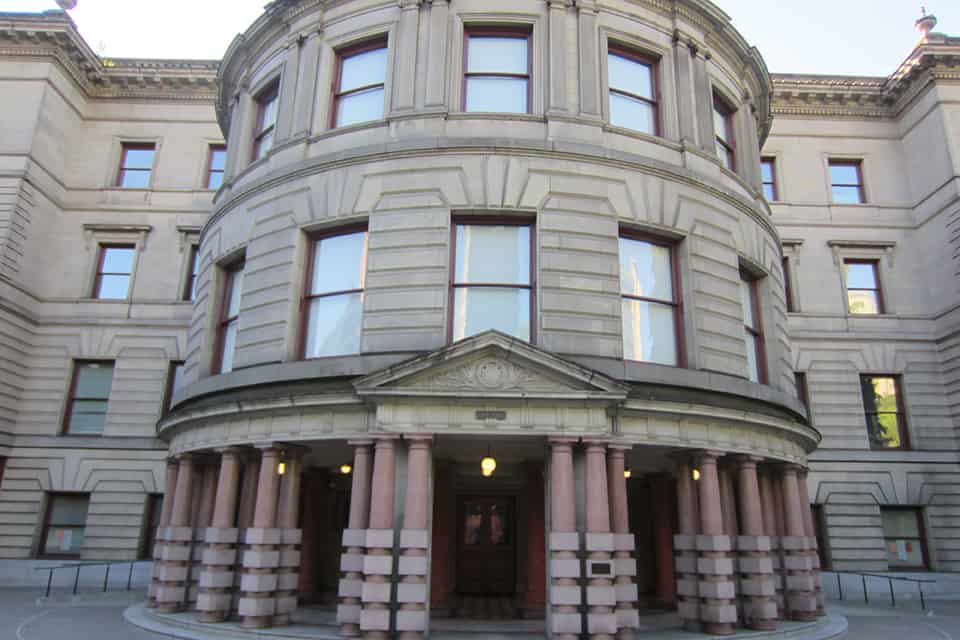 CORRECTION: A previous version of this article stated that Commissioner Mingus Mapps supported the advice of Mayor Ted Wheeler and Acting Police Chief Chris Davis that citizens write down the license plates of demonstrators wearing black attire. A representative for Commissioner Mapps stated he does not endorse such actions, nor has he been asked to comment on or endorse the mayor’s statements at the news conference. The Skanner regrets this error.

PORTLAND, Ore. (AP) — Portland’s mayor and acting police chief are urging the public to safely stand up to the black bloc group of demonstrators who continue to plan “direct actions” around the city that routinely end with broken windows, fires and other vandalism.

Portland Mayor Ted Wheeler and Acting Police Chief Chris Davis urged members of the public to write down the license plates of the demonstrators who frequently wear all black attire designed to make it difficult to recognize individuals and to report anyone who is overheard bragging about committing violence.

Stand up to the mob

Both said Friday they believe residents are tired of seeing the threats and destruction by a small group of “self-described anarchists,” The Oregonian/OregonLive reported.

“They want to bash, like they did to the nonprofit Boys and Girls Club in Northeast," Mayor Wheeler said.

“Really they want to intimidate. If BLM leaders can show the courage to stand up to this mob, then we all should. ... Make a stand and take our city back."

On Friday night police arrested two people after a group of people marched through a Portland neighborhood, with some blocking streets, breaking windows at some businesses and spraying graffiti.

The Portland Police Department released a statement early Saturday morning saying the demonstration had been declared a riot.

The police statement said about 75 people began marching in the streets at about 9:15 p.m., and the department received reports of broken windows and graffiti a short time later. Two people were arrested on suspicion of criminal mischief.

Wheeler asked residents to share with police the license plates of people who drive to the events in different neighborhoods and then dress in black clothing and grab shields or weapons from their cars.

And if people overhear others bragging about the violence they committed in the city, report it, he said.

“Our job is to unmask them, arrest them and prosecute them,” he said.

On Monday night, a group gathered in Northeast Portland and some smashed windows at the Blazers Boys & Girls Club, causing nearly $20,000 in damage.

A week ago, a large demonstration downtown became a riot that left windows of the First Christian Church broken, anti-police messages scrawled on the Arlene Schnitzer Concert Hall and windows shattered at the Oregon Historical Society.

Wheeler said he was extending a state of emergency in the city and directed the Police Bureau to arrest people engaged in any crimes if they can do so safely to prevent and limit destruction. He said he supported police using the controversial “kettling” tactic -- boxing in people -- if necessary.

The mayor declared a state of emergency earlier in the week before the guilty verdicts were announced Tuesday against former Minneapolis police officer Derek Chauvin in the May 25 murder of George Floyd.

The order gives Wheeler the power to set a curfew, blockade streets or call extra officers from the Oregon State Police and Oregon National Guard, if deemed necessary.

Wheeler and Acting Police Chief Chris Davis spoke Friday hours before another direct action was called in Couch Park in the Pearl District.